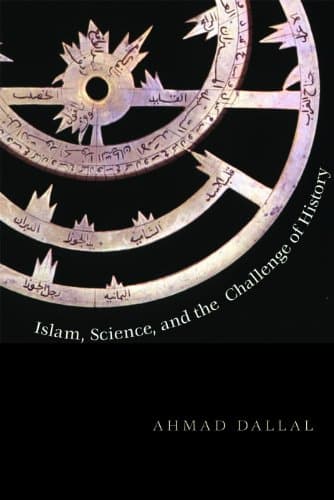 In this 2010 book published by Yale University Press, Ahmad Dallal addresses the epistemological question of the relative authority of religious knowledge and scientific knowledge. The book is broken into four large chapters: “Beginnings and Beyond”; “Science and Philosophy”; “Science and Religion”; and “In the Shadow of Modernity”. Dallal notes that

The scope of Islamic scientific activities is vast. Science in medieval Muslim societies was practiced on a scale unprecedented in earlier or even contemporary human history. In urban centers from the Atlantic to the borders of China, thousands of scientists pursued careers in many diverse scientific disciplines. Until the rise of modern science, no other civilization engaged as many scientists, produced as many scientific books, or provided as varied and sustained support for scientific activity.

However, most of this scientific work is unknown, Dallal writes, as “most [Arabo-Islamic scientific manuscripts] remain unstudied and are often even not catalogued”. And, he notes, “Arabo-Islamic scientific culture is a legacy of the past and a hope for the future but absent, in effect, in the present.” These things mean that today there are many opinions about science and religion as they relate to the Islamic world, and most of those opinions are historically uninformed.

Dallal frames his inquiry around three concerns: What cultural forces provided the conditions for debate over the primacy of religion or science? How did these debates emerge? And how were they sustained? His primary objectives are to study science in Muslim societies within its larger cultural context and to trace the epistemological distinctions between science and philosophy, on the one hand, and science and religion, on the other. He looks at religious and scientific texts and situates them in the contexts of religion, philosophy, and science. Finally, Dallal describes the relationship negotiated in the classical (medieval) period between the religious, scientific, and philosophical systems of knowledge that is central to the Islamic scientific tradition and shows how this relationship has changed radically in modern times.

Click here for a preview, courtesy of Google Books