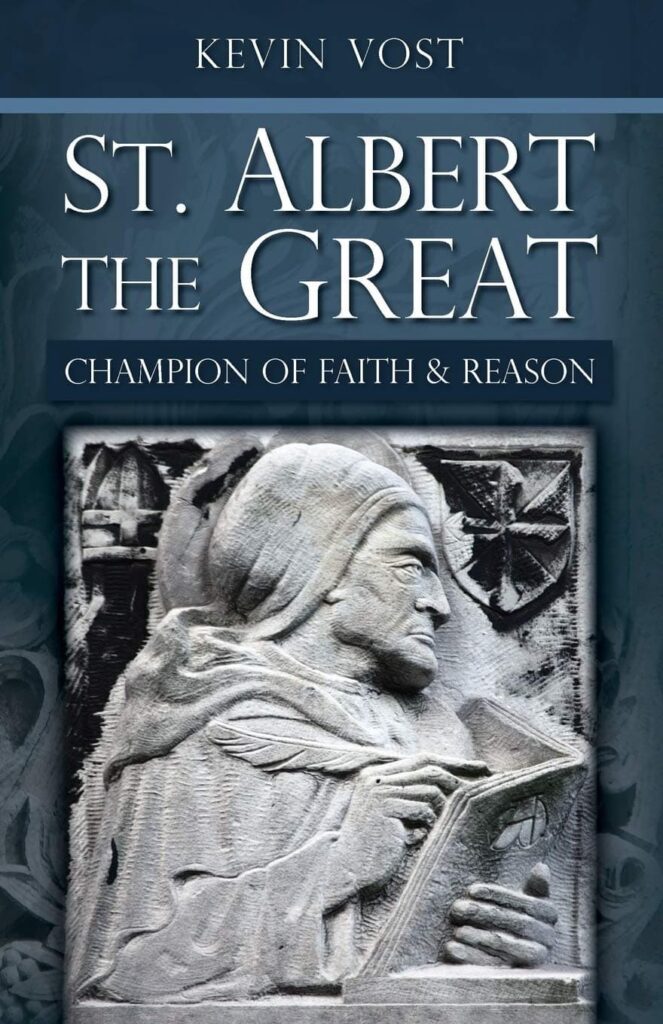 Pope Pius XI described Albert the Great as having “an insatiable thirst for truth, a patient, tireless energy of inquiring into natural phenomena, a vivid imagination joined to a tenacious memory,” and an esteem for the wisdom of the past.  This 2011 biography of St. Albert the Great was written by Kevin Vost, who writes:

St. Albert has been described as a scientist by temperament, a philosopher by choice, and a theologian by mood.  When a natural explanation appeared to explain an observable phenomenon or process, such as the operation of our senses, Albert did not feel the need to interject a supernatural cause.  Thus for Albert there was never conflict between science and religion, faith and reason, the material and the spiritual realms; indeed, as we saw earlier, for him “the whole world was theology,” because “the heavens proclaim the Glory of god.” And as St. Albert made clear in his On Physics: “Whatever is known by two ways instead of one is better grasped; hence what is known by faith and reason is better understood them that which is known only by faith.”

From the publisher, TAN Books:

Even while he was still alive, Dominican friar Albert of Cologne was widely called Magnus, the Great. His contemporaries said St. Albert simply knew all there was to know; he was a scientist, theologian, and philosopher; a teacher, preacher, and negotiator; a shrewd shepherd and an unflinching defender of the Faith. The time has come to re-discover St. Albert’s greatness, and to profit from his prodigious wisdom and virtue as did his famous student, St. Thomas Aquinas. Author Kevin Vost presents St. Albert’s brilliant scholarly career at the height of the Church’s intellectual renewal in the thirteenth century. St. Albert was tireless (and courageous) in his leadership and works of reform as a Dominican provincial and diocesan bishop. Desperate popes pressed him into diplomatic missions, hoping that Magnus might succeed in making peace where lesser men had failed. These pages not only tell St. Albert’s story they share his lessons. Each chapter uses Albertine teachings, and the witness of the saint’s life, to instruct, edify, and inspire us to greater holiness and more ardent love. Read St. Albert and see why the greatest man of his age has great things to offer our age as well.