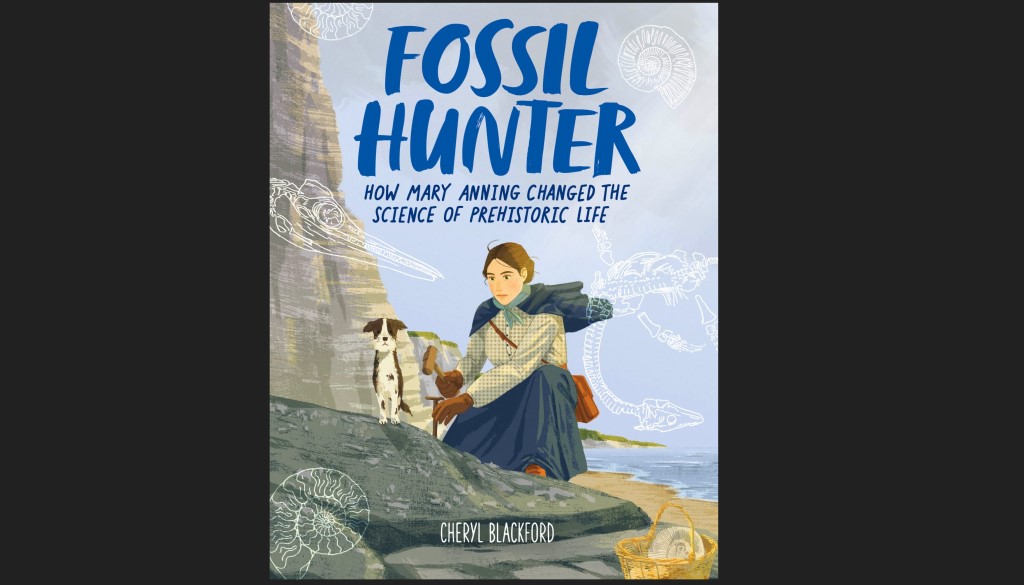 Author Cheryl Blackford tells the story of Mary Anning, “a complicated person—religious…, proud, sometimes rude…, and yet kind, generous, and affectionate, too”. Anning was from a poor family, and she fit neither in the world of her family nor in the world of the far wealthier people who shared her interest in fossils. From the publisher of this 2022 book:

Mary Anning grew up on the south coast of England in a region rich in fossils. As teenagers, she and her brother Joseph discovered England’s first complete ichthyosaur. Poor and uneducated, Anning would become one of the most celebrated paleontologists ever, though in her time she supported herself selling by fossils and received little formal recognition. Her findings helped shape scientific thinking about extinction and prehistoric life long before Darwin published his famous work on evolution.

With engaging text, photographs, and stunning paleoart, Fossil Hunter introduces this self-taught scientist, now recognized as one of the greatest fossilists the world has ever known.

The book is mostly about Mary Anning’s work with fossils, but it also touches on her faith, on the role of other people of faith (mostly clergymen in the Church of England) involved in the search for fossils, and on the difficulties these people experienced in finding that the world appeared to be old than what a plain reading of the Bible would seem to suggest.

Click here for a preview, courtesy of HarperCollins, the publisher.