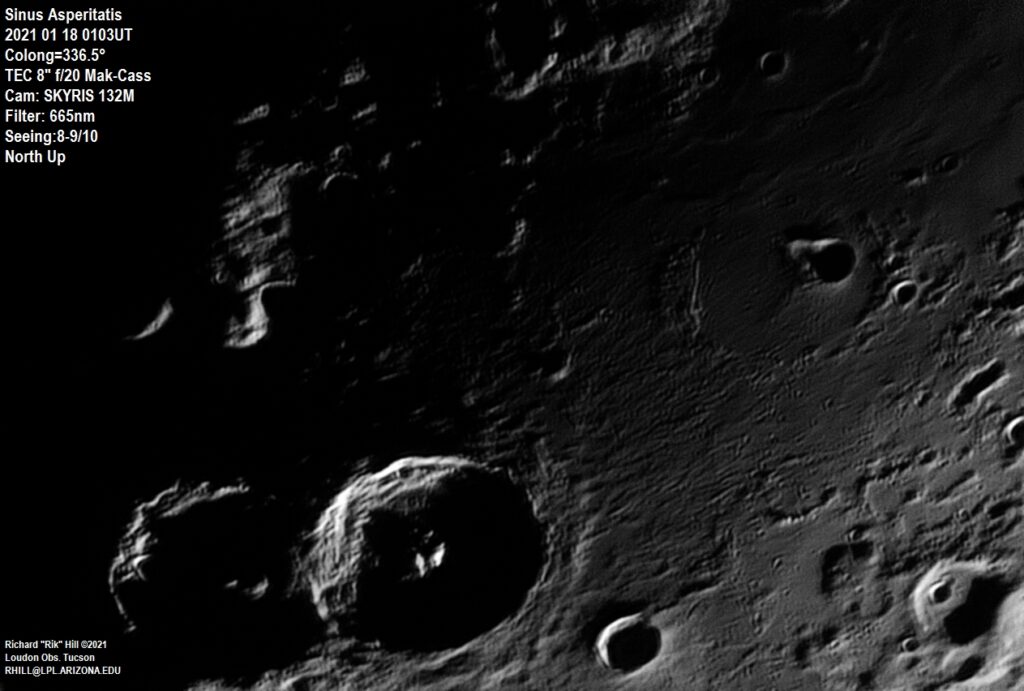 North and east of the great crater Theophilus (diam. 104km) is Sinus Asperitatis (“Bay of roughness”) that opens towards Mare Tranquilitatis to the north. Right in the middle of the sinus is the pear-shaped crater Torricelli (roughly 20x30km) sitting off center in the ruins of an ancient unnamed crater about 90km diameter. Torricelli is undoubtedly the product of a two crater merger. The U-shaped feature at the top middle of this image is the crater Hypatia (43km) an old partially ruined crater.

Of course the “elephant in the room” is Theophilus catching the first rays of the morning sunlight with its central peaks casting shadows across the floor of the crater. The low sun angle displays details in the ejecta blanket to the right of the crater down to Madler (29km) below Theophilus with a little dorsum for a tail. To the left of Theophilus is a similar sized, impressive crater, Cyrillus (100km). With Theophilus on top of Cyrillus it’s easy to say that Cyrillus is older, in this case by a billion years. Above these two craters is the magnificent bright Mons Penck (4000m tall). What a great view one would have from the top of this mountain looking over this sunrise selenoscape! 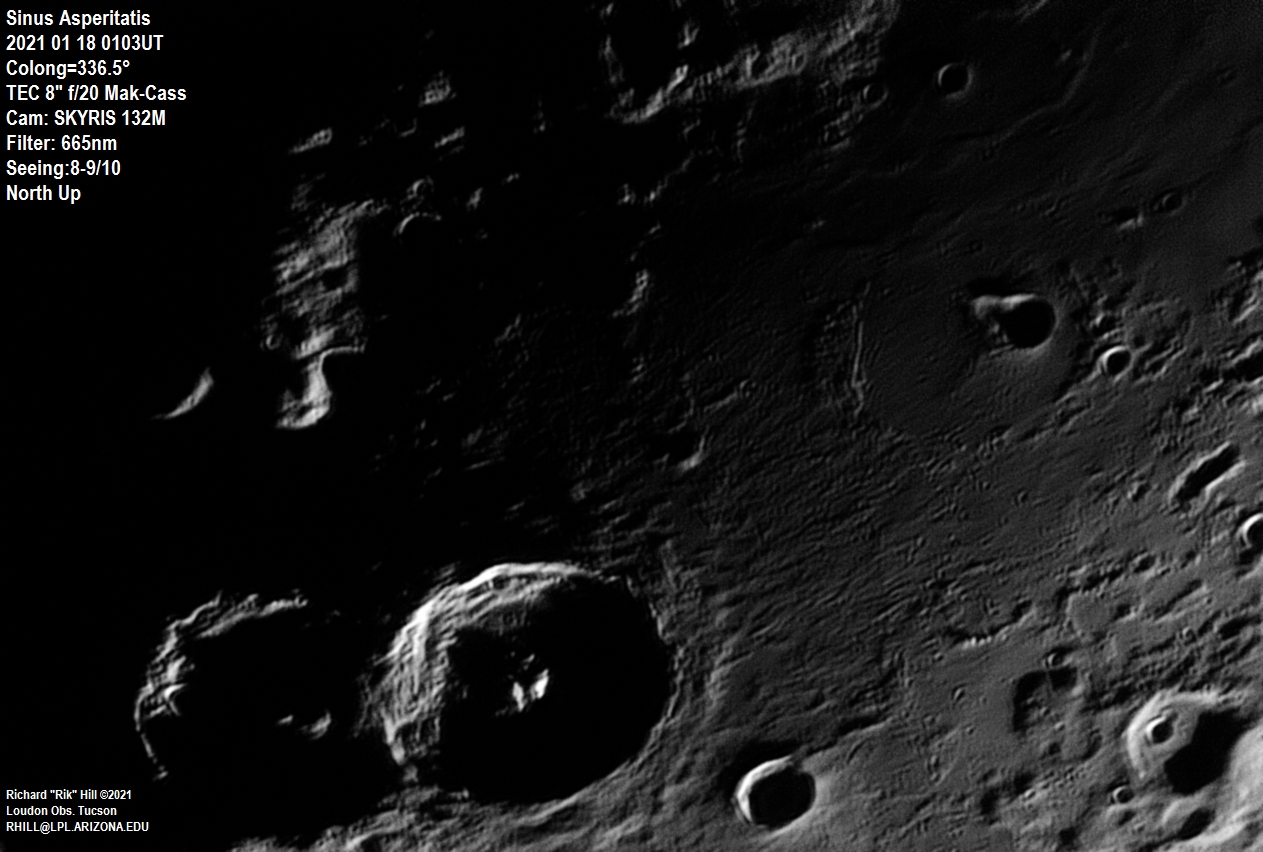