This column first ran in The Tablet in November 2016

When I first arrived at the Vatican Observatory, more than 20 years ago, I decided to take advantage of its extensive meteorite collection by doing a systematic measurement of meteorite densities. Why? Mostly because no one else had done it before; no one had ever had both the access to such a collection, and the time to make such a survey. (It’s taken more than twenty years, and the work continues.) 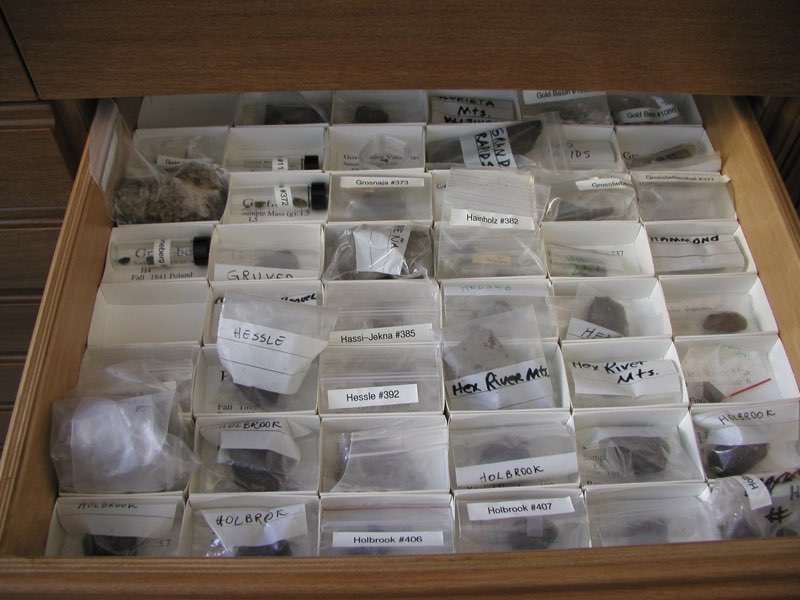 When I arrived at the Vatican Observatory I discovered a collection of more than 1000 meteorites; this is just one drawer’s worth…

Soon after I started publishing my first results, spacecraft began visiting the asteroids that were the source of these meteorites, measuring their densities as well. The first surprise was that the asteroids were far less dense than the meteorites derived from them… showing that the asteroids were not solid rocks but rather, loose piles of meteoritic rubble. Our meteorite data allows us to make specific, quantitative estimates of the actual rock and metal content to be found within a given asteroid.

Still, both their detailed spectral colors and the actual samples returned by the Japanese Hayabusa probe confirm that these asteroids are made of the same material as the meteorites in our lab. Now NASA’s OSIRIS-REx mission is already en route to bring back larger samples from a dark, water-rich asteroid while the Japanese and Europeans have other sample return missions in various states of development. A more ambitious NASA project, the Asteroid Redirect Mission, hopes to actually capture a small asteroid and move it into a more convenient orbit around Earth, to be exploited at our leisure.

My interest in studying asteroids in such detail has been purely scientific; asteroids are, after all, the leftover bits from the era when planets like our Earth were formed. Of course, this information could help us to characterize potential “killer” asteroids whose path may sometime intersect Earth’s, with a destructive impact. The bright fireball over Chelyabinsk back in February, 2013, whose sonic boom sent more than a thousand people to hospital, shows that such concerns are not just the fodder for Hollywood movies. 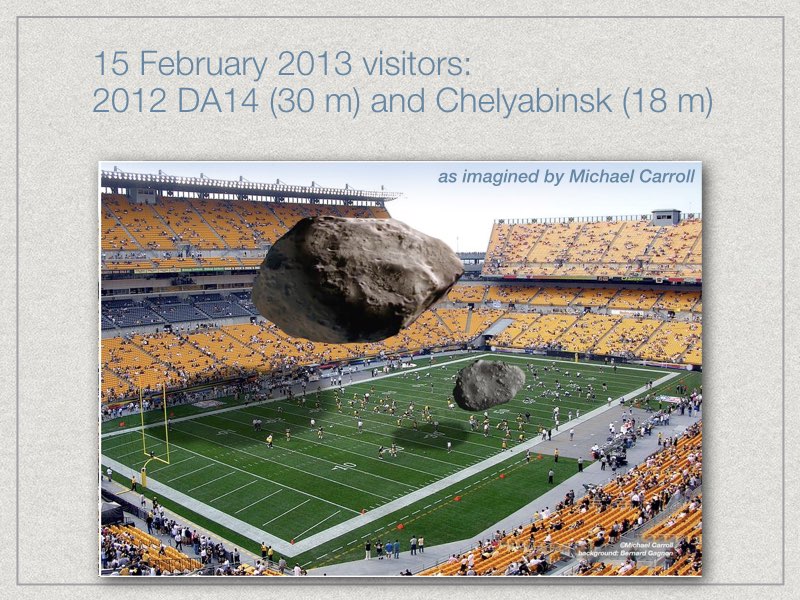 Two recent visitors to Earth, with an image by my friend Michael Carroll (slide 12 of my presentation)

But there’s another use that our data are being put to nowadays. Private corporate ventures – Planetary Resources Incorporated, Deep Space Industries, Kepler Energy and Space Engineering, Asteroid Mining Corporation – are lining up to commercially exploit resources from those asteroids that pass near to the Earth (see my column from April, 2012). Some are concentrating on extracting water from these asteroids, to be used for rocket fuel in space itself. Others look to derive platinum and other rare and valuable metals from these asteroids to be sent back to Earth.  Given the non-stop solar energy available in space, one could eventually see these asteroids serve as sites not only for mineral extraction but for manufacturing as well. 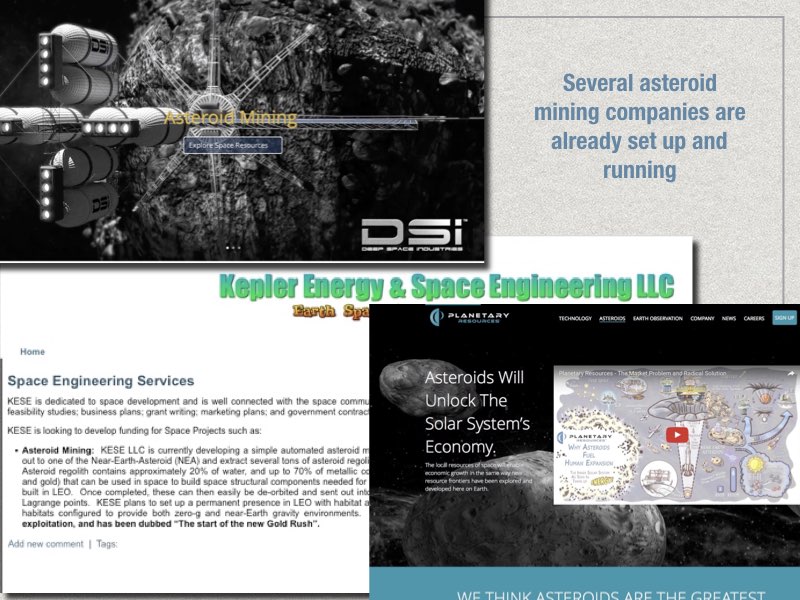 This prospect was the topic of a paper I presented to the Pontifical Academy of Sciences meeting on sustainable resources [in November 2016… you can see the video of my presentation here!

It would certainly be good to move the messy business of mining and manufacturing off the surface of our fragile planet. But  the economy of developing nations depends on exporting minerals. And, unlike the jobs provided by mining on Earth, space mining will probably employ at most a small number of clever programmers and robot operators. Of course, the lives of miners in the third world is harsh; and their minerals are also the source of endless armed conflicts.

This all speaks to the urgent need to rethink the ethics of our current economic system. (I don’t claim to have the answers!) But whether asteroid mining occurs in 10 years or 100, it is inevitable… with an impact as widespread as any killer asteroid.