This column first ran in The Tablet in February 2014

“What Good is God?” was the title of the 2014 Bannan Institute Program at Santa Clara University, the Jesuit school in California’s Silicon Valley. This month they invited me ask: why does science need God? I proposed that the answer is found in a different question. Why do we do science? 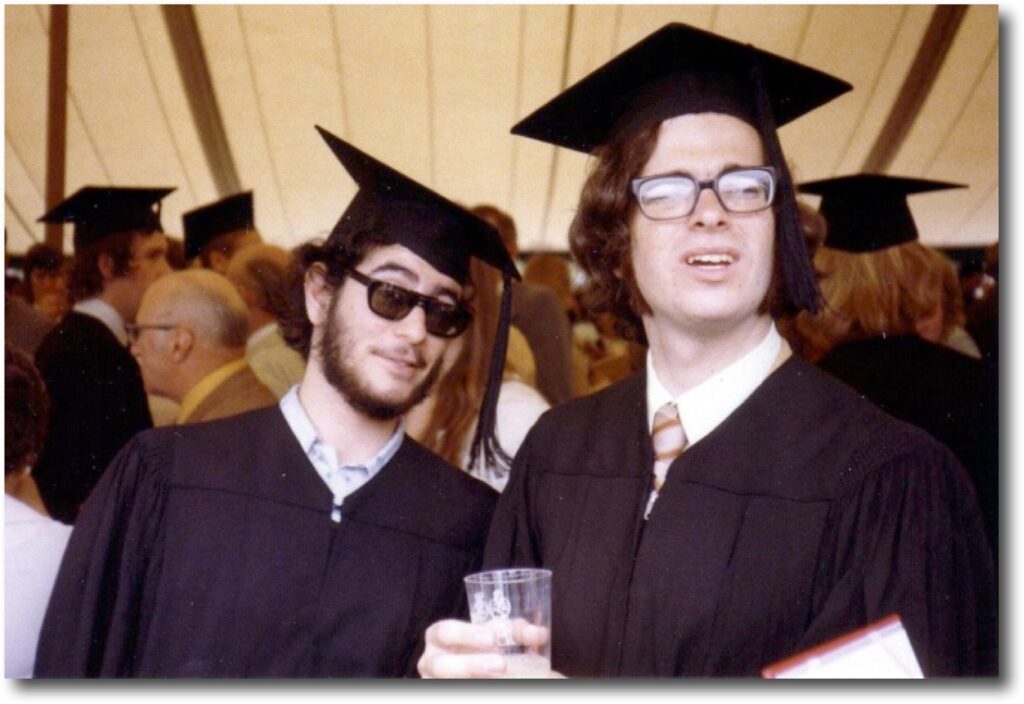 Can you believe I entrusted my whole future life to that goofy looking Guy on the right? (Yes, that’s me, the one with the bad hair and no beard) When I was graduating from MIT in 1974, what did I really expect to get out of being a scientist? Why did I choose that path?

What do we hope to achieve when we decide to be a scientist? What counts as success? Tenure, prizes, citations in the literature… are those the ultimate goal of science? And what motivates us personally to choose to do science, instead of going into banking or selling neckties? Maybe it’s the pleasure in finding patterns and solving problems; doing science is like being paid to solve jigsaw puzzles. But is that our ultimate goal? Would we give up tenure for the chance to work on a really fun puzzle? Certainly science is a search for truth. In real life, however, it’s never that simple. Truth is too abstract, and too elusive, to actually get you up in the morning and head into the lab.

I suspect, instead, that what really gets us up in the morning is something more immediate: joy.  Anyone who’s ever seen a Hubble image of a nebula, or a spacecraft’s Martian landscape – search the internet – has tasted that joy. But joy is deeper than eye candy.

A few years ago, teaching university physics, I was going over Maxwell’s Equations… I had written them on the blackboard, and we’d begun the mathematical manipulations that Maxwell had first done back in 1865… here was the equation for how electricity gives rise to magnetism, and there how magnetic fields give rise to electric fields… and then if you take a derivative here, and put in a substitution there… As I wrote down the result of this derivation, the final equation, a complicated scrawl of E’s and t’s and del’s and mu-sub-zeros, before I had a chance to turn around and explain to the class what it all meant, my brightest student in the front row suddenly gasped aloud: “Oh my God! It’s a wave!”

Well, yes. The result is indeed the wave equation. In fact, every bit of science we can extract from Hubble’s glorious pictures starts with Maxwell’s equations, and the fact that (oh my God) it’s a wave. The fact that it’s a wave gives us radio; power lines transmitting alternating current; everything electronic; eventually, Einstein’s Relativity. Now, it takes a few years of studying physics, but when you get there, take my word for it – take my student’s word for it – it’s an Oh My God moment. 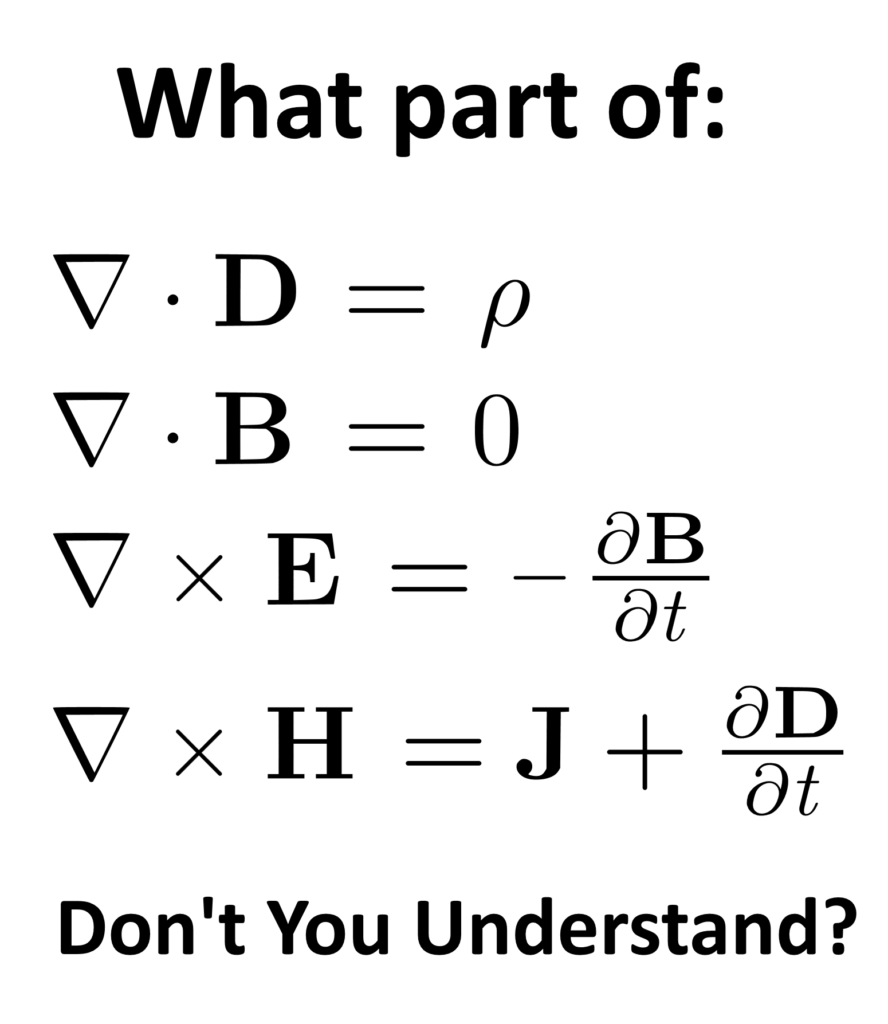 In my forty years of research, I’ve had a handful of those moments. Nothing as big as Maxwell’s, of course. But it’s not publishing the final paper that I remember; it’s the gasp of amazement the first moment I suddenly saw an unexpected pattern in nature.

Where is God in Science? Science is about the universe – every thing – and God is its Creator, immanent everywhere. Science is about Truth; as Christians, we follow a God who has told us He is “The Way, the Truth, the Life”. But most immediately, science is a source of satisfaction and joy. And Ignatian spirituality tells us that God is the source of consolation, often without cause – the joy that surprises.

This is not a sort of pantheism. God is not the same thing as the laws of nature. But everything that makes science worth doing, desirable to do, everything that gets us out of bed in the morning to do it, is a pointer toward God.

The part of us able to breathe “oh my God” is the human soul: the image and likeness of God. Science needs its “Oh, my God” moments. Science wouldn’t happen, without it.