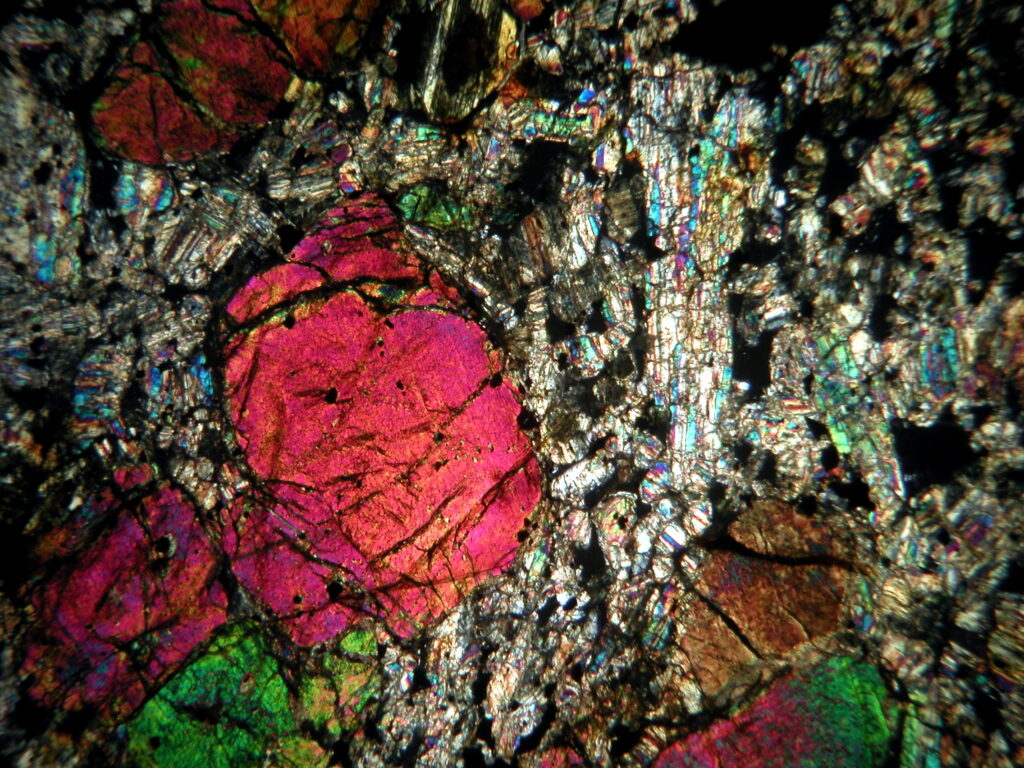 This column from The Tablet first ran in September 2011 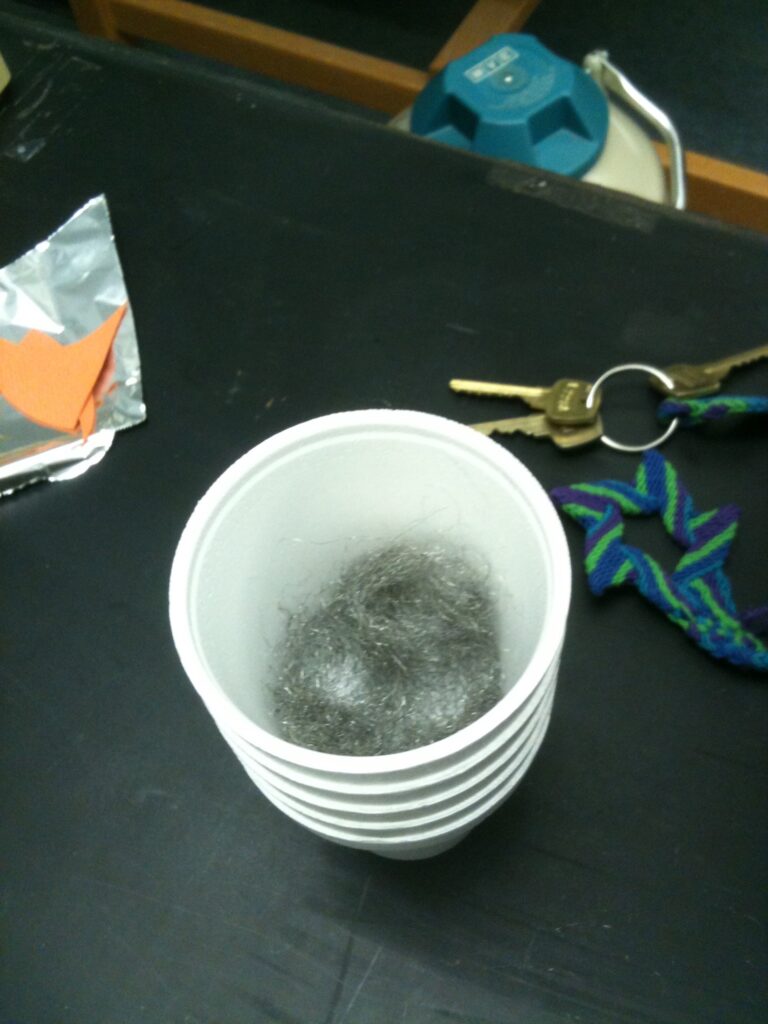 Science is a marriage of theory and experiment. Sometimes the marriage is literal. The colleagues I visited this month [2011] at Louisiana State University, Brad and Martha Schaefer, have been married 30 years; she’s a whiz in the lab, he’s a math guru.

The three of us have been looking for a quick and non-destructive way to measure the heat absorbed in a meteorite when it is raised from the cold temperatures of space to the temperature where water melts. Meteoritic material is typical of the rocky stuff mixed with ice in the moons of Jupiter and Saturn; if those moons melt, the molten regions could be oceans of life beneath their icy crusts. Indeed, Jupiter’s moons deflect its magnetic field in just the way you’d expect from deep internal oceans; and, more dramatically, we actually see geysers spurting out the surface of the Saturn moon, Enceladus.

If you want to know how much heat it takes to melt those moons, you have to keep track of all the different places where that heat can go. Measuring heat capacity can be done with great precision using (expensive) modern equipment. But it requires carving your meteorite into a little disk; and it takes two days to run each measurement.

So instead we’ve come up with a fast-and-dirty way to determine the heat content of our meteorites. We drop a sample into a container of liquid nitrogen, and watch the liquid boil away until the rock is as cold as the nitrogen… a cool 200 degrees below zero (Celsius), about the same as Saturn’s moons. We know how much heat it takes to boil away a gram of liquid nitrogen; count the number of grams gone, and (in theory) you know how much heat came out of the rock.

The details, of course, are devilish. For the past month, Martha has been designing the best way to set up the experiment. For example, after trying many different kinds of liquid nitrogen containers, she finally concluded that a stack of styrofoam coffee cups works better than far more elaborate dewars. (Well, we wanted a simple, cheap solution.) Brad, meanwhile, has worked out the surprisingly complicated equations to correct for how much heat is absorbed from the bottom and sides of the cup instead of the meteorite.

We’ve also been perplexed by any number of inexplicable fluctuations from run to run. Why the variations? Alas, the results of any experiment may tell you something that is completely true, but the question it answers isn’t necessarily the one you though you were asking. If we’re actually only seeing how static electricity on the styrofoam affects the electronics of the scale, when we thought we were measuring fluctuations in the heat content, we will draw seriously erroneous conclusions.

Error in experiment comes in two varieties. Some error is random; you hope that by running the experiment many times, this sort of error will eventually average itself out. But other error is built into the system, and always misleads you in the same direction.

When teasing truth from nature, it’s useful to have some ground truth (in our case, the well known heat capacity of a standard mineral, like quartz) against which you can test your procedure, to look for systematic errors. Knowing what the answer ought to look like – theory – is a good test for an experiment’s accuracy.

But, of course, some error is just… well… a mistake; as we discovered when Brad (or was it Martha?) discovered that an essential term in Brad’s equations had mysteriously disappeared from the computer code Martha was using to process her data. When theory and experiment don’t agree, each side is liable to blame the other. But then, a strong marriage isn’t afraid of a little bickering.