Here it is, irresistible when on the terminator, “the awfulest” crater on the moon as my mentor Jim Loudon (from Univ. of Mich.) used to call the 104km diameter crater, Theophilus seen here in all its magnificent glory just below center. Its spectacular central peaks and wonderful terraced western wall are displayed in morning sunlight with the crater still half filled with shadow. Just below is the older, more tortured crater Cyrillus (100km dia.) with its great rimae on the floor just beyond the shadow’s edge. West of Cyrillus (left) still deep in shadow is Ibn Rashd (34km) and a little further is similar sized Kant (32km) even deeper in shadow.Above these two craters forming a isosceles triangle is Mons Penck rising some 4km above the plain to its east. North of Theophilus is the plain Sinus Asperitatis splattered with the radial streaks of ejecta from the Theophilus impact, full of small (<5km) secondary craters. This is an enjoyable area for high powered viewing or imaging on a good night, with all the detail available. Moving further north we see the little sideways pear-shaped crater Torricelli (24km in the long dimension). It sits north of center in a much more ancient crater that is almost completely destroyed and only well seen at low lighting angle as with this image. It is a shame that this feature is unnamed as it is very interesting with the rima on the western wall. Torricelli gets its shape from the merging of two impacts, one about 15km diameter and the other about 10km, as measured on LROC QuickMap. It's likely they occurred at nearly the same time creating the very smooth floor. Note the small crater on the southern wall of Torricelli. Though it looks quite round here on the QuickMap it shows as triangular! Before leaving this area of craggy delights scan over to the western shore of the Sinus to see the odd-shaped, shadow filled crater Hypatia (43km). Though it has no central peak per se, we can see two little points of light in the interior where some low mountains are just catching the morning light. As another day begins in Sinus Asperitatis. 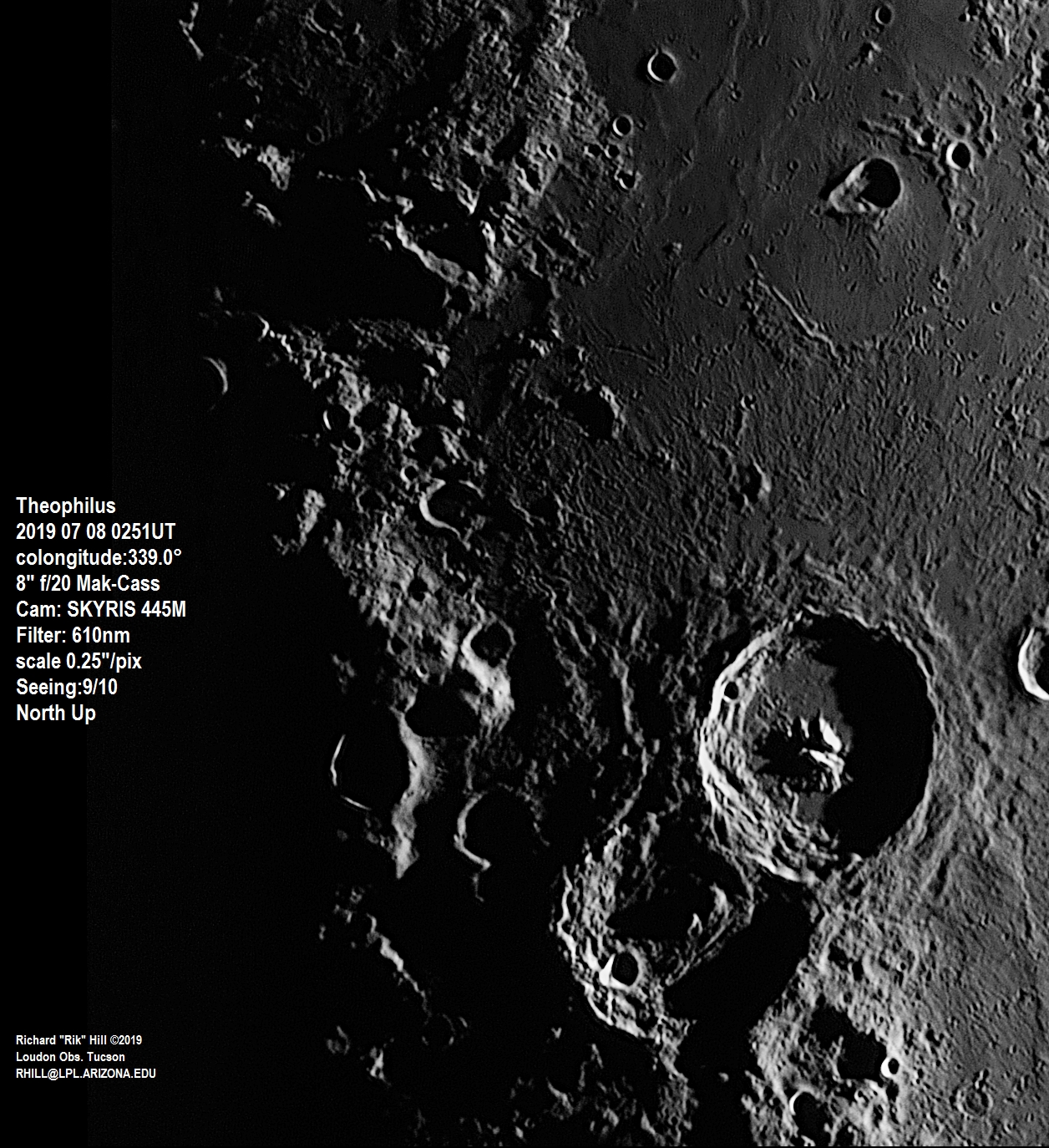