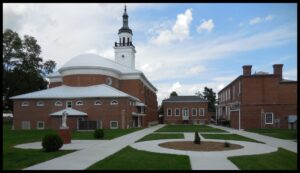 This summer I had the pleasure of visiting the “Jewel of the Wabash”—“Indiana’s First Library” —the Old Cathedral Library of St. Francis Xavier parish in Vincennes, Indiana, within the Diocese of Evansville.  St. Francis Xavier, which dates to 1732,* is the “Old Cathedral” of what was at one time the Diocese of Vincennes.  The library, which dates to 1794, consists in large part of the eight thousand volume collection of the first bishop of Vincennes, Simon Guillaume Gabriel Bruté de Rémur (1779-1839).  Since 1969 almost all these books have resided (thanks to the generosity of the Eli Lilly Endowment, Inc., of Indianapolis) in an underground vault, behind a massive steel safe door that would do a bank proud; but before that they just lived in an old brick building on the parish grounds.  Bruté served as bishop of Vincennes from the establishment of the diocese in 1834, but it took him until 1838 to get his library shipped to the church.  There it served a seminary and a college that he had founded.

I had been to the Old Cathedral Library about decade ago while passing through Vincennes on a family vacation, and I seemed to recall some science books on display at that time in the library’s museum—just the sort of thing that might be of interest to the readers of this blog.  The good people of St. Francis Xavier and the Diocese of Evansville allowed me to explore the library one afternoon this past July to see just what holdings were there.  And yes indeed, in this frontier cathedral’s library, there were science holdings.

Left to right—Nancy Carie and Jean Nowaskie of the Old Cathedral Library and Museum; Fr. Dave Fleck, pastor of St. Francis Xavier church; Tim Lilley, Director of Communications for the Diocese of Evansville, Indiana, and an avid amateur astronomer and HAM radio operator.  Thanks to these people, I got to explore the library with my wife, Christina. 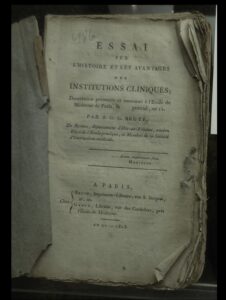 A copy of Bruté’s dissertation, on the topic of clinical institutions, published in Paris in 1803, the year he defended the dissertation at the school of medicine in Paris.

In a sense this should not be surprising.  It turns out Bruté had been a top-notch student of science—one of the best students in his class at the medical school in Paris.  So of course his library would include quite a bit of material on a variety of sciences, including astronomy.  Still, Indiana was being settled at the time, and was pretty rough country: the land of Abraham Lincoln’s youth (Lincoln had actually passed right by St. Francis Xavier in 1830 as his family moved from Indiana to Illinois); a land that had only become a state twenty years earlier; a land from which the Potowatami Indians were being forcibly evicted while Bruté was bishop, passing only a hundred miles to the north on a “Trail of Death.”**  Was it really worth the trouble and cost to haul crates of science books to this country, all for a church library? especially for a guy who apparently owned so little other stuff of worth that a decent set of clothes had to be borrowed for his burial!  Obviously, in the opinion of the first bishop of Vincennes, it was indeed worth it (and worth it to have some up-to-date astronomy books, too). 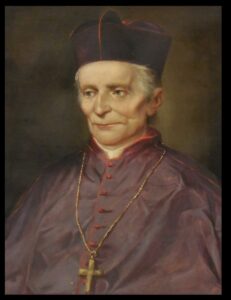 Portrait of Bruté that hangs in the Old Cathedral Library and Museum.

I have no idea regarding how much historians have studied when and how formal science resources and education arrived in various regions of the U.S. as the country developed.  But when people think of frontier education, astronomy books are probably not the first thing to come to mind.  It is worth knowing that Bishop Simon Guillaume Gabriel Bruté de Rémur cared about having science books, including astronomy books, in the rough-and-tumble country of 1830’s Indiana.  In the U.S.A., at least, we tend to value a little more those things our forebears valued.  Bishop Bruté is a forebear who valued scientific knowledge. 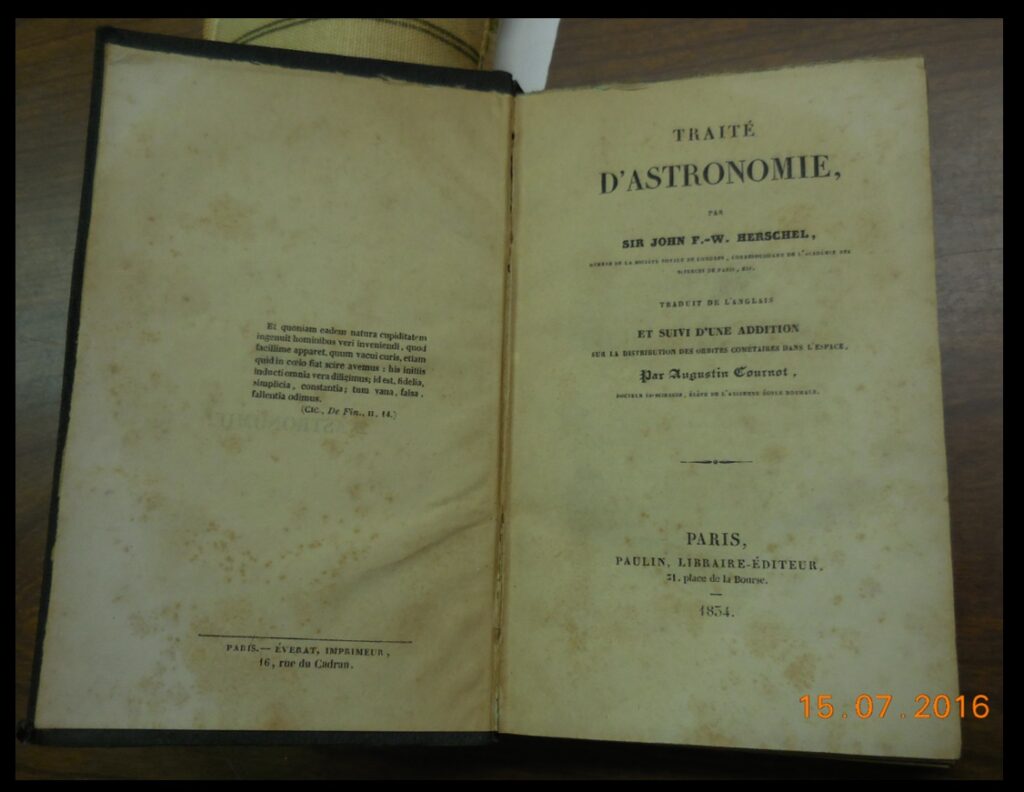 One of the astronomy books in the Old Cathedral Library.  Note John Herschel—one of the leading astronomers of the time.  Note the 1834 publication date—a new book at the time.

Pages from an older book—the 1677 Atlas Coelestis of John Seller.  Note the moon and the constellation of Leo the lion. 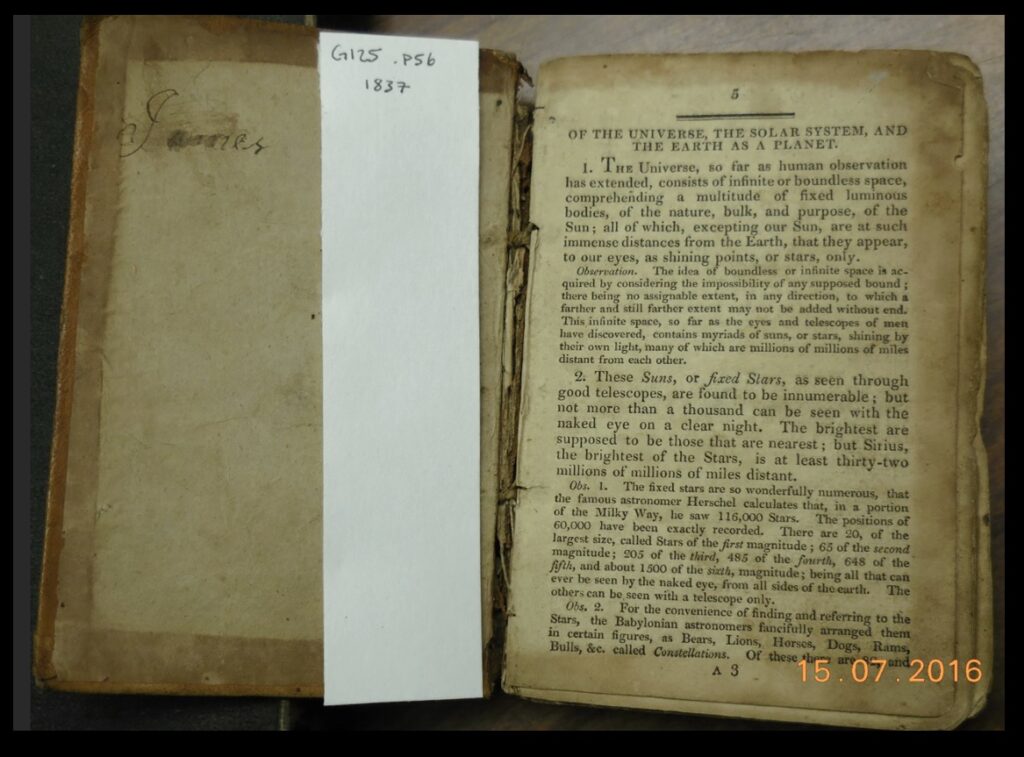 This book, another new one (if the 1837 date is correct) has suffered under the ravages of time.  Note the bit of Lucretius in this book. 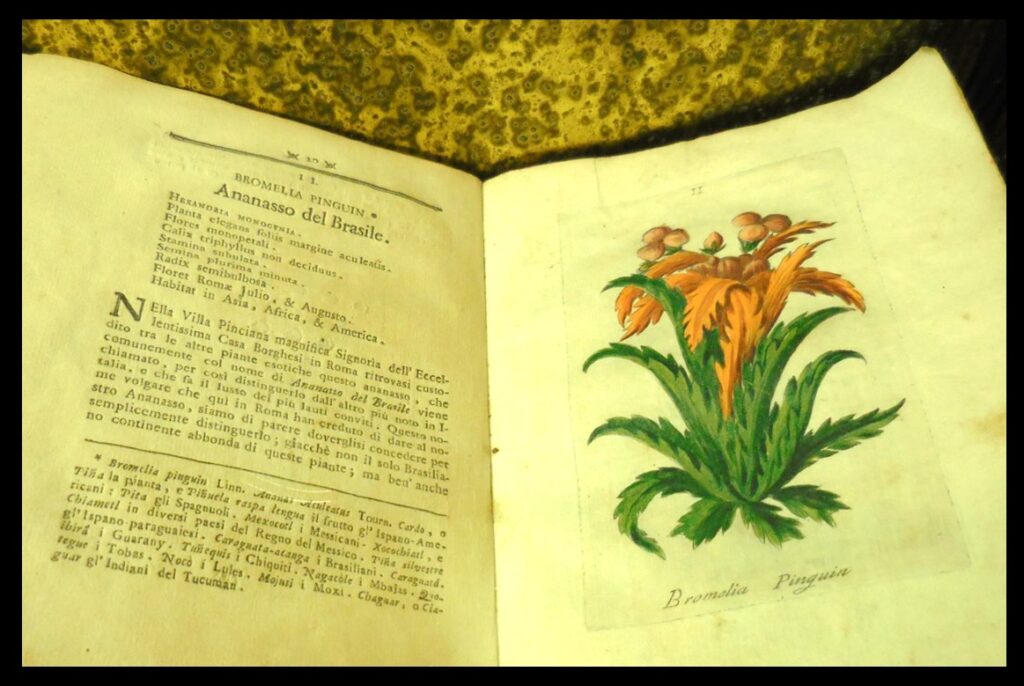 Not all the science books in the library are astronomy… 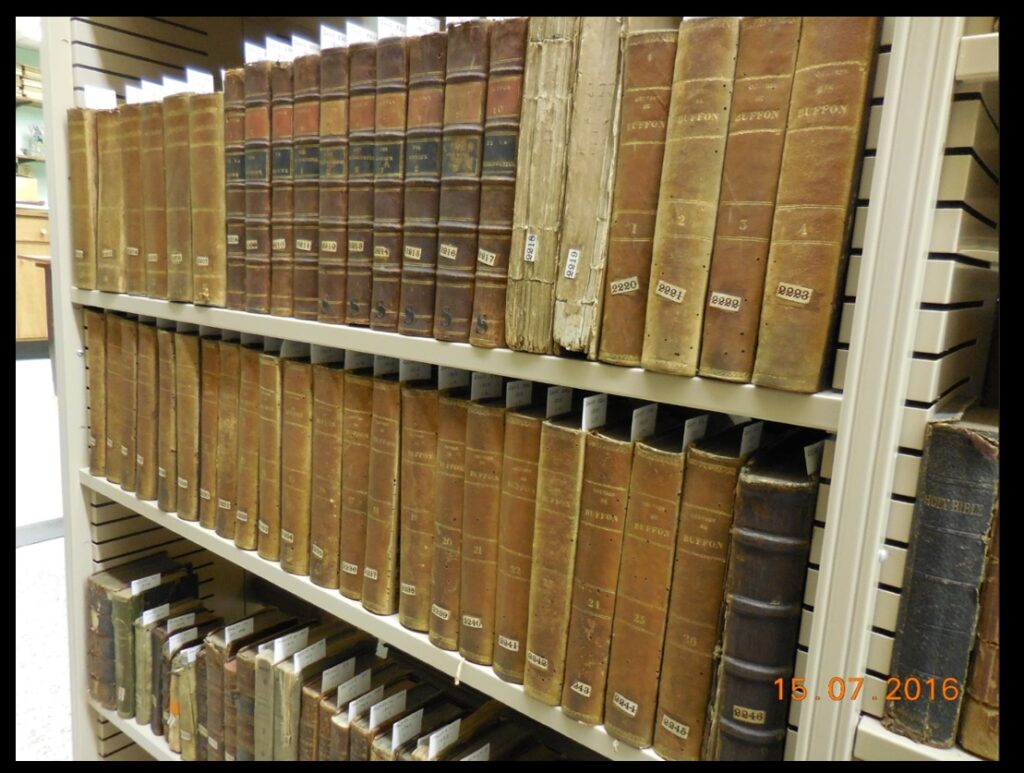 …but there are a lot of them—and well more than just these. 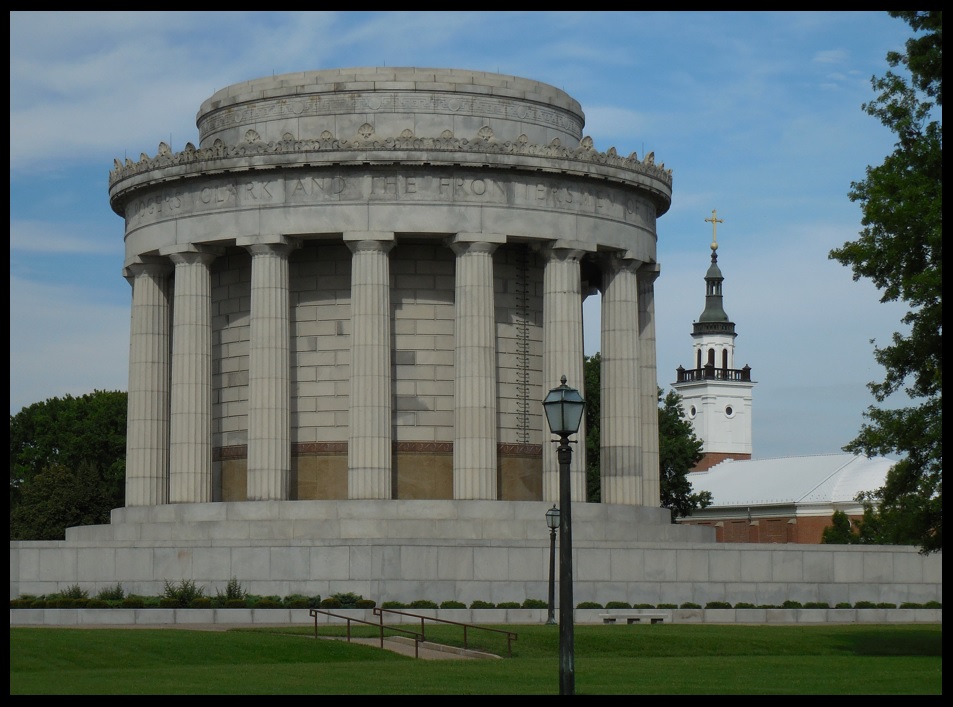 The Old Cathedral and the George Rogers Clark Memorial in Vincennes, Indiana.

**Bruté had a direct connection with the Potowatami, as they were forced out of Indiana and into Kansas in 1838 and one of his priests, Fr. Benjamin M. Petit, travelled with them and wrote to Bruté about the terrible conditions along the Potowatami “Trail of Death.”  Petit was one of those who caught ill on the trail, and died in early 1839, a few months prior to Bruté. 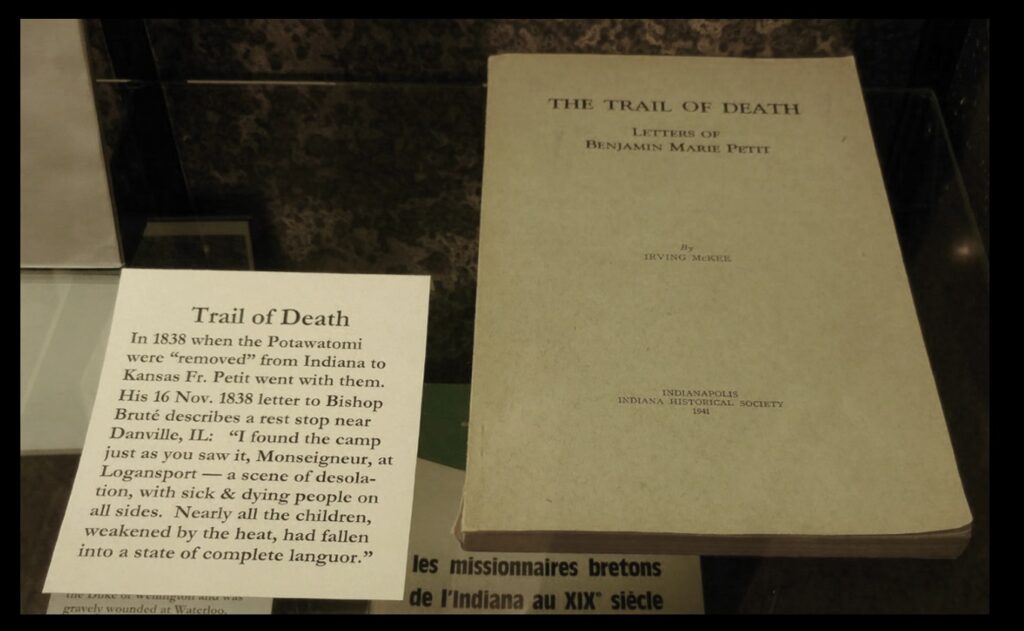 Collection of Petit’s letters in the Old Cathedral Library and Museum.