A spectacular view when the sun first rises on 145km diameter Walter just left of center in this image. It’s offset central peak is casting a beautiful long shadow all the way to the western wall. Note the crater in the central peak which is heavily sculpted by impacts. East or right of Walter and a little south is a large irregular depression. This is Nonius listed as 71km diameter though it is anything but circular! North and east are two similar diameter craters. The southern one is Aliacensis (82km) and to the northwest of it is Werner (71km). Notice the beautiful terracing of inner walls of Werner! Above Werner is the raggedy crater Blanchinus (70km) and further up is the shadow filled La Caille (70km). The floor of La Caille is fairly flat with lots of small craters so when the sun rises it rapidly becomes illuminated with all the craterlets splattered about. You can see that starting to happen in this image.

Over on the other side of the image in the upper right corner is the crater Playfair (49km) about 2/3 in the light. One of the twin 3km craters on its floor can be seen just on the edge of the terminator and then straight across from that, on the west side (left) of the crater floor, is a 1.5km crater. South of Playfair is Apianus (65km) and adjacent to it to the west is Krusenstern (49km). forming an isoceles triangle with Apianus and Aliacensis, partly cut of by the corner of the image montage, is the oddly shaped crater Poisson (82km) with the strange ridge running through it. This is fascinating to view as are the curious craters just below it shaped like little paw prints in soft soil!

At the bottom of the image is most of the large crater Stofler (129km) with the delicately streaked floor. The two craters above it are Fernelius (66km) south and Kaiser (54km) above it. Between Kaiser and Poisson is a field of craters of all shapes and sizes up to 20km that make for delightful viewing! 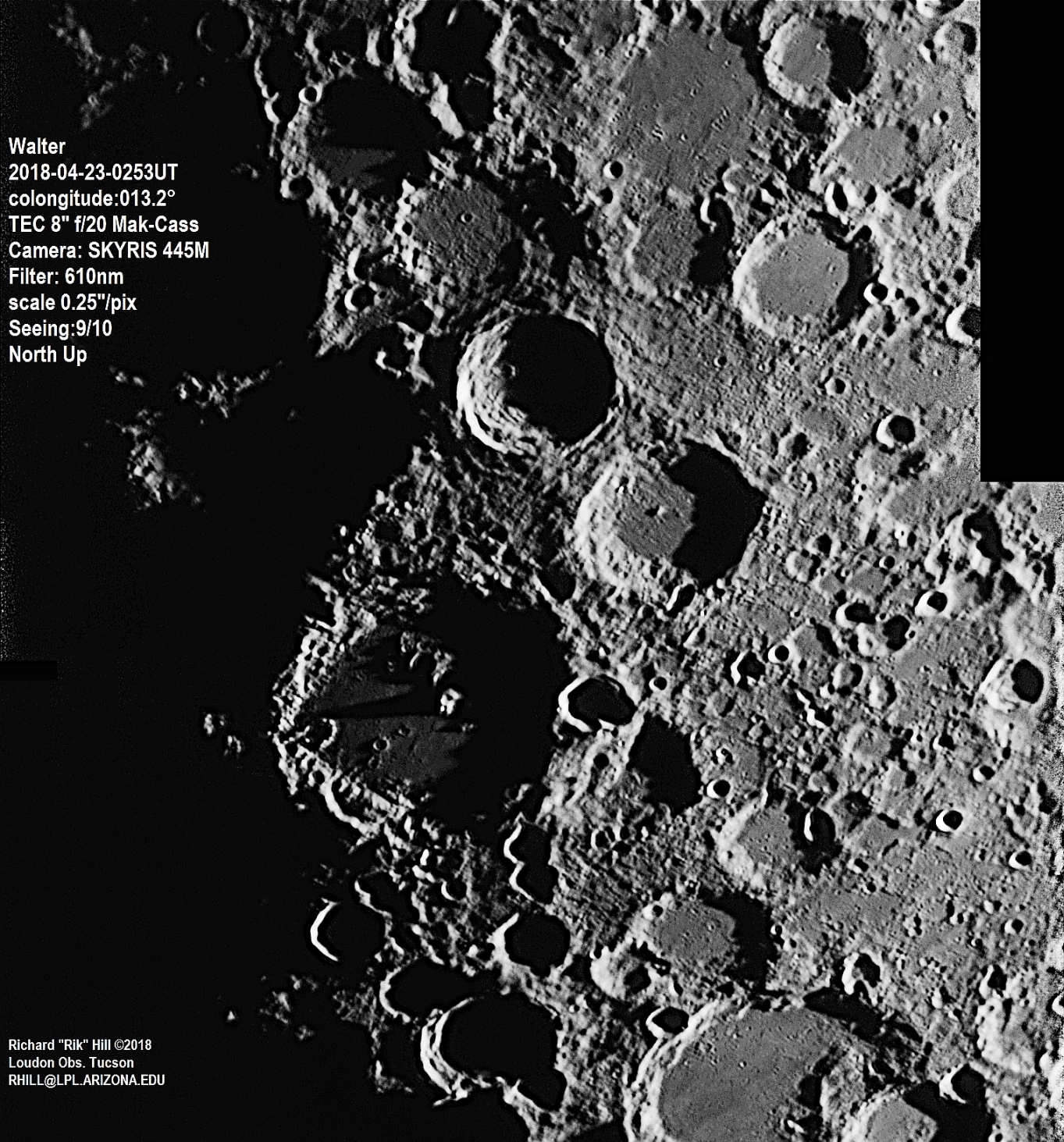