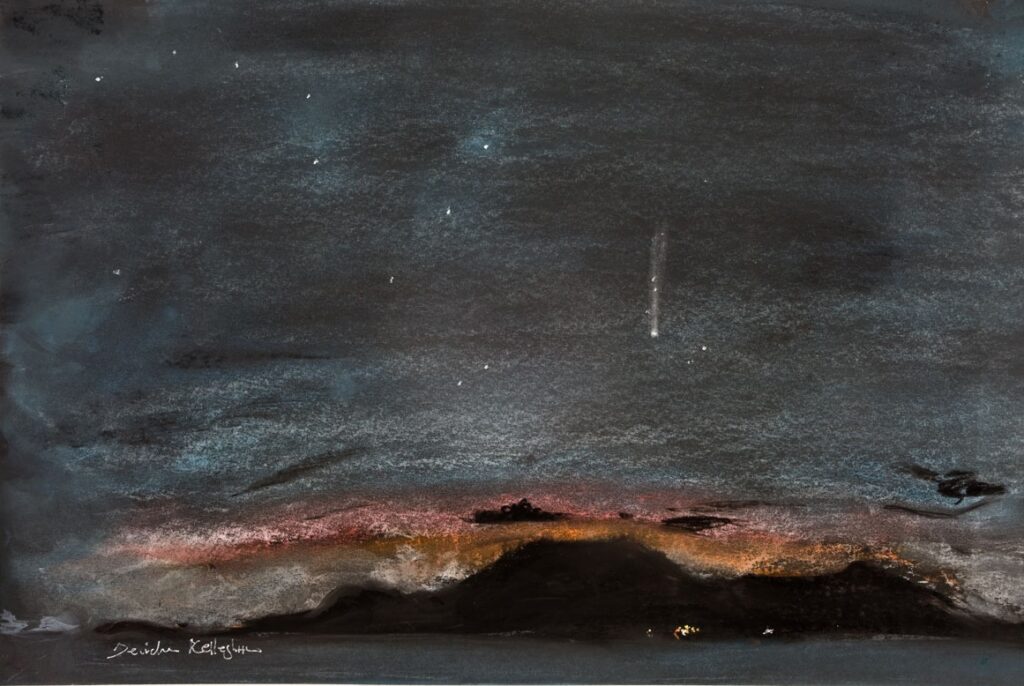 Comet C/2020 F3 (NEOWISE) over Clare Island Co Mayo.The comet looked like a an exclamation mark with the head of the comet being the dot. A3 black paper with Sennelier soft pastels. July 20th 2020 between 23:45 and 01:15

On July 20th I was well set up to go observe C/2020 F3 (NEOWISE). My eight-inch dob was ready with a 32mm eyepiece. My LX90 was set up with a set of binoviewers. I was hoping to see more detail around the false nucleus and draw it. My set of filters were also at the ready as some of them claimed to enhance detail in comets.

Alas, the seeing was terrible, a muted view under magnification. However the naked eye view was still very good, and the comet was dangling over Clare Island some seven kilometres away from me. Even post-midnight orange and pink tones were hugging the rugged edge of the island. The comet looked more vertical than I expected. It mimicked an exclamation mark with the head of the comet playing the dot. Perhaps an exclamation of the last time I might see it. Because my view has been only clouds, and fog since.

July 19th with my dob 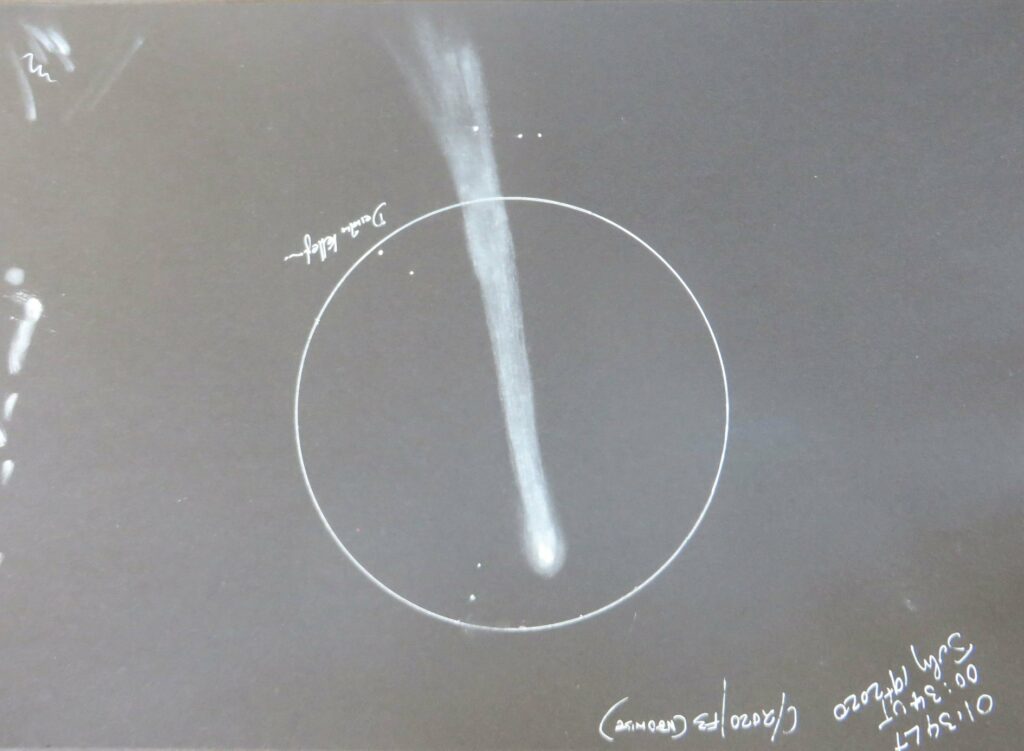 It had a bright star like nucelus DC 6 I reckon .Surrounded by a torc of less bright material and then an outer less bright area. The tail continued well outside my fov and three stars were visible it . One of them was viewed through the tail. Its tail length was approx 15 degrees . No dark lane  down the middle was visible to me as on July 10th.

Great to see it over Clare Island. Rotated image above – Pan pastel on black card. It would be wonderful to have another look at it, but as it moves away from the sun it is more likely to become increasingly dim till it is no longer visible. A final outburst would be fantastic, one can only hope that the opportunity to go observe happens again.

Something  I did that produced unexpected results on July 19th and 20th was to introduce the location of the comet to several Facebook pages and groups. Some of the pages do not have to include submissions and are mostly about the beautiful west coast of Ireland. People tend to submit images taken on the holidays or tours on the coast.

There are always comets of various magnitudes in the night sky. However most people are not aware of them. Its only a naked eye beauty that they can relate to if its bright enough. I was therefore doubly delighted that this comet brought such joy and smiles to so many.