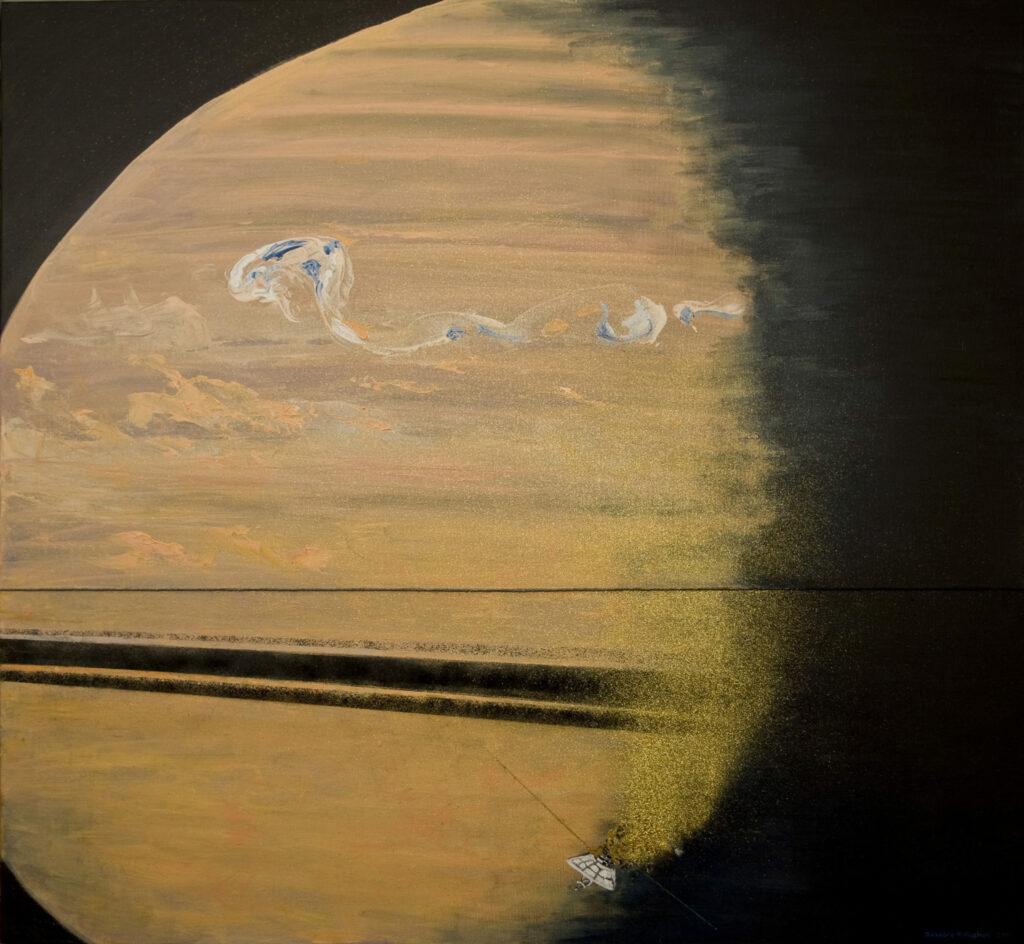 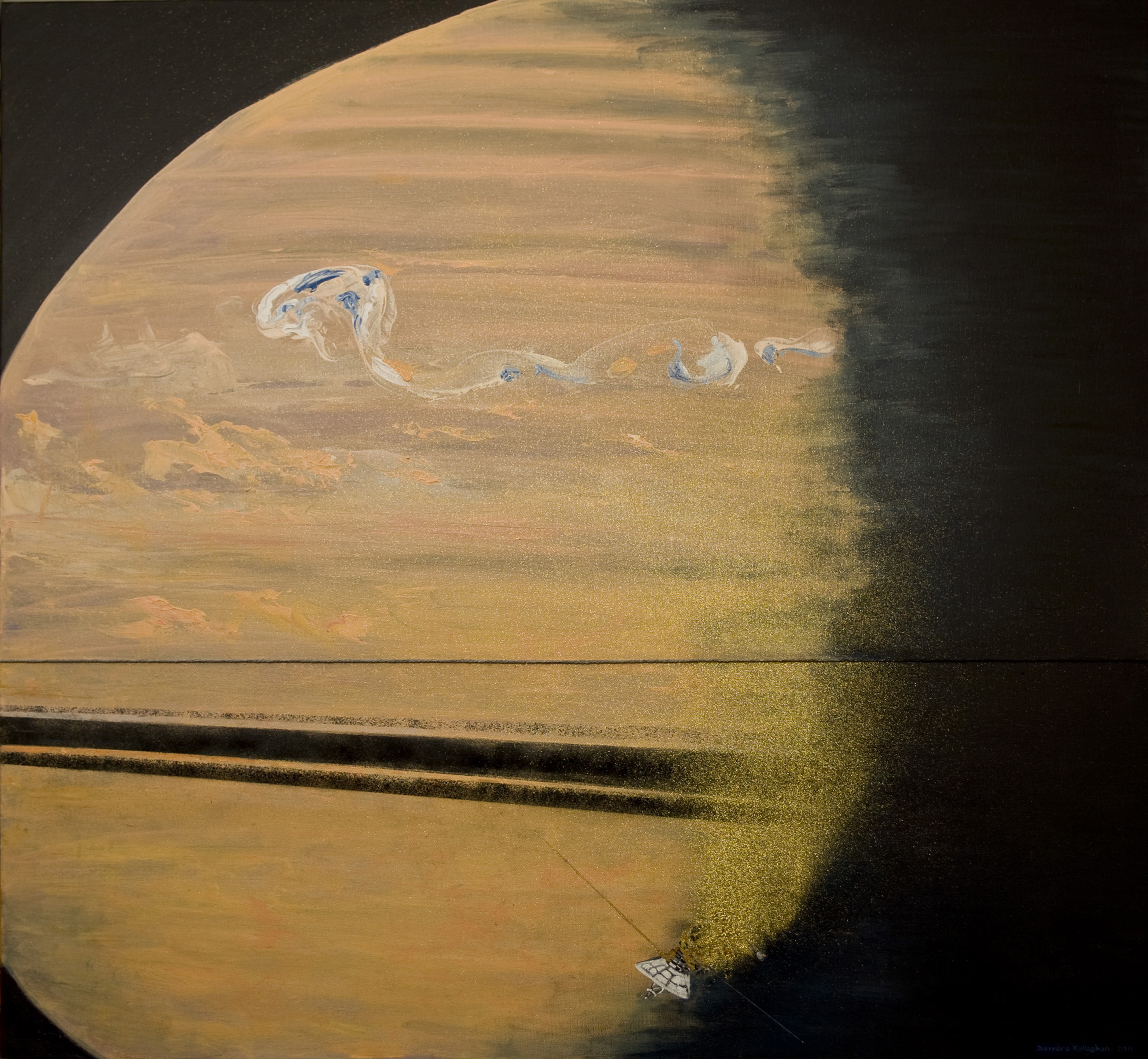 Grand Finale – a homage to the end of the Cassini Mission to Saturn . A 40X40 inch painting by Deirdre Kelleghan . Acrylic , pastel , gold particles, and string on canvas

This blog was first published in March 2016, slightly updated here.

I am fascinated by the surfaces of other worlds. The images taken by the robotic explorers are very inspiring. Canvases emerge directly from my observations of a tiny fraction of an image or are influenced by an entire object.  One of the biggest influences on me has been the Cassini Mission to Saturn. In 2004 I got involved with The Saturn Observation Campaign, namely an educational program to promote the Cassini Mission. Subsequently I have delivered hundreds of workshops for children. During these sessions, thousands of drawings inspired by Cassini were produced.

September 15th 2017, we had the grand finale of the mission. This involved a  spectacular plunge of the spacecraft into the the gaseous atmosphere of Saturn. Even though Cassini had power onboard, it could never escape the giant’s pull. Rather than let the end of the mission be controlled by time, mechanics, and gravity, the team had a more productive idea. They decided to manipulate the spacecraft to gain new knowledge in its final months. Cassini glided over the  rings getting closer to the planet than ever before. This death dive protected Saturn’s ice and rocky moons from contamination.

My painting of Saturn and its edge-on rings is influenced by several images. There is plenty of awe and wonder to be found in many of Cassini’s visuals. Indeed if some of these photographs were in an art gallery, they would stop viewers in their tracks.

We are so privileged to glimpse the Saturnian system through these cameras. The mission is one of the greatest space exploration missions of our time.  Not only for science but also for the visual beauty. The endurance of this Earth built craft is a testament to the quality of engineering afforded to NASA and its partners.

Cassini painted by the wind

The Cassini spacecraft is part of my artwork. In preparation, I produced a miniature painting of it before creating a more detailed spacecraft on the large canvas. The larger Cassini  was then engulfed by gold particles, some blown by myself, some blown by the Earths wind.

In the painting, we view Saturn’s Rings edge-on. The  shadows of the rings are cast over the planet’s body. A raging storm is also shown. Saturn’s atmosphere is churned up in a frenzy of winds we could never imagine. The spacecraft was custom covered in a golden protective blanket to deflect the sun’s heat, thereby keeping its instruments cool. My painting shows that protection being stripped off the spacecraft in a stylized way. The detail of my painted spacecraft also gone forever in a cloud of gold.

Its protective blanket no longer needed, Cassini left us with a legacy that is unprecedented in science and beauty. My painting includes gold particles disseminated throughout the work. Cassini merges into Saturn in particles, just as Saturn merged into Cassini through its outstanding visual exploration.