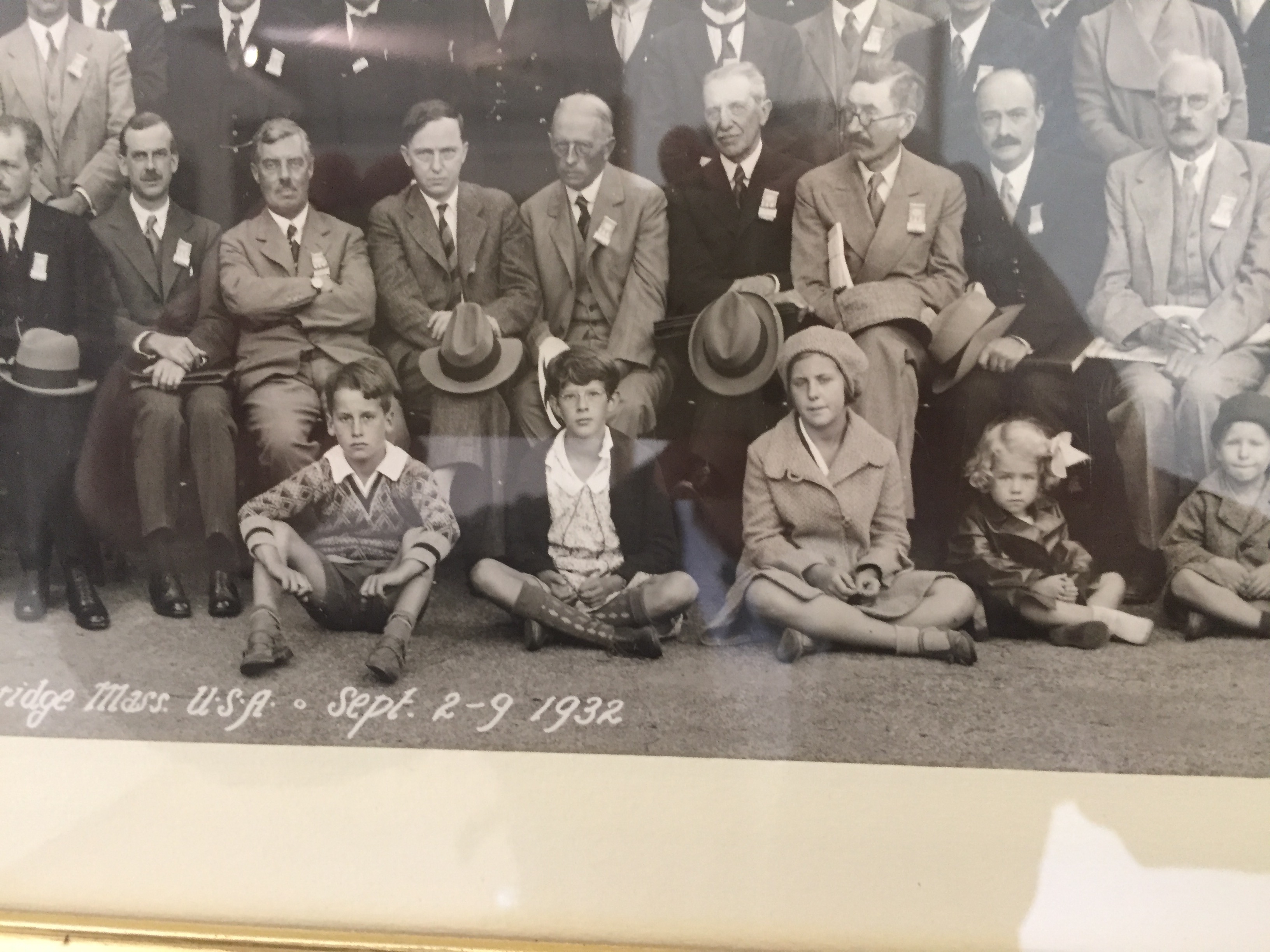 Group photo of the 1932 IAU in Cambridge, with the Shapley family. Seventeen-year-old Mildred is front row, wearing the hat (I think). Harlow Shapley, director of the Harvard College Observatory, is between the two kids to her right, hat in lap.

I got an email from my friend (and fellow planetary scientist) Rick Binzel: “I just learned that Mildred Shapley Matthews (the lovable taskmaster and technical editor who drove the Space Science Series forward for decades) recently celebrated her 100th birthday.”

Funny thing was, I was just telling someone about Mildred earlier that day. She was the editor of the University of Arizona Space Science series of books for many years. In fact, she edited my very first paper – a chapter in the Jupiter book – and did a fantastic job, making my prose much better and clearer.

She was also the very first person I ever met at the University of Arizona. I arrived late on a Saturday night for the Jupiter conference that was about to begin (this was May, 1975) and, seeing that there would be a walking trip up Sabino Canyon on Sunday morning, I managed to find the ride and met her on the trail. She was incredibly nice to this poor lost and somewhat jet-lagged incoming graduate student.

At a time when the Lunar and Planetary Lab was full of … let’s just say, “difficult personalities” … she stood out as a really good person, someone who was less interested in her own career and ego and more interested in the science. I only later discovered that she was the daughter of the famous Harvard astronomer Harlow Shapley.

But my favorite story occurred in 1979, after I had graduated and was working as a post-doc at Harvard (interestingly, in the building that’s the backdrop of the photo above, not seen in this selection). I was back in Tucson for the first Asteroids meeting, and a JPLer had just gotten up to propose a mission to visit four asteroids. They were chosen not for their scientific interest but because they were easy to get to.

In the discussion afterwards, a grand old man of the field, Zdenek Kopal, got up to comment… “Two interesting things about one of the asteroids you have selected, 848. This is asteroid Mildred, named for the editor of the book who is sitting next to you up on the podium. The second thing to know is that it has been lost since 1916.” (Which was the first time we realized how old Mildred was!)

Oh, one final thing. The ten-year-old boy to Mildred’s right in the photo above is her little brother Lloyd, who won the 2012 Nobel Prize in economics. He’s still going strong at age 92…