A thin waning crescent Moon departs from the planets spayed across the southern predawn skies and heading towards the new Moon this weekend. I got to see yesterday’s morning crescent Moon through my kitchen window.

Mercury and Venus are low in the western sky at dusk – a bit higher in the sky than last week, but not much. 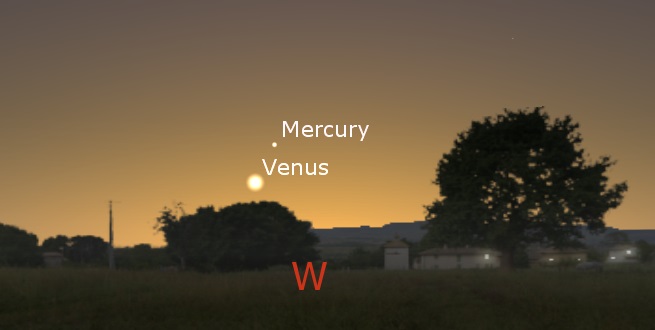 The Moon joins Mercury and Venus in the western sky at dusk on the 18th; Mercury is fading and will vanish by the 22nd. 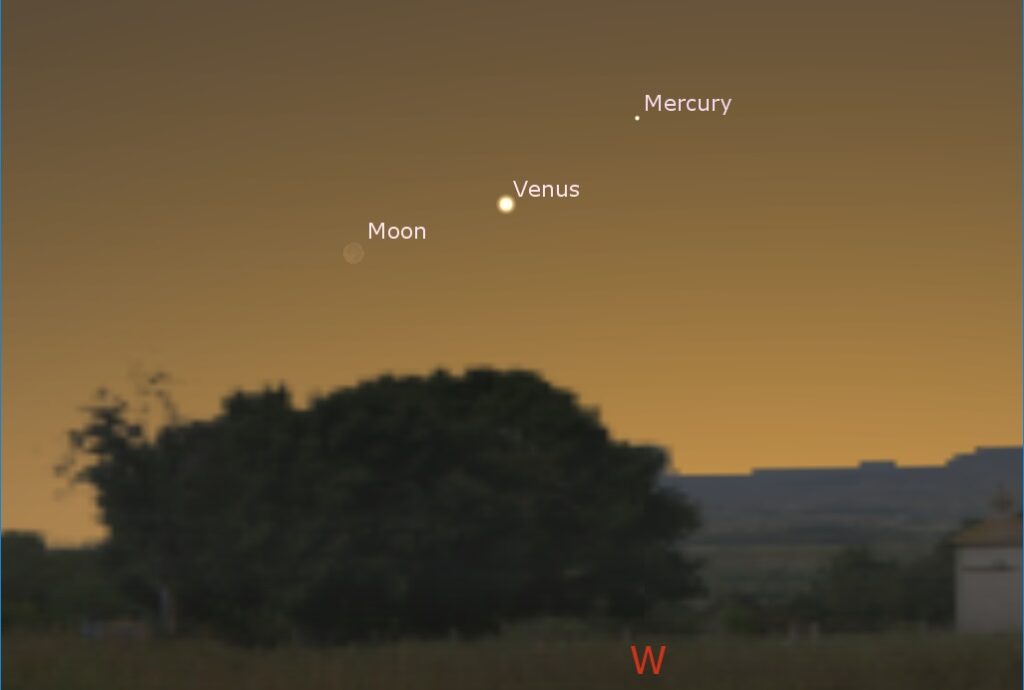 The bright star Vega in the constellation Lyra is almost directly overhead in the sky before dawn. 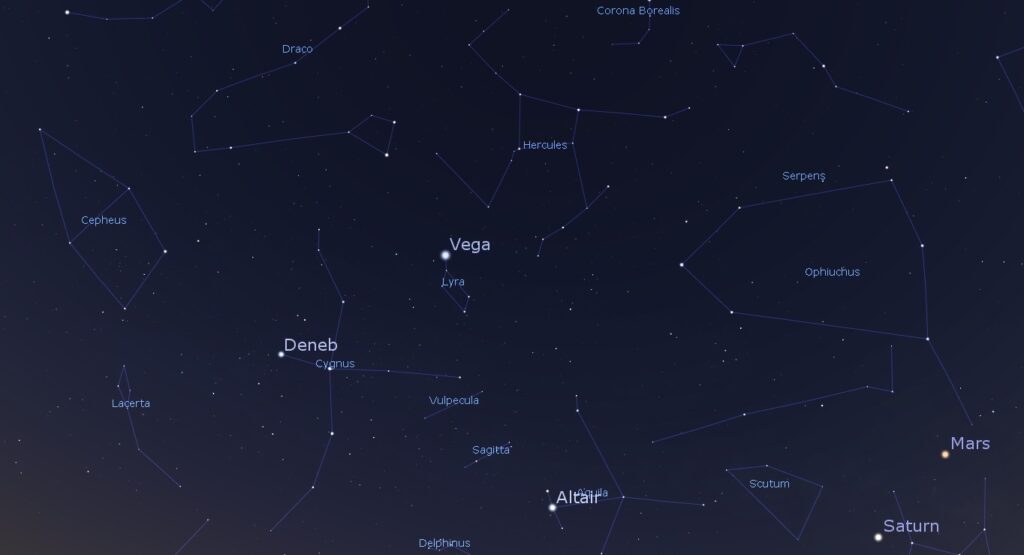 The Moon is a waning crescent rising in the southeastern sky around 6 AM, and vanishing in the glare of the Sun shortly after sunrise. The new Moon will be on the 17th. The Moon will reappear in the western sky at dusk as a very thin waxing crescent on the 18th.

The solar wind speed is 375 km/sec, with a density of 5.0 protons/cm3. SpaceWeather.com is reporting a Pi-Day solar wind stream pouring from this coronal hole that will reach the Earth on the 14th.

The Sun’s chromosphere had a few prominences over the last several days – you can faintly see the region where the coronal holes are. 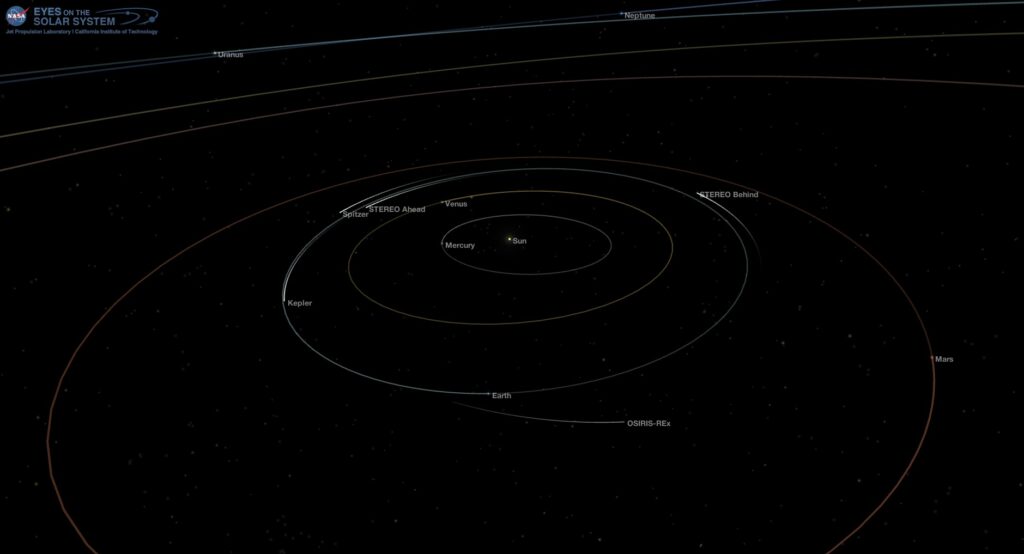 Position of the planets in the solar system, Mar. 13, 2018. Credit: NASA Eyes on the Solar System / Bob Trembley. 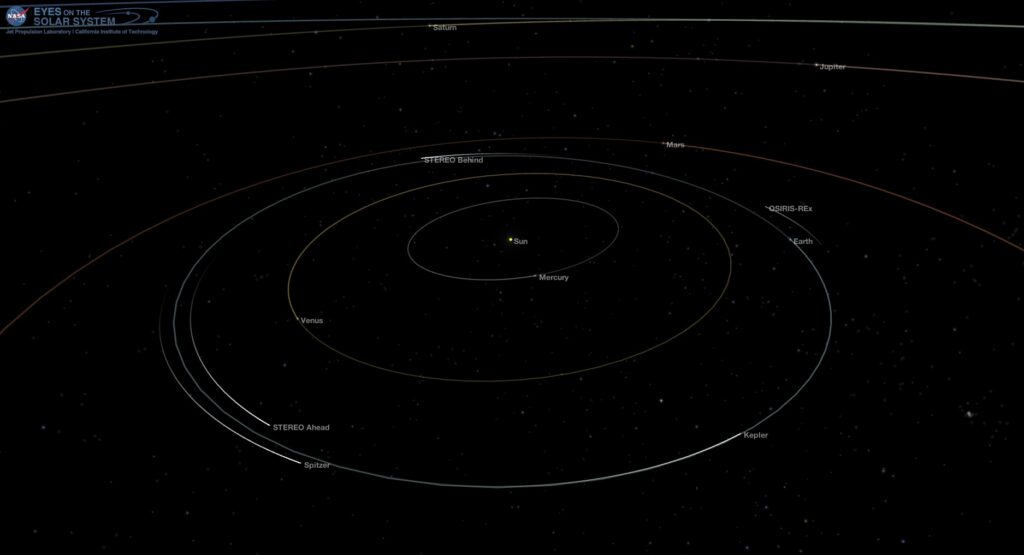 Position of the planets in the solar system – alternate view, Mar. 13, 2018. Credit: NASA Eyes on the Solar System / Bob Trembley.