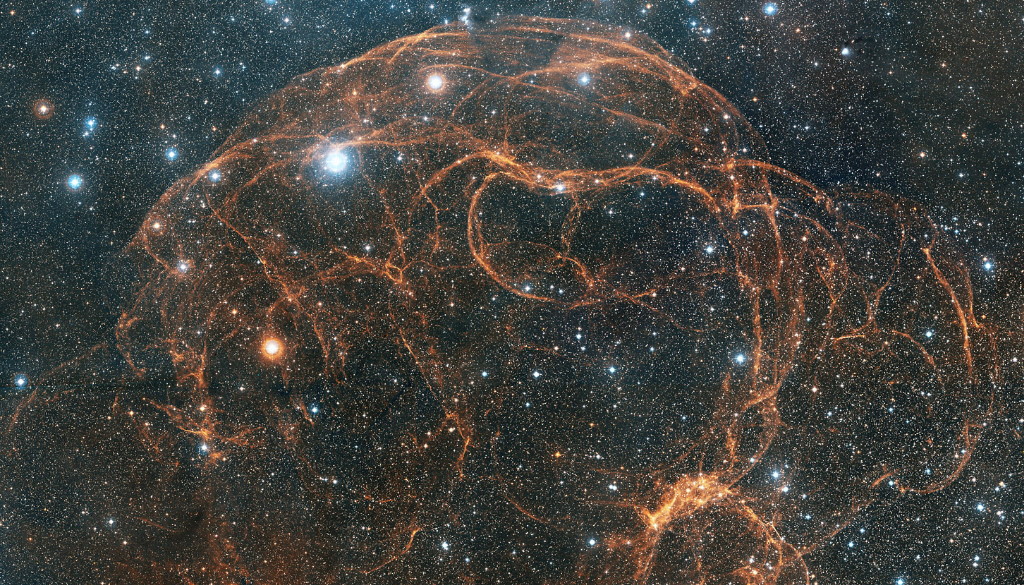 Yesterday, I gave a remote presentation to my wife’s middle-school astronomy students; using the Windows app SpaceEngine, I gave them a “Tour of the Milky Way Galaxy:” I took them to a couple exoplanets, double and multiple star systems, star-forming regions, several planetary nebula, a supernova remnant, 2 black holes, a globular cluster, the Large Magellanic Cloud, and the Andromeda Galaxy. I orbited around the Milky Way and showed the galaxy to the students from every possible angle – including edge-on, which I LOVE doing!

I also flew the students thru the galaxy’s arms and dust lanes at impossible faster-than-light speeds – just like the old Windows screensaver! I wanted to give the students the impression that the Milky Way is an ocean full of stars.

This presentation was a lot of fun – I’m going to have to tweak it a bit, and add some items to the object list – like Betelgeuse! I can see this becoming something I present frequently!

I mentioned last week that I sound like a broken record mentioning every week that Jupiter and Saturn continue to appear in the southeastern predawn sky – but there they are, so broken record it is! Jupiter is moving away from Saturn a little bit each week; I suppose I could keep mentioning that too!

Mars and Mercury appear above the western horizon after sunset.

The Moon appears in conjunction with the star Regulus on May 18th and 19th.

The Moon appears in conjunction with the star Spica on May 22nd and 23rd.

The star Vega appears almost directly overhead at 4:30 AM all week.

The Moon is a Waxing Crescent – visible toward the southwest in early evening.

The First Quarter Moon occurs on May 19th – visible high in the southern sky in early evening.

After May 19th, the Moon will be a Waxing Gibbous – visible to the southeast in early evening, and up for most of the night.

The Sun has 2 spots – one of the 2 from last week is rotating out of view, and a new spot is rotating into view, and it’s crackling with C-class flares.

Spaceweather.com reports: “GEOMAGNETIC STORM WATCH: Minor G1-class geomagnetic storms are possible on May 18-19 when a pair of coronal mass ejections (CMEs) is expected to hit Earth’s magnetic field. The two CMEs left the sun on consecutive days: One from sunspot AR2822 on May 13th, the next from sunspot AR2823 on May 14th. Individually, the CMEs appear to be weak and insubstantial; however, they could add up to a geomagnetic storm when they arrive in quick succession today or tomorrow.”

The northern coronal hole remains small, but this week, the southern coronal hole has determined that it’s taking over! The southern hole itself is huge, and has merged with a very large hole, stretching up past the equator! Watch the left side of the video, you can see the coronal loops buckle and return after a couple flares!

Moderate prominence activity; the region rotating into view is spitting-out flares like crazy!

Position of the planets & several spacecraft in the inner solar system on May 18th; the Parker Solar Probe has crossed the orbit of Mercury.

Position of the planets, and a several spacecraft in the outer solar system on May 18, 2021 seen from dwarf planet Eris.

China Becomes 2nd Nation to Land a Rover on Mars!

An old college buddy told me that his brother lives in this city.