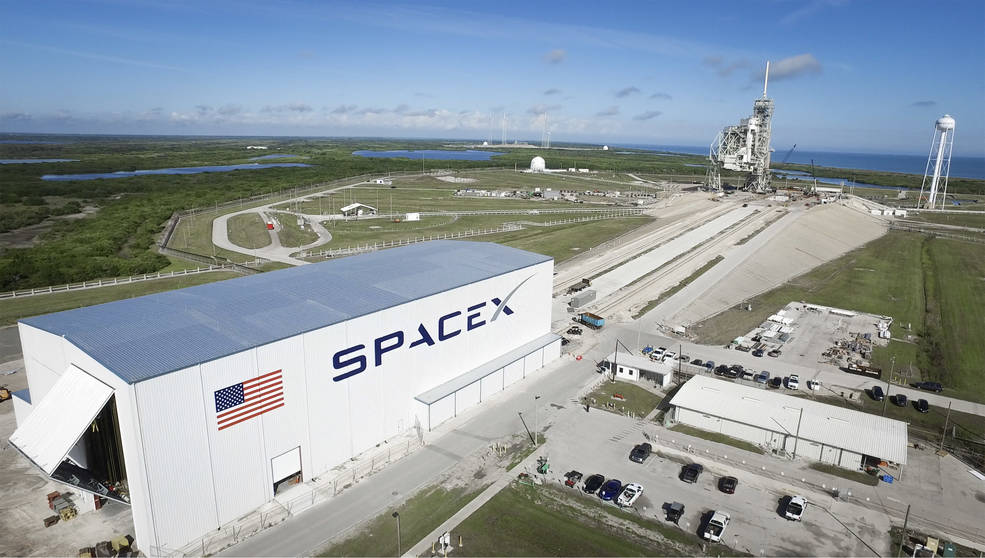 Launch Pad 39A at NASA’s Kennedy Space Center in Florida undergoes modifications by SpaceX to adapt it to the needs of the company’s Falcon 9 and Falcon Heavy rockets, which are slated to lift off from the historic pad in the near future. Credits: SpaceX

This is the second in a series of four guaranteed orders NASA will make under the Commercial Crew Transportation Capability (CCtCap) contracts. The Boeing Company of Houston received its first crew mission order in May.

“It’s really exciting to see SpaceX and Boeing with hardware in flow for their first crew rotation missions,” said Kathy Lueders, manager of NASA’s Commercial Crew Program. “It is important to have at least two healthy and robust capabilities from U.S. companies to deliver crew and critical scientific experiments from American soil to the space station throughout its lifespan.”

Determination of which company will fly its mission to the station first will be made at a later time. The contracts call for orders to take place prior to certification to support the lead time necessary for missions in late 2017, provided the contractors meet readiness conditions. 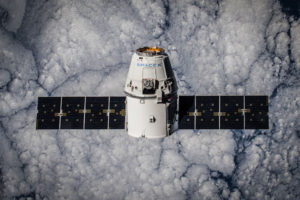 Commercial crew missions to the space station, on the Boeing CST-100 Starliner and SpaceX Crew Dragon spacecraft, will restore America’s human spaceflight capabilities and increase the amount of time dedicated to scientific research aboard the orbiting laboratory.

SpaceX’s crew transportation system, including the Crew Dragon spacecraft and Falcon 9 rocket, has advanced through several development and certification phases. The company recently performed a critical design review, which demonstrated the transportation system has reached a sufficient level of design maturity to work toward fabrication, assembly, integration and test activities.

“The authority to proceed with Dragon’s first operational crew mission is a significant milestone in the Commercial Crew Program and a great source of pride for the entire SpaceX team,” said Gwynne Shotwell, president and chief operating officer of SpaceX. “When Crew Dragon takes NASA astronauts to the space station in 2017, they will be riding in one of the safest, most reliable spacecraft ever flown. We’re honored to be developing this capability for NASA and our country.”

Commercial crew launches will reduce the cost, per seat, of transporting NASA astronauts to the space station compared to what the agency must pay the Russian Federal Space Agency for the same service. If, however, NASA does not receive the full requested funding for CCtCap contracts in fiscal year 2016 and beyond, the agency will be forced to delay future milestones for both U.S. companies and continue its sole reliance on Russia to transport American astronauts to the space station.

Orders under the CCtCap contracts are made two to three years prior to actual mission dates in order to provide time for each company to manufacture and assemble the launch vehicle and spacecraft. Each company also must successfully complete a certification process before NASA will give the final approval for flight. Each contract includes a minimum of two and a maximum potential of six missions.

A standard commercial crew mission to the station will carry up to four NASA or NASA-sponsored crew members and about 220 pounds of pressurized cargo. The spacecraft will remain at the station for up to 210 days, available as an emergency lifeboat during that time.

“Commercial crew launches are really important for helping us meet the demand for research on the space station because it allows us to increase the crew to seven,” said Julie Robinson, International Space Station chief scientist. “Over the long term, it also sets the foundation for scientific access to future commercial research platforms in low- Earth orbit.”

NASA’s Commercial Crew Program manages the CCtCap contracts and is working with each company to ensure commercial transportation system designs and post-certification missions will meet the agency’s safety requirements. Activities that follow the award of missions include a series of mission-related reviews and approvals leading to launch. The program also will be involved in all operational phases of missions to ensure crew safety.

For the latest on Commercial Crew progress, bookmark the program’s blog at: http://blogs.nasa.gov/commercialcrew