As the New Horizons probe passes by dwarf planet Pluto and its satellites on July 14th, it will use a host of instruments to collect data. The following is the sequence of events for the flyby:

Data gathered will be stored and transmitted back to Earth, slowly, taking over a year to complete. We will, however, get a couple images are expected pretty much right away:

Timing dependent on what happens during downlinks with the Deep Space Network, hence subject to change.

Instruments on the New Horizons spacecraft:

You can watch a real-time simulation of this historic flyby mission with the NASA Eyes on the Solar System App. Download the app here: http://eyes.nasa.gov/, and install it. Launch the app, and choose Tours and Features in the upper right. A menu of tours will popup, choose New Horizons from the list: 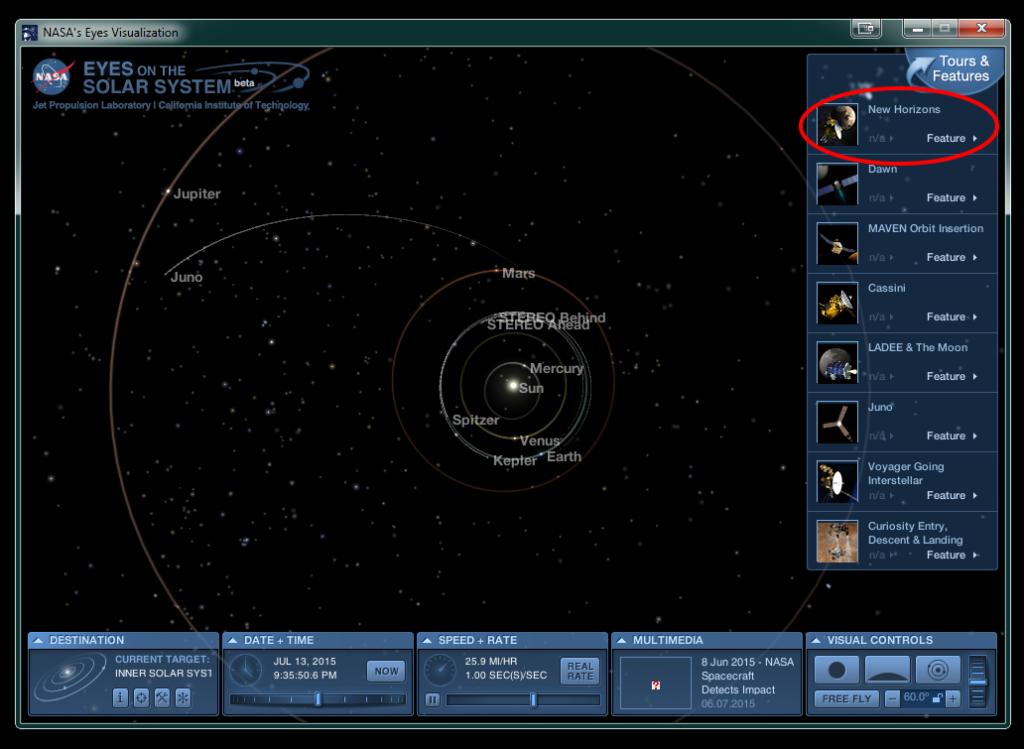 You will be presented with a real-time simulation of the encounter: 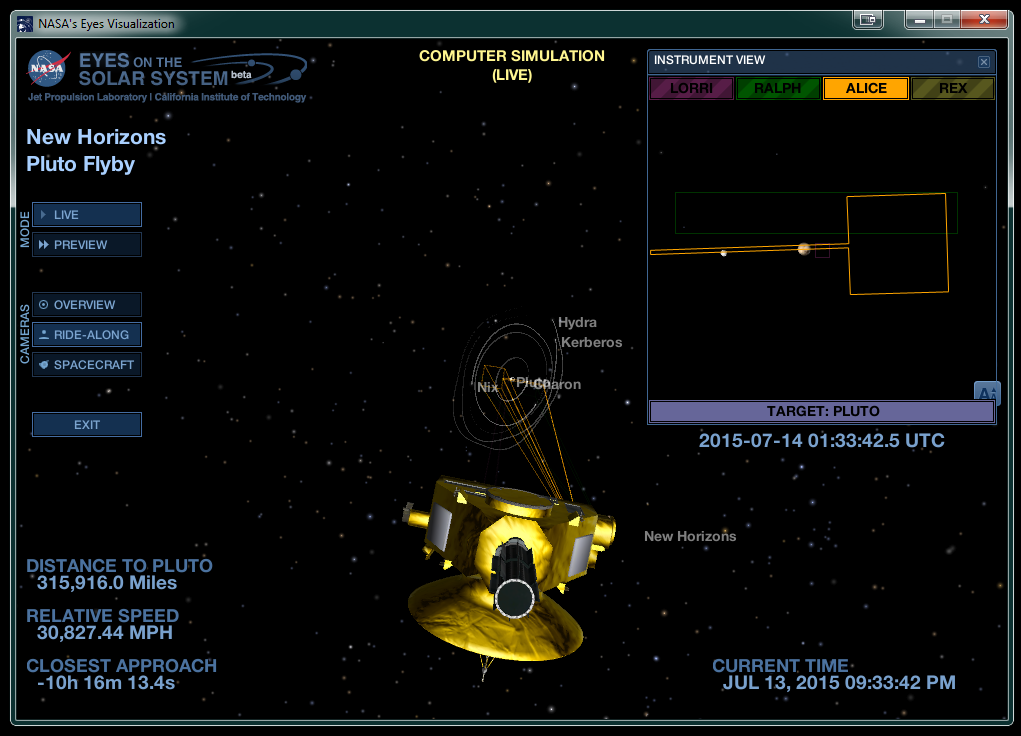 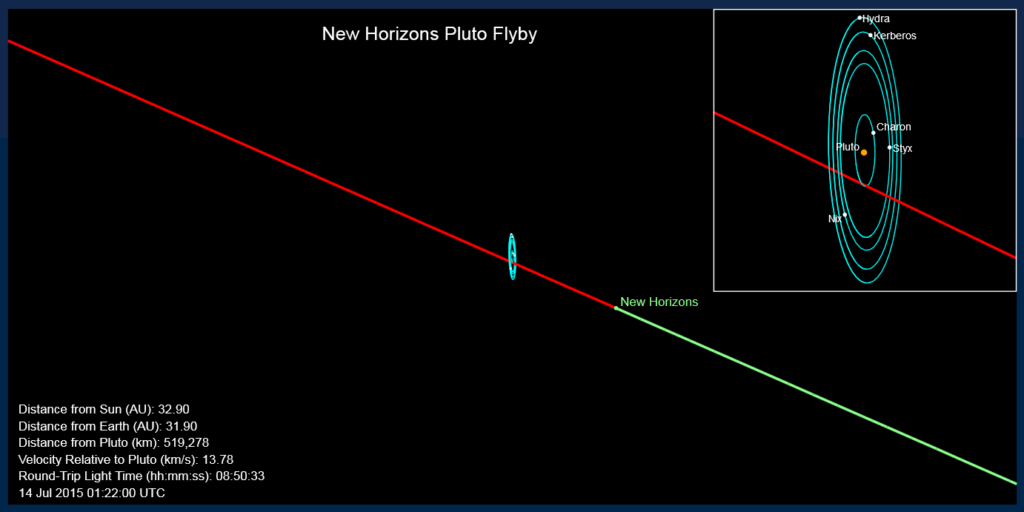