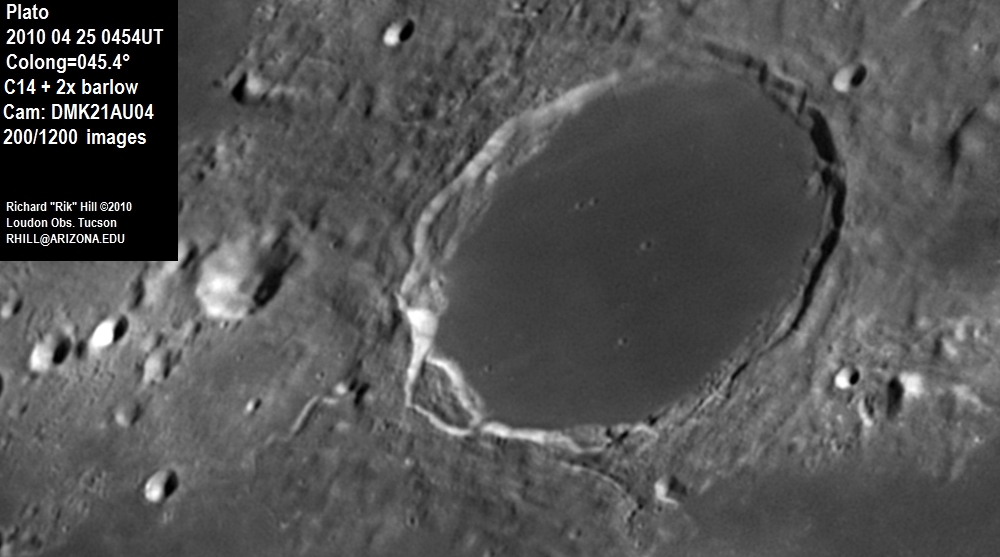 Here is an image from my archive. Plato is a large “ringed plain” crater some 104 km in diameter. It’s one of the first features that new lunar observers learn. It sits between Mare Frigoris and Mare Imbrium just north of Montes Teneriffe and Mons Pico. On the floor of Plato are the elusive “craterlets” of Plato. The ones seen in this image are from 2-2.5 km diameter. They are difficult to see because the lighting has to be just so for them to be easily seen. This is the best view I ever got of the craterlets on the floor of Plato and one of the few nights at my place where the C14 beat the TEC 8″f/20.

Off to the left of Plato is the oddly shaped Plato A (22km) a banded crater also known as Bliss. It is a shallow crater probably older than Plato and filled with ejecta from the Plato impact event. Note the unnamed rimae below Plato. The more resolution you have the more you see.