Created by stitching together over 30,000 photographs taken by the robotic Cassini spacecraft – No 3D models, CGI or texture maps used! Set to “Adagio for Strings” performed by the Greensboro Symphony Orchestra and conducted by Dmitry Sitkovetsky. This excerpt from the IMAX movie “In Saturn’s Rings” never fails to bring tears to my eyes due to its sheer beauty. Watch closely as the razor-thin rings momentarily vanishes as orbiter crosses the plane of their orbit. 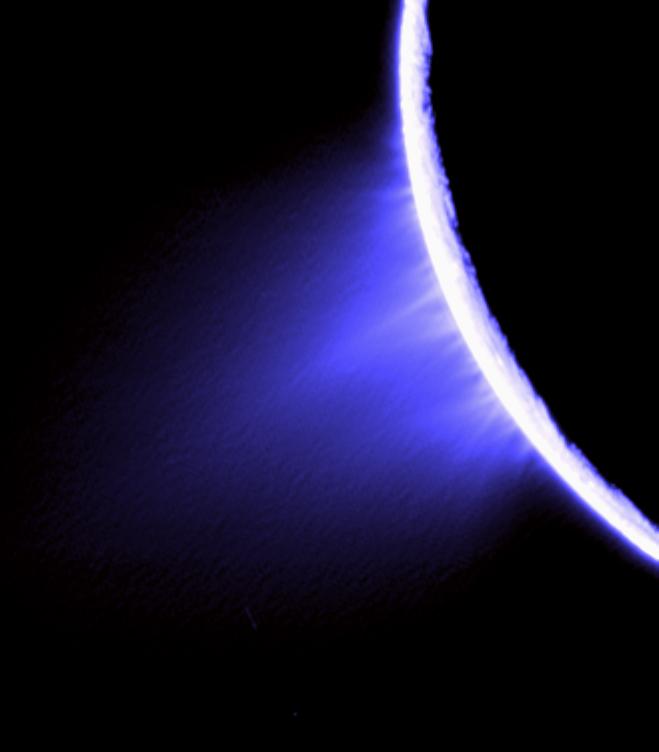 The Cassini orbiter was launched in October 1997, and entered orbit around Saturn on June 30, 2004. Its mission has been extended twice, and is currently scheduled to continue through September of 2017.

Cassini has discovered plumes of water vapor pouring from its icy moon Enceladus, and discovered a new type of “Dusty Plasma” near Enceladus.

Cassini landed a probe on Saturn’s largest moon, Titan, and has imaged hydrocarbon oceans and river-like structures there.

Cassini has witnessed tiny shepherd moons within Saturn’s rings, and seen the effects of those moon’s gravity on the rings.

The Cassini orbiter has made many discoveries at Saturn, and has returned some of the most beautiful imagery produced by human space exploration.