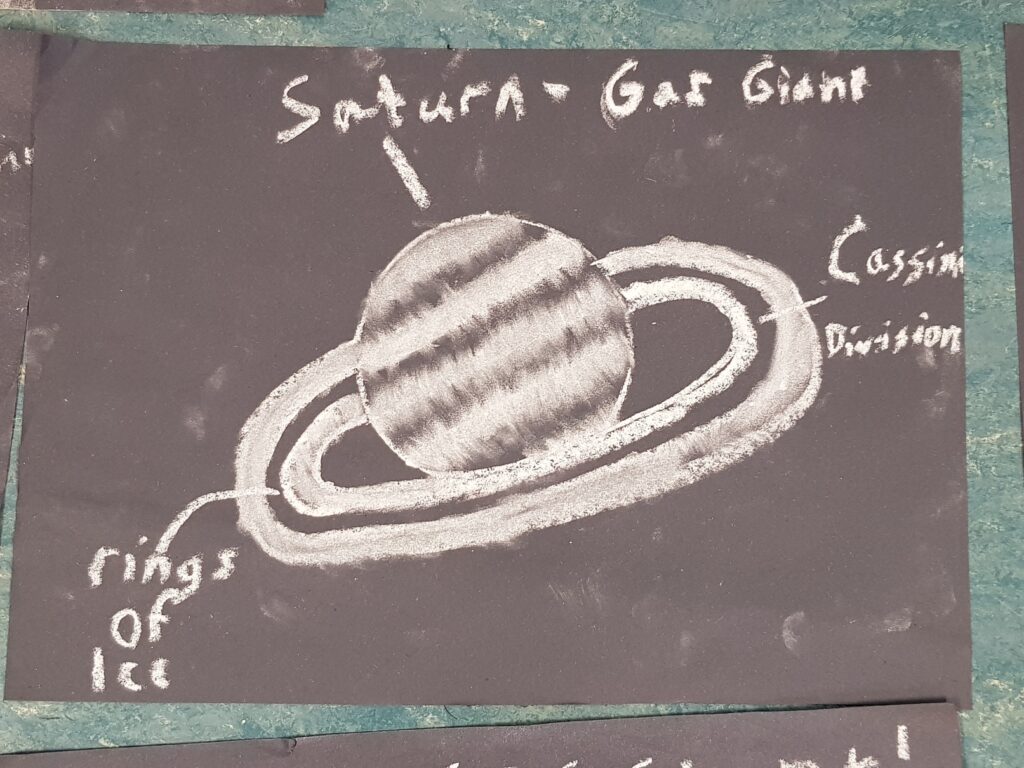 A lot of hours goes into creating videos with drawing involved. Getting myself organised with a desk that had an overhead camera. Sorting out the filming, editing and sound by myself was a bit of a task. A learning curve for me that was well worth the journey and the effort.

My videos were in use for Science Foundation Ireland’s Science Week in various schools around Ireland. They were also in use for Mayo Science Festival. I have to say that I missed the interaction with the children. However, I was very impressed with the drawings produced and was delighted that some teachers sent a selection to me. The fact that my science week remote workshops actually work was a great delight to me.

The main thing that impressed me was each drawing had its main parts notated by the children. Noting helps cement the learning along with drawing the subject. This year my presentation via drawing was all about Saturn and its rings. The children all pointed out Saturn Gas Giant, The Cassini Division, and Rings of Ice. That is a lot of learning for kids.

With the Saturn / Jupiter conjunction coming up on December 21st it was timely to have at least one of these giants involved. I included a short extra video about this unique event. The closest visual appearance of Saturn and Jupiter since 1623 !! That is very special indeed and let us hope lots of people get to see it. From Ireland, it will be a potentially awkward observation because the planets will be low in the South West.

Or check my video which is an tiny extract from my Science Week videos with the view from Ireland of the conjunction.

More on all this soon