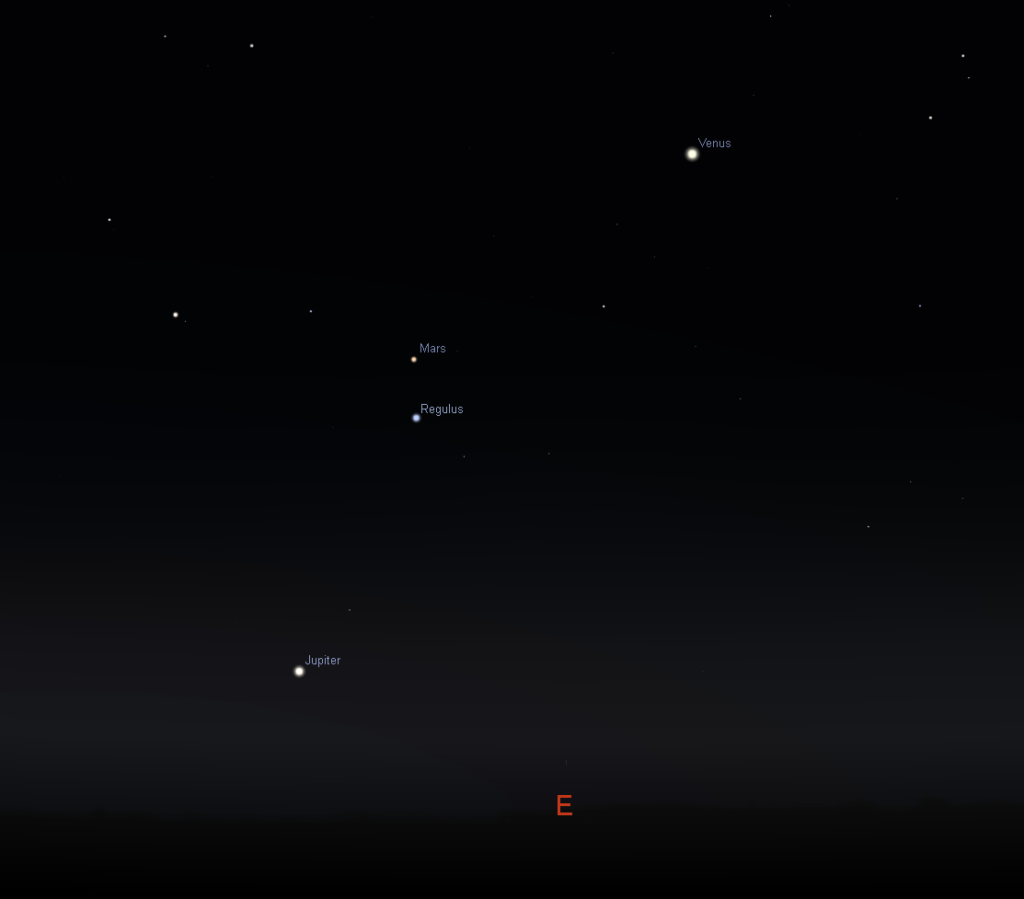 In the past couple weeks, I’ve been asked multiple times, as has my wife from her students: “What planet is that in the morning sky?”

The one high and bright is Venus. Mars is below Venus, and a little to the north – right above the bright star Regulus. Jupiter is lower, near the horizon.

On 17 Oct 2015, there will be a conjunction: Mars will be 24′ from Jupiter. That’s REALLY close, and I expect to see some spectacular images of the two posted later that day. 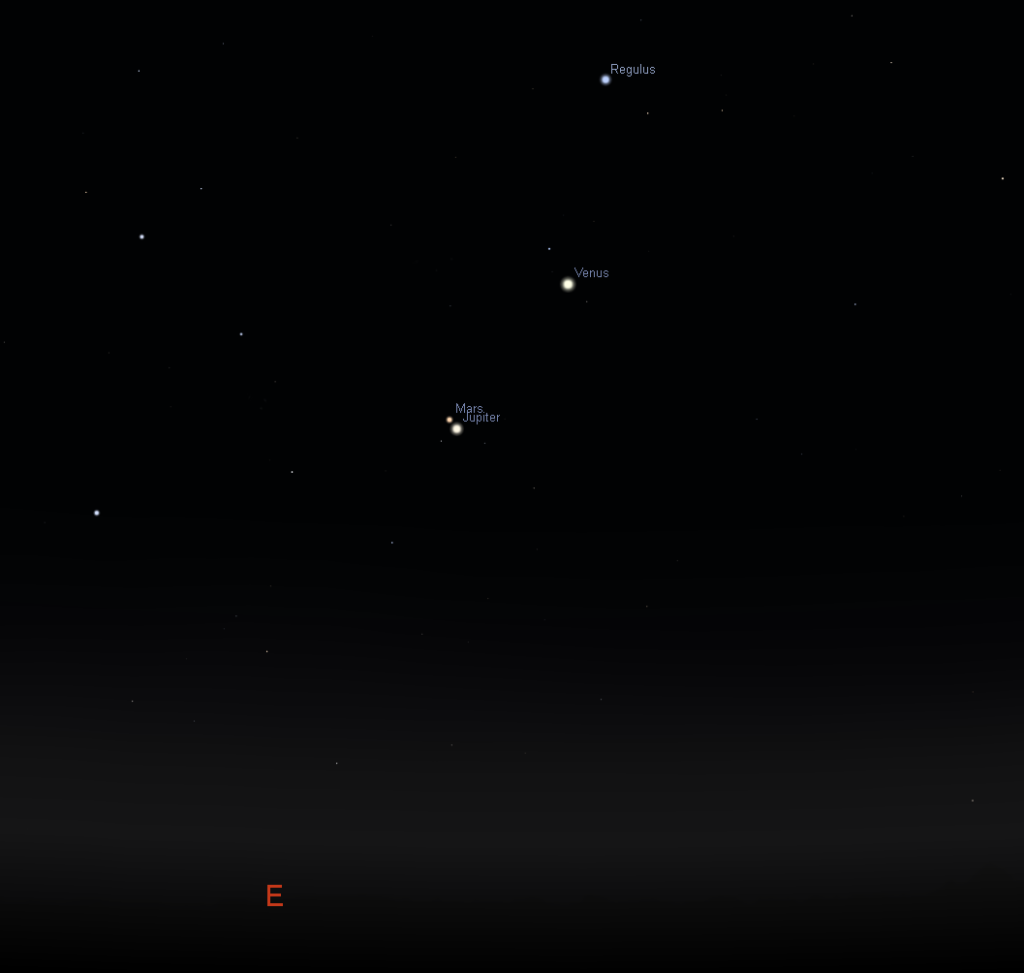 Morning sky during the conjunction on 17 Oct 2015. Image from Stellarium.

Below is an illustration of the locations of the planets during the conjunction. They may look close together in the sky from your vantage point here on Earth, but they are anything but! 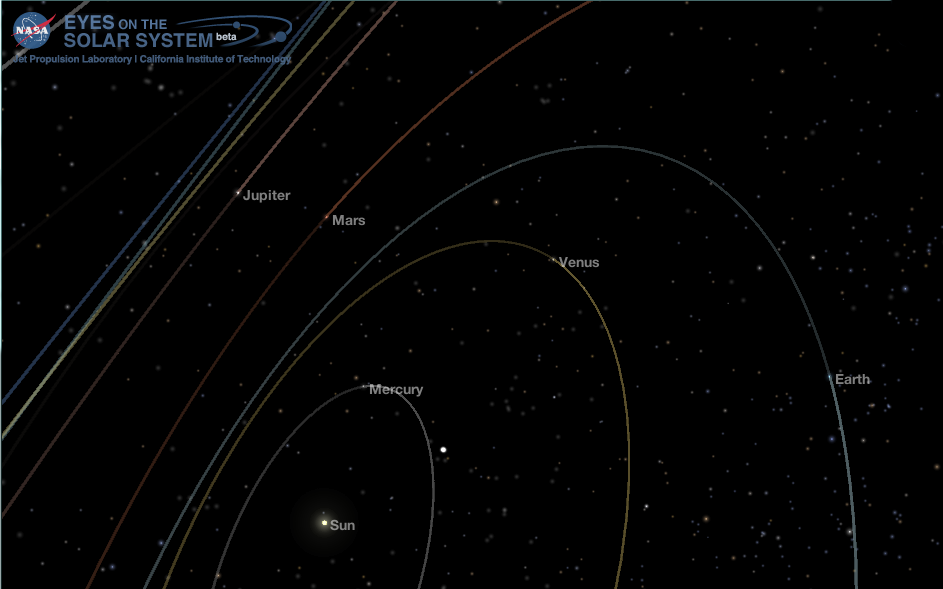 Inner Solar System during the conjunction of 17 Oct 2015. Credit: NASA Eyes on the Solar System