Since its founding in 1891, many people have passed through the doors of the Vatican Observatory.  A quick perusal of our guestbook reveals several Names, including Popes, nobel laureates, astronauts, actors, and saints. Today’s guestbook entry is from April 1, 1920 (no foolin’!), when Sydney Chapman made a visit. 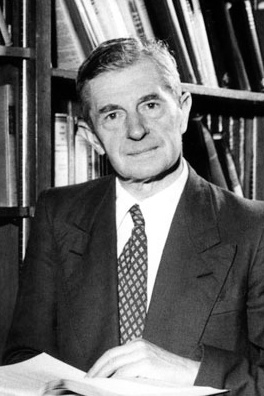 Next to his name, Sydney Chapman FRS (1888-1970) wrote, “Professor, The University, Manchester, lately of Greenwich Observatory.”  He was the Beyer Chair of Applied Mathematics at the University of Manchester.

He was a mathematician who turned his skills to various astronomical and atmospheric phenomena.  Prior to joining the faculty at the University of Manchester in 1919, he was assistant to the Astronomer Royal Sir Frank Dyson at the Greenwich Observatory.  Much of his work there involved studying the influence of the Sun and Moon on terrestrial magnetism.

He became Sedleian Chair of Natural Philosophy at Oxford in 1946. After retiring in 1953, he relocated to the US. He spent much of that time at the University of Alaska Geophysical Institute in Fairbanks, AK and the High Altitude Observatory in Boulder CO.

In mathematics, he is responsible for the Chapman-Kolmogorov equations governing Markov stochastic processes.  (Kolmogorov independently developed the same equations.)

In the 1930s, he figured out the photochemistry of ozone production in the upper atmosphere.  He also predicted the presence and character of the terrestrial magnetosphere, which were confirmed by the Explorer 12 satellite.

The Chapman medal is awarded annually by the Royal Astronomical Society in his honor for “investigations of outstanding merit in the science of the Sun, space and planetary environments or solar-terrestrial physics.”

The crater Chapman on the moon is named for him.