Last week, we began highlighting visitors who came on the occasion of the first General Assembly of the International Astronomical Union.  This event will occupy the next several entries in this column.  The visitors for today’s column include Guillaume Bigourdan, Émile Belot, Nicholas Donitch, Sydney Hough, and Andrew Crommelin. 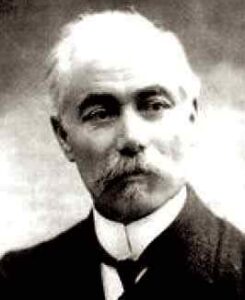 Camille Guillaume Bigourdan (1851-1932) visited on April 29. Next to his name, he wrote, “Paris, Observatoire national France.”

His research primarily involved the study of nebulae, of which he measured the positions of thousands. He also attempted (mostly unsuccessfully) to measure their proper motions.

He was director of the international bureau of time (Bureau International de l’Heure) from 1919-1928.

He was vice president of the French Academy of Sciences in 1923, and its president in 1924.

Émile Belot (1857-1944) visited on the first of May.  He wrote, “Paris Vice-President Societé Astronomique de France” (Paris, Vice-President of the Astronomical Society of France).

Belot was a chief engineer of French state factories.  He explored methods of automating production and the use of machines to streamline manufacture.

He served as vice president of the French philomathic society and the French astronomical society.

In astronomy, he was primarily interested in cosmogeny. He was a proponent of  a dualist theory of the origins of worlds, in which the early Sun had a violent interaction with some larger nebulous object. This interaction (according to the hypothesis) led to the formation of the planets.

Belot did not formally serve on any committee of the IAU, but petitioned (unsuccesfully, as far as I can tell) for the formation of a committee on cosmogeny. 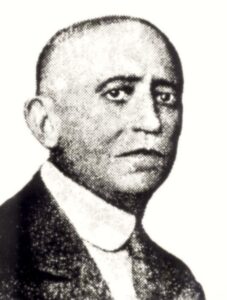 He came from a noble Romanian family.  He directed the observatory in Bessarabia.

He belonged to the Romanian Academy until he was expelled by communist authorities in 1948, at which time he fled to France.

Donitch was a member of the IAU committee on solar physics.

The asteroid 9494 Donici is named in his honor.

NOTE: Thanks to the historian Magda Stavinschi of the Astronomical Institute of the Romanian Academy, I have corrected the year of Donitch’s death. I originally cited incorrect internet information. 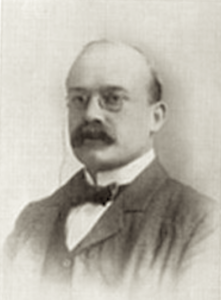 He directed the Royal Observatory of South Africa from 1907 to 1923.

His background was applied mathematics (regarding tidal theory). The Hough functions in the equations governing the fluid motions of tides are named for him.

As director of the Royal Observatory, he became adept at practical astronomy as well. He carried forth the observatory’s contribution to the Carte du Ciel program, measuring the positions of more than twenty thousand stars. 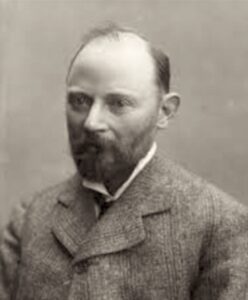 His astronomical work involved solar eclipses as well as calculating the orbits of comets.  He spearheaded one of the famous solar eclipse expeditions of 1919 to test Einstein’s general theory of relativity.  His group made observations from Sobral, Brazil.

He was president of the Royal Astronomical Society from 1929-1931.

The asteroid 1899 Crommelin, the comet 27P/Crommelin, and the craters Crommelin on the moon and Mars are all named in his honor.