Today’s guestbook entry is from February 4, 1913, when Edwin Frost made a visit. 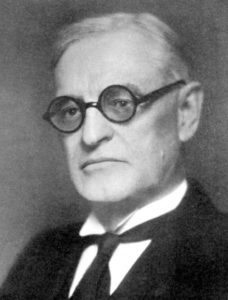 Over roughly the same period, he was editor of the Astrophysical Journal, one of the leading publications for astrophysical research.

His research involved spectroscopic binary stars. (That is, where the two stars are not resolved visually, but the dual doppler shift of the stellar spectrum indicates its binary nature.)

He was the first to note the peculiar variability of Beta Cepheid variable stars.

There is a crater on the Moon named Frost in his honor, and the asteroid 854 Frostia.