Both Market Square and Art Museum have characters to greet you.

When my wife and I were in Cincinnati to visit the observatory there (click here and here for posts on that observatory), we decided to visit the Cincinnati Art Museum.  The goal of our visit was to find astronomical imagery in art work.  Astronomy in art and architecture has always seemed to me to be a great topic for The Catholic Astronomer.  It is something that might appeal to a very broad variety of people (click here for posts on the “Astronomy in Art & Architecture” theme).  Of course it is something that might especially appeal to people interested in astronomy, and to Catholics (given the emphasis on art and architecture in the Catholic Church).

So, let us first look at astronomical imagery in
THE MUSEUM: 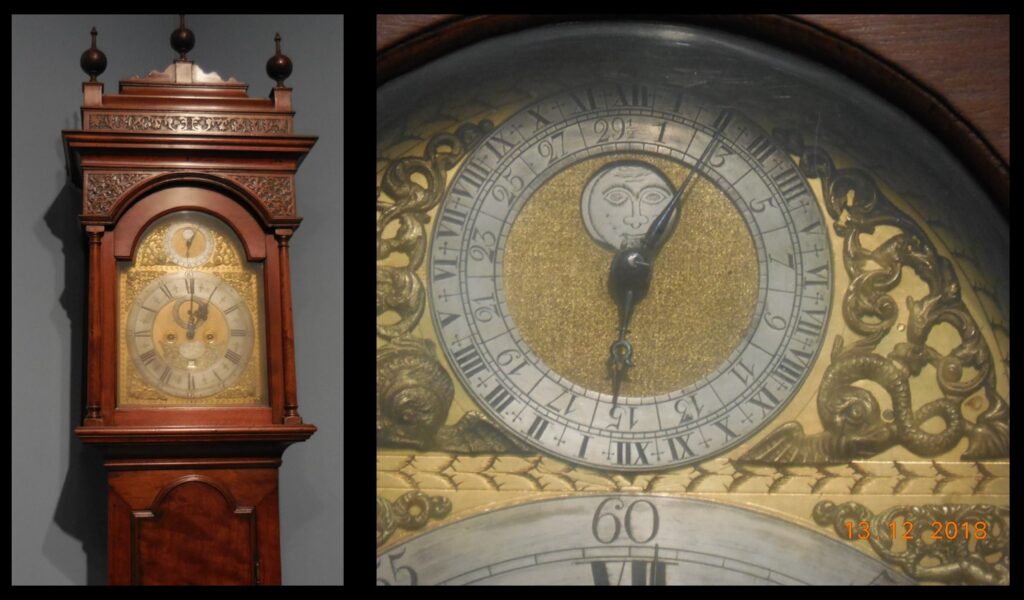 These are some of the works in the Cincinnati Art Museum that have some representation of the sun or moon. From left to right, these are portions of “Moonlit Lake” (by Ralph Albert Blakelock, painted 1890), “Golden Sunset” (George Inness, 1862), and “The Premonition” (Paul Marioni, 1981). 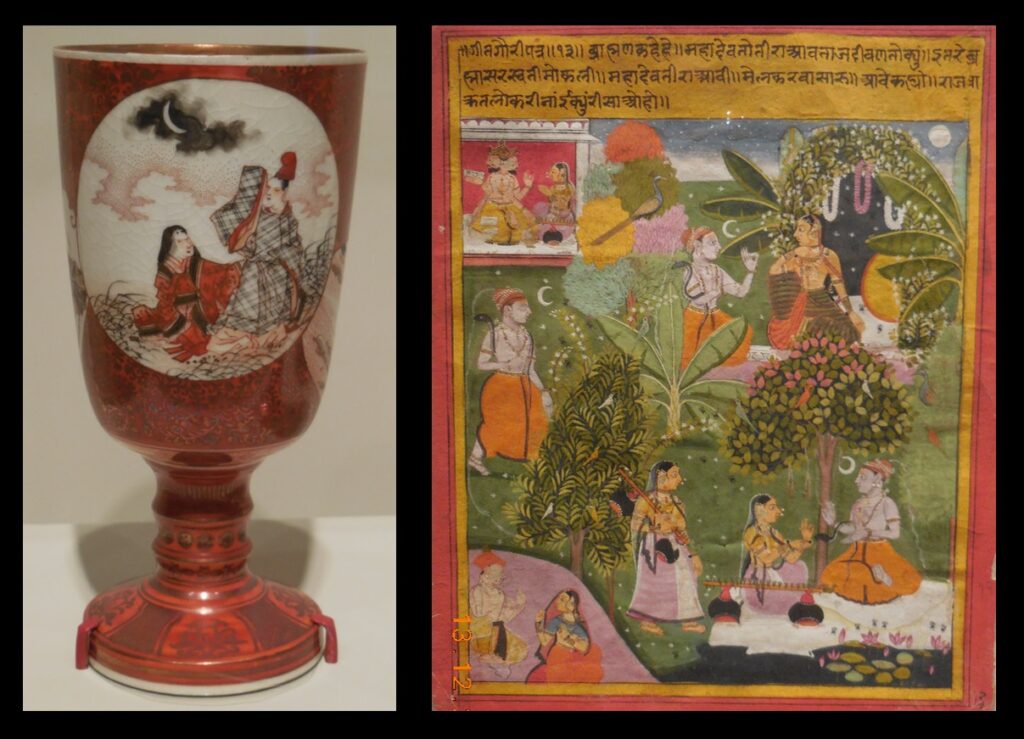 The 19th-century Japanese cup at left, produced by the Setsuzando studio, shows a crescent moon. The 17th-century manuscript page showing Shiva and Parvati meeting in a forest setting has moons and stars scattered everywhere.

Within the Market Square, images of the sun and the moon abound. 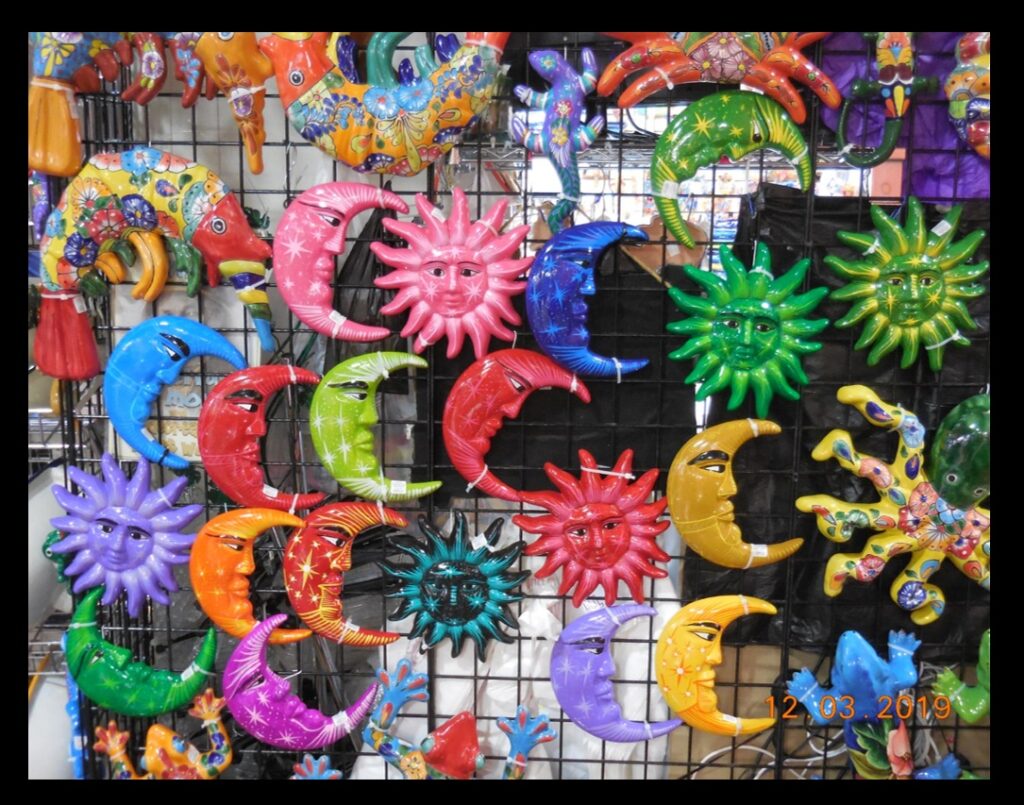 In some places, these images fill up an entire wall.

This row of suns was eye-catching.

Stars are not absent from the Market Square, either. 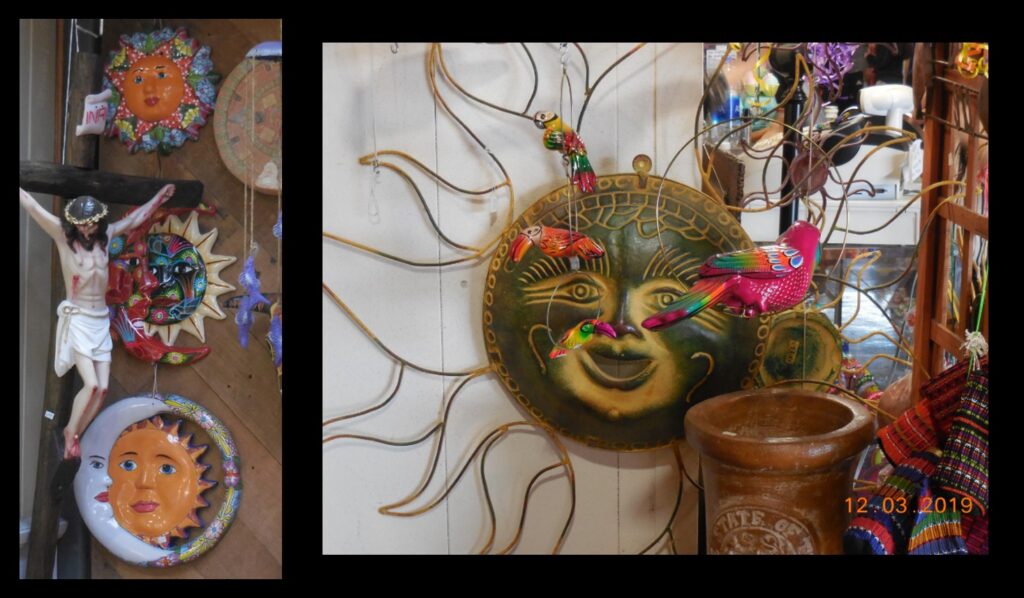 More suns, together with The Crucifixion.