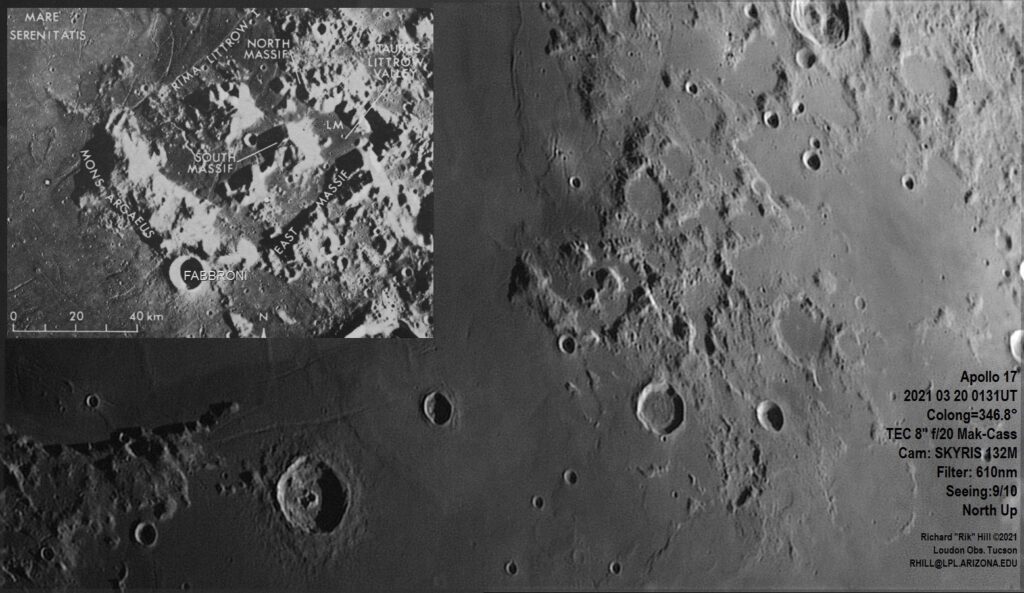 I’ve done this region before, numerous times, but this was probably the best seeing I ever had on it. This was a 9/10 night and I was really surprised at what I saw. The large crater at the bottom is Plinius (44km dia.) and to its right is the smaller Dawes (19km). Nearly an equal distance in the same direction is an even smaller crater Fabbroni (12km) and then 4 mountains aligned almost perpendicular to the line through these three craters. Looking at the inset NASA image you can see Mons Argaeus north of Fabbroni and then South Massif. On the other side of South Massif is the Taurus-Littrow valley and the LM is where the the Apollo 17 Lunar Module set down.

Just above the LM is North Massif and to the right are the Sculptured Hills with the Wessex Cleft between them, all names given to these features by Eugene “Gene” Cernan and Harrison Schmidt of the crew of Apollo 17. Below the LM in the inset is a small mountain, approximately 2×2.5 km in size, that was named Bear Mountain. It is clearly visible in my image. All the 22 hours of EVAs of that mission (Extra Vehicular Activity) took place between South Massif and North Massif north of Bear Mountain as they collected a record setting 110.5kg of samples, a record yet today for any single mission. It was quite a thrill to be able to identify all these details on an image taken with my modest telescope!! 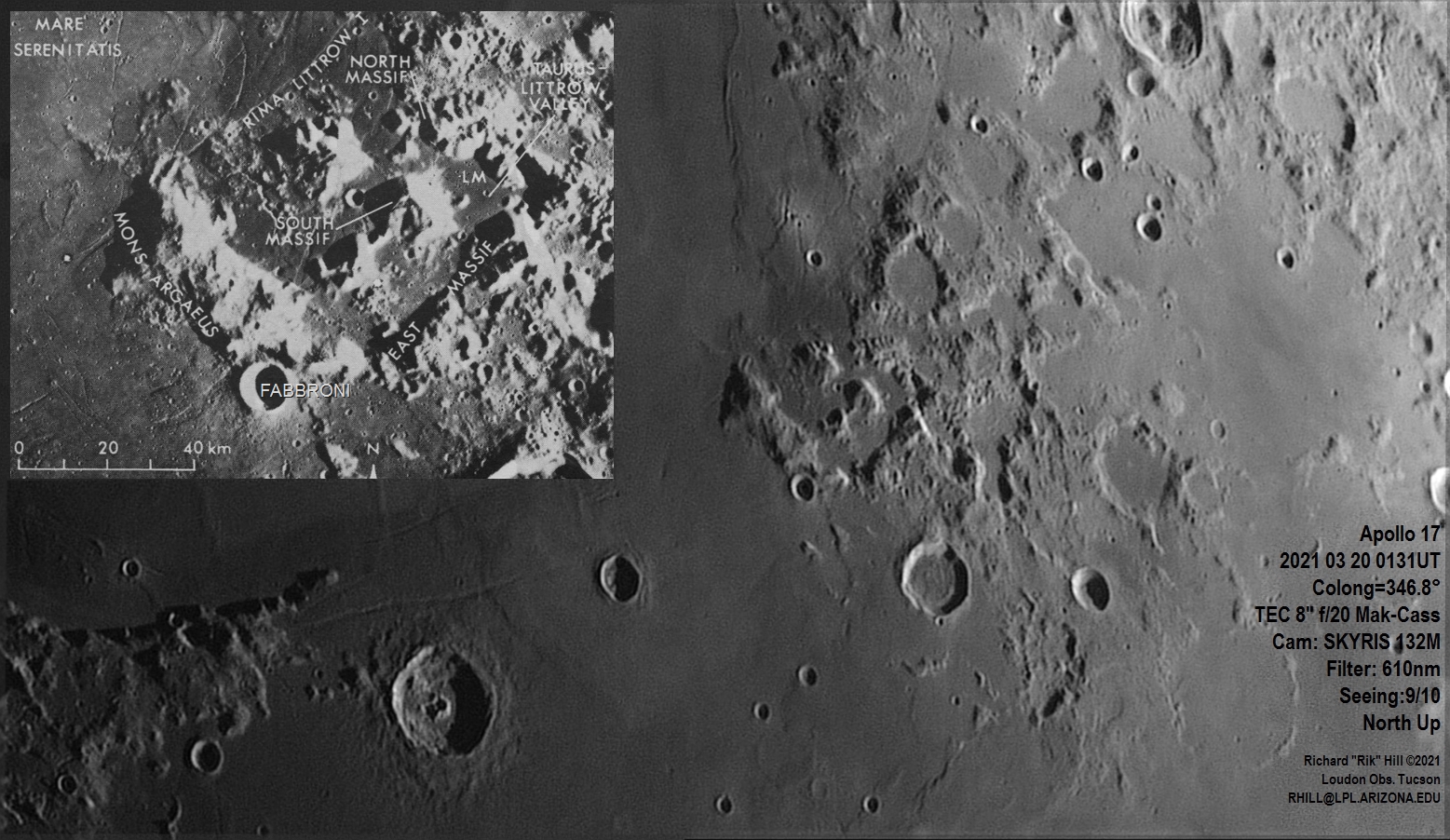