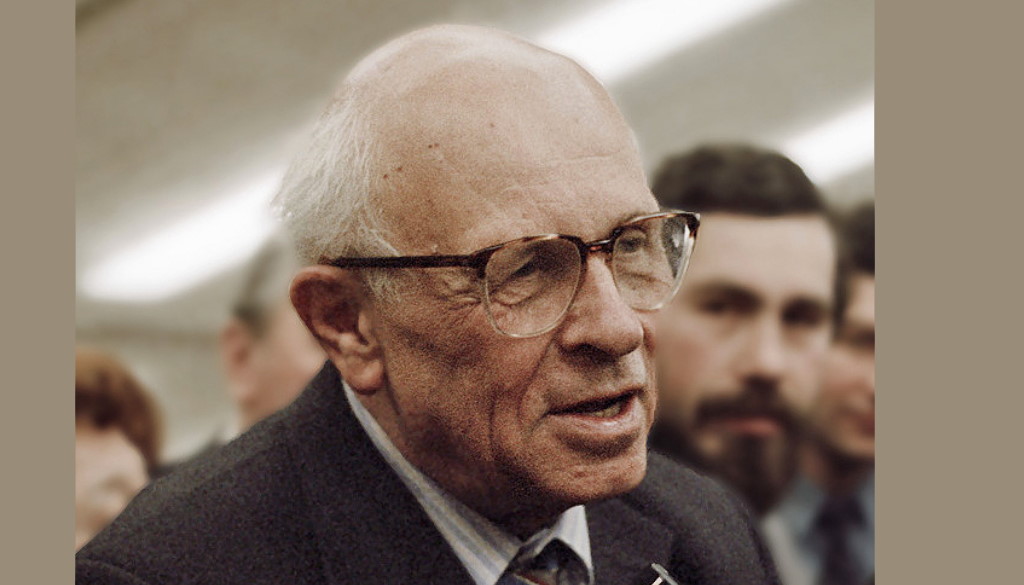 Andrei Dmitrievich Sakharov (21 May 1921 – 14 December 1989) was a Soviet and Russian nuclear physicist, dissident, Nobel laureate, and activist for disarmament, peace and human rights.

He became renowned as the designer of the Soviet Union‘s RDS-37, a codename for Soviet development of thermonuclear weapons. Sakharov later became an advocate of civil liberties and civil reforms in the Soviet Union, for which he faced state persecution; these efforts earned him the Nobel Peace Prize in 1975. The Sakharov Prize, which is awarded annually by the European Parliament for people and organizations dedicated to human rights and freedoms, is named in his honor.  – Wikipedia