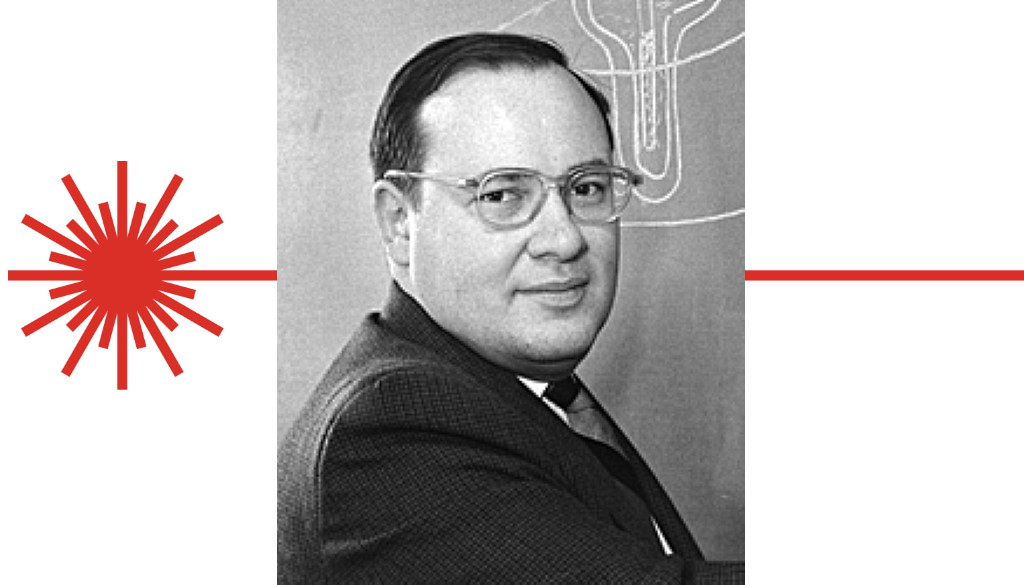 Arthur Leonard Schawlow (May 5, 1921 – April 28, 1999) was an American physicist and co-inventor of the laser with Charles Townes. His central insight, which Townes overlooked, was the use of two mirrors as the resonant cavity to take maser action from microwaves to visible wavelengths. He shared the 1981 Nobel Prize in Physics with Nicolaas Bloembergen and Kai Siegbahn for his work using lasers to determine atomic energy levels with great precision. –Wikipedia