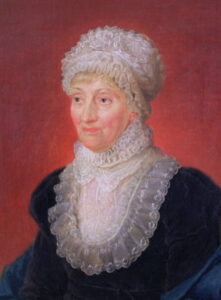 Caroline was the sister of William, a musician from Hannover whose passion for astronomy led him to surpass most academically trained astronomers of his day. He became a renowned telescope maker and one of the greatest observational astronomers of all time.

Caroline’s starry career started inauspiciously, simply assisting William in his astronomical undertakings. There were times when he was grounding lenses and mirrors with such assiduity that she needed to spoon-feed him. Over the years, she became a notable astronomer in her own right.