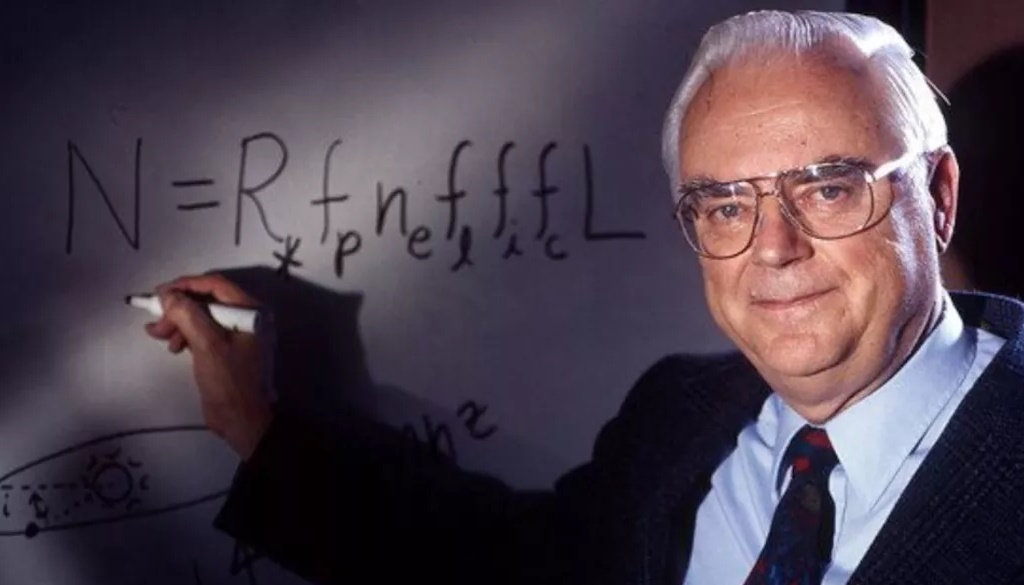 Frank Donald Drake (May 28, 1930 – September 2, 2022) was an American astronomer and astrophysicist. He was involved in the search for extraterrestrial intelligence, including the founding of SETI, mounting the first observational attempts at detecting extraterrestrial communications in 1960 in Project Ozma, developing the Drake equation, and as the creator of the Arecibo Message, a digital encoding of an astronomical and biological description of the Earth and its lifeforms for transmission into the cosmos. – Wikipedia