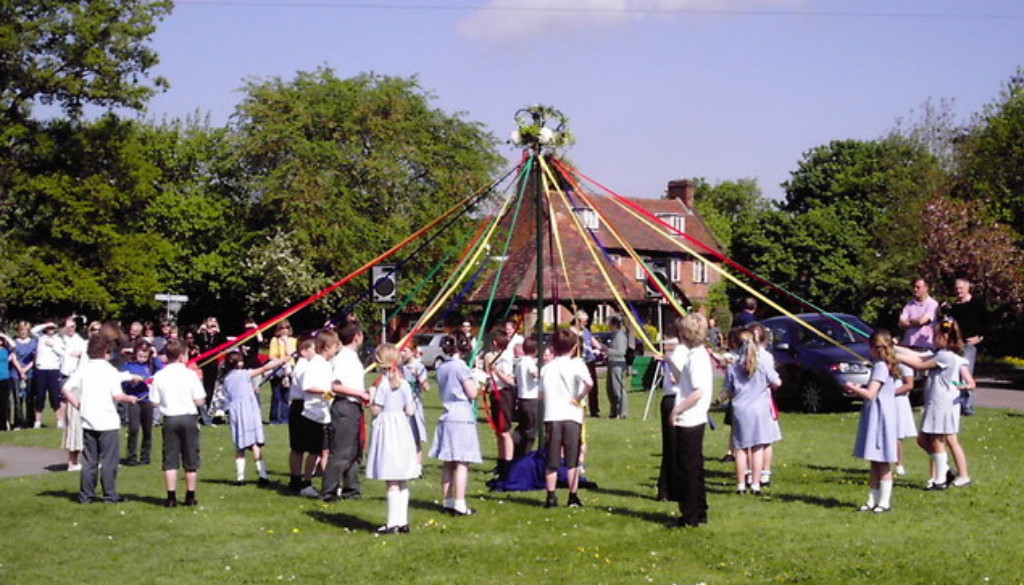 May Day is a public holiday usually celebrated on 1 May. It is an ancient Northern Hemisphere spring festival and a traditional spring holiday in many cultures. Dances, singing, and cake are usually part of the festivities. In the late 19th century, May Day was chosen as the date for International Workers’ Day by the Socialists and Communists of the Second International to commemorate the Haymarket affair in Chicago. International Workers’ Day can also be referred to as “May Day”, but it is a different celebration from the traditional May Day. – Wikipedia

May 1, May Day, or Beltane, was the halfway point between the spring equinox and the summer solstice, and marked the beginning of summer for the ancient Celts. It was a day for dance and song to hail the sown fields starting to sprout.

May Day or Beltane (May 1) was a time for the pairing of young couples, although not yet for their wedding, which would not come until the Quarter Day which was called Midsummer Day (June 24). Midsummer is basically the same as the Summer Solstice, so there were approximately 6 weeks between May 1 and Midsummer for the couple to get to know each other.

Virtual Tour of the Vatican Observatory