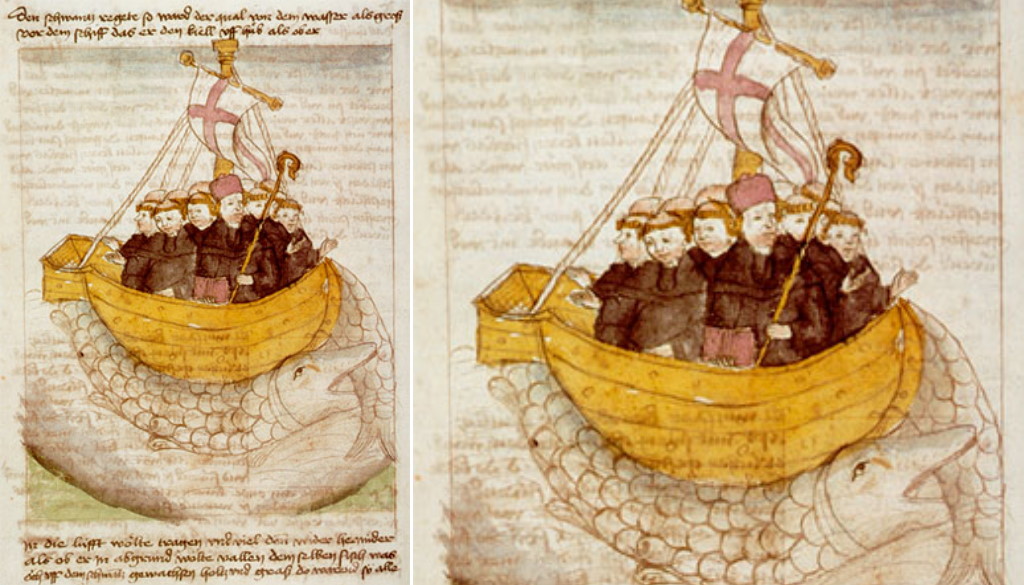 Brendan of Clonfert (c. AD 484 – c. 577) Brénainn moccu Alti or Brénainn maccu Alti (Irish: Naomh Bréanainn or Naomh Breandán; Latin: Brendanus; Icelandic: (heilagur) Brandanus), also referred to as “Brendán moccu Altae” (Brendan of the Fosterling Folk), called “the Navigator”, “the Voyager”, “the Anchorite”, and “the Bold”, is one of the early Irish monastic saints and one of the Twelve Apostles of Ireland. He is primarily renowned for his legendary quest to the “Isle of the Blessed”, also denominated “Saint Brendan’s Island“. The Navigatio Sancti Brendani Abbatis (“Voyage of Saint Brendan“) can be described as an immram, i. e., Irish navigational narrative.

Saint Brendan’s feast day is celebrated on 16 May by Catholics, Anglicans, and Orthodox Christians. – Wikipedia

Assumption of the Blessed Virgin Mary