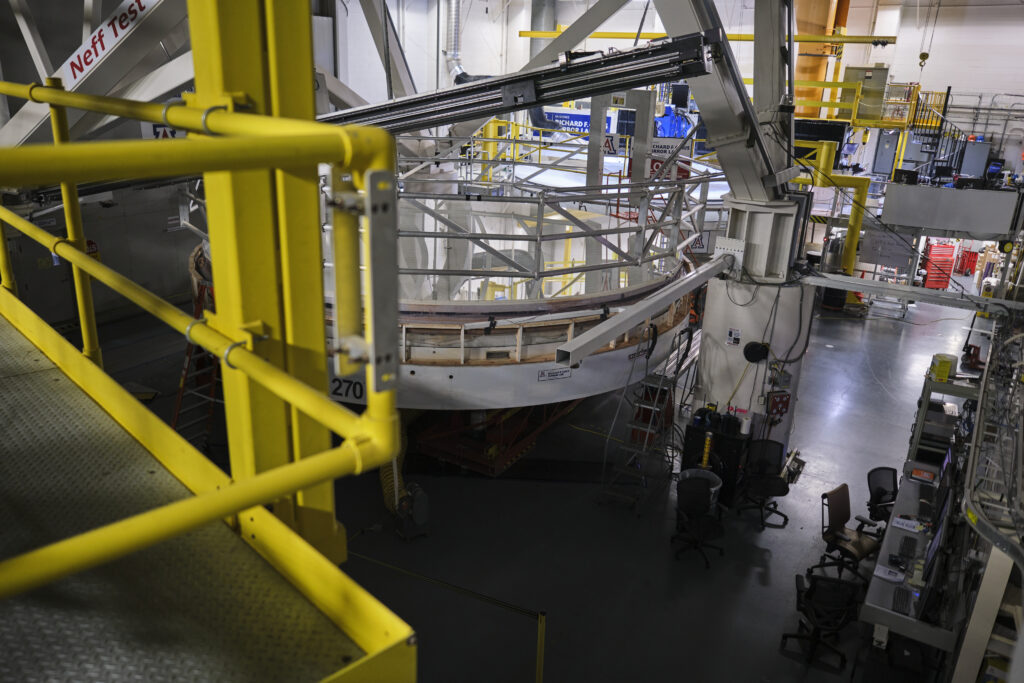 To steal a quote from one of my parishioners at St. Olaf, day two of ACME was a “Holy Spirit” day. Brother Guy, Chris Graney, and I delivered presentations that fit beautifully despite the fact we had no idea what each other was going to say. The best summary came when Chris Graney stated, “Our attempts as Catholics to clarify faith and science by engaging epic apologetic questions and attacking atheism has not moved the needle. We need a different approach.”

What might this different approach be? Two themes emerged: Listen attentively to the real reasons people struggle with faith and embrace a mentality of doing faith and science instead of just talking about it.

For example, in my priestly ministry I have encountered many who claim they have become an atheist because of science. When I listen attentively to these concerns, science quickly fades from the discussion. Instead, discussions about past hurts, rejection by friends, and distrust with the Church emerge as the real reasons. It has taught me that the epic apologetic battles are not always the best starting point when discussions faith and science.

That being said, do we need reasonable defenses of faith when people make claims about the Church and its relationship with science? Absolutely! Chris Graney offered a presentation on his current research on Johannes Kepler. As he brilliantly wove his way through Kepler’s work on classifying stars, he shared that we need to be careful not to make “non-scientific scientific statements.”

For example, the statement “stars like our Sun are common in our universe” is actually not correct. When compared with other star types, our Sun is not nearly as common as other types of stars.

What I gleaned from these presentations is that one of the main reasons epic apologetic arguments fail is that false presumptions that are not scientific and nonauthentic faith are fueling the debates. To quote St. Augustine, “An error in the beginning is an error indeed.”

What the three of us put forward is a model of how living authentic faith and doing authentic science will do far more to develop a bridge of spiritual traverse than epic apologetic questions ever will.

After this morning of reflection, we traveled to the Steward Observatory to visit the Richard F. Caris mirror lab. It was an insightful day of not only learning about some of the largest telescopes being built, but we also had the chance to visit a working astronomy lab.

The lab we visited is currently processing data received just before the beginning of the pandemic from a telescope in Chile. The lab uses a device that cancels out the atmospheric distortions from turbulence to study stars more clearly. We were shown an image of a star that looked like one object, but when corrected showed itself to be two companion stars. Amazing!

I always find it inspiring to see real astronomy in action. It affirms in me that practicing my faith and doing science is a far more fruitful endeavor than trying to “armchair quarterback” culturally divisive arguments founded on cultural cliches and inaccurate information. In short, a very inspirational day indeed!

The day ended with Mass, dinner, and, due to hazy conditions, Brother Guy showed us a documentary on professional astronomers. Personally, the early end of the night was appreciated – I was tired!

What will day three of ACME present us? Stay tunned and find out! Have a great Wednesday everyone! 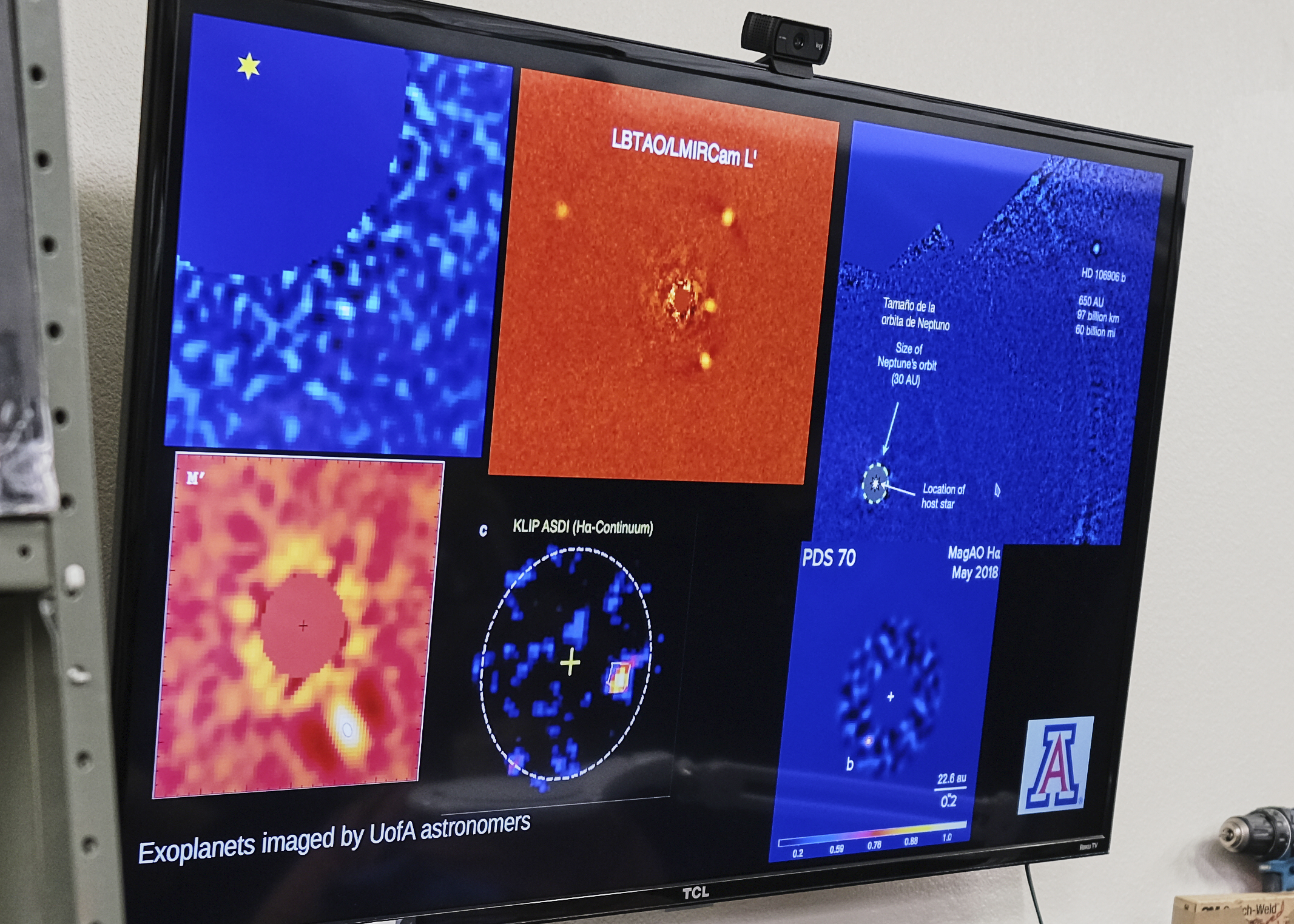 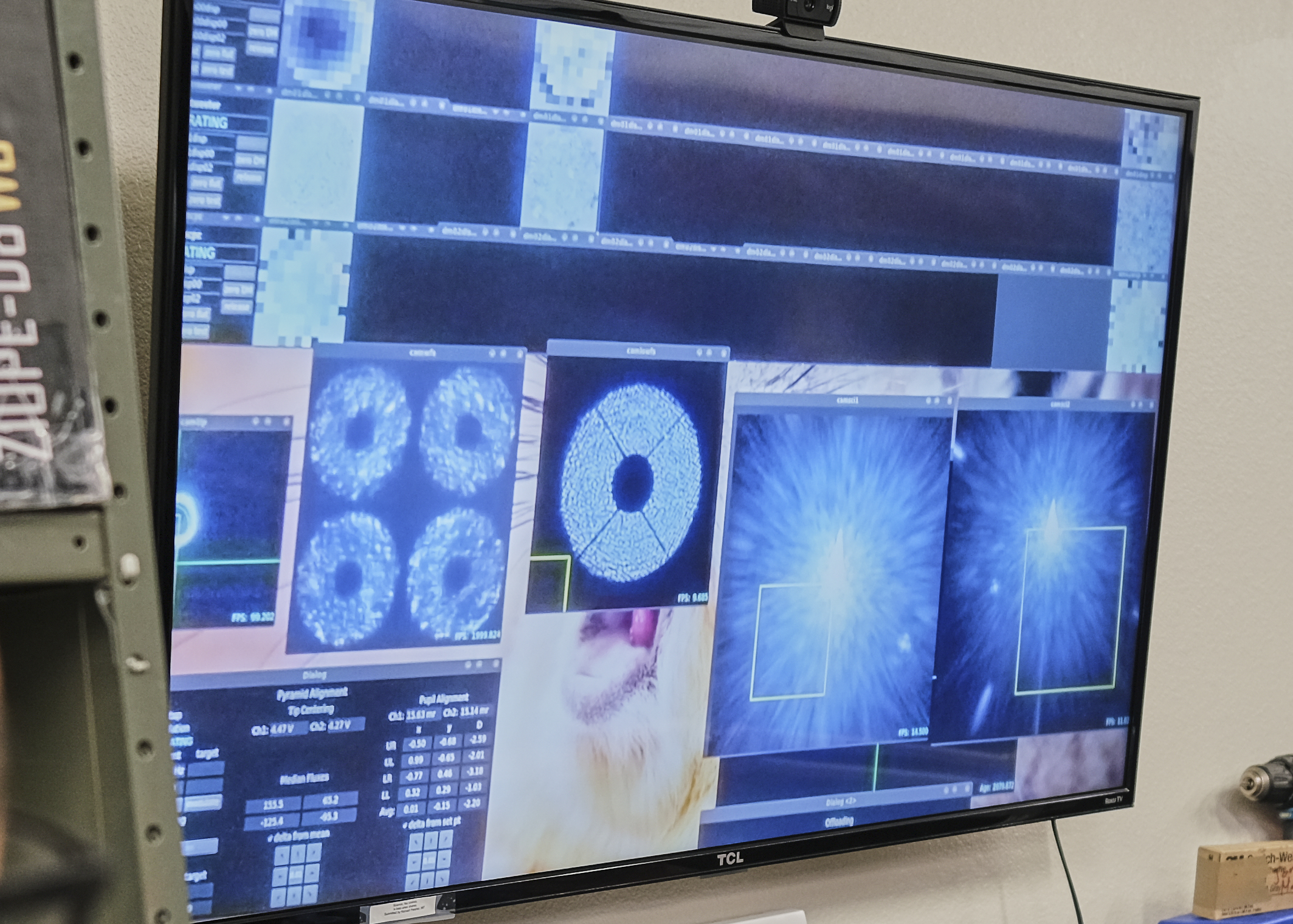 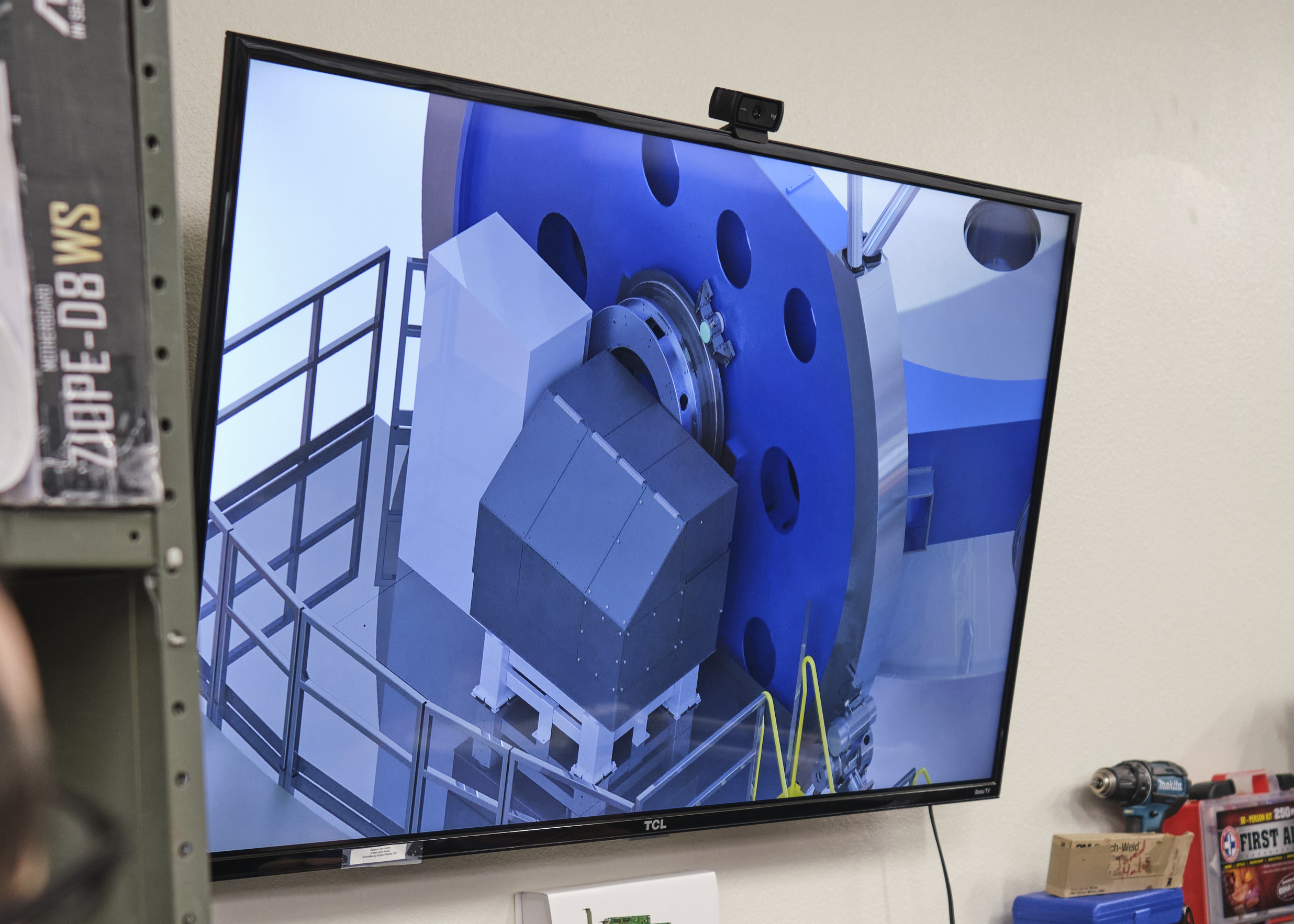 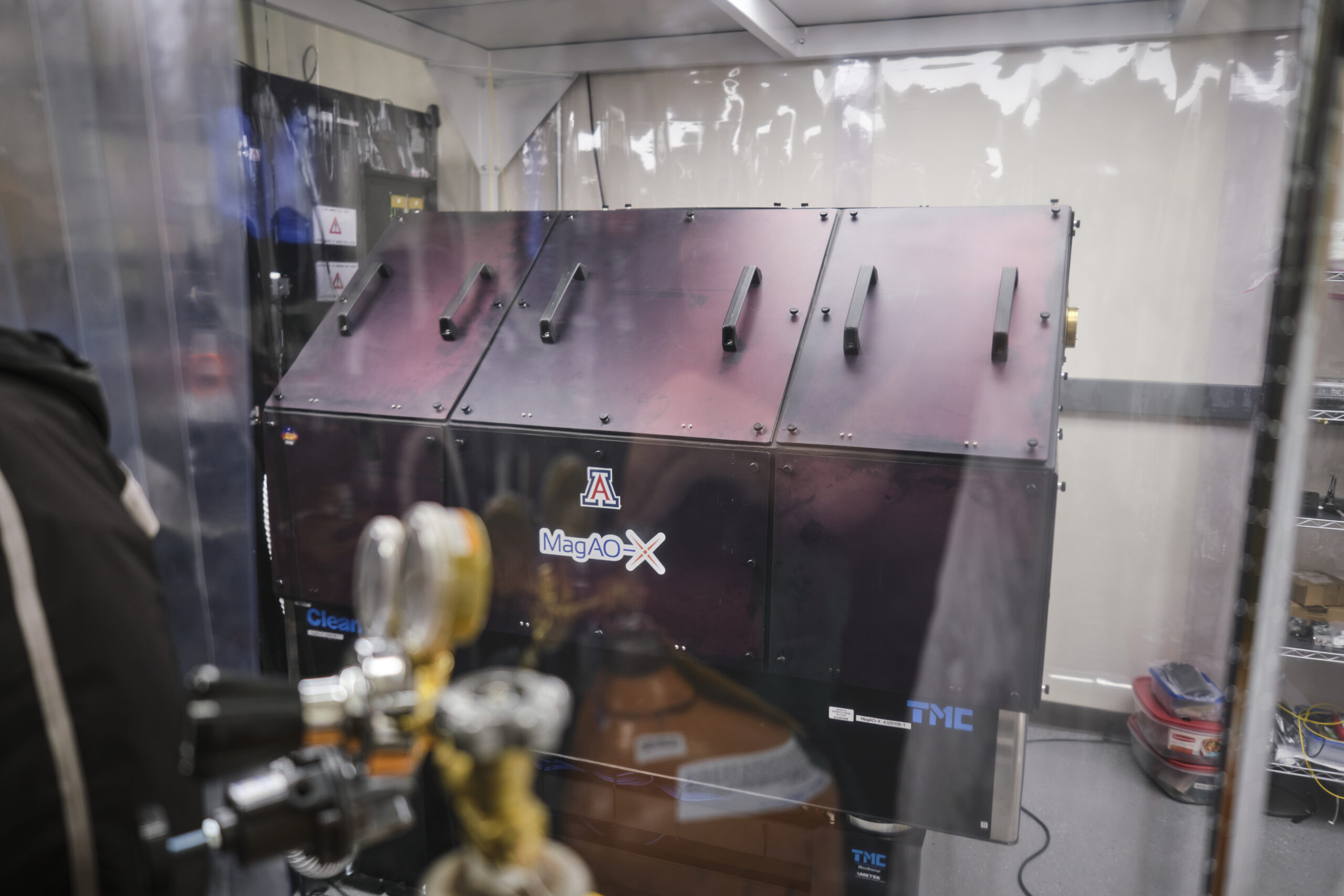 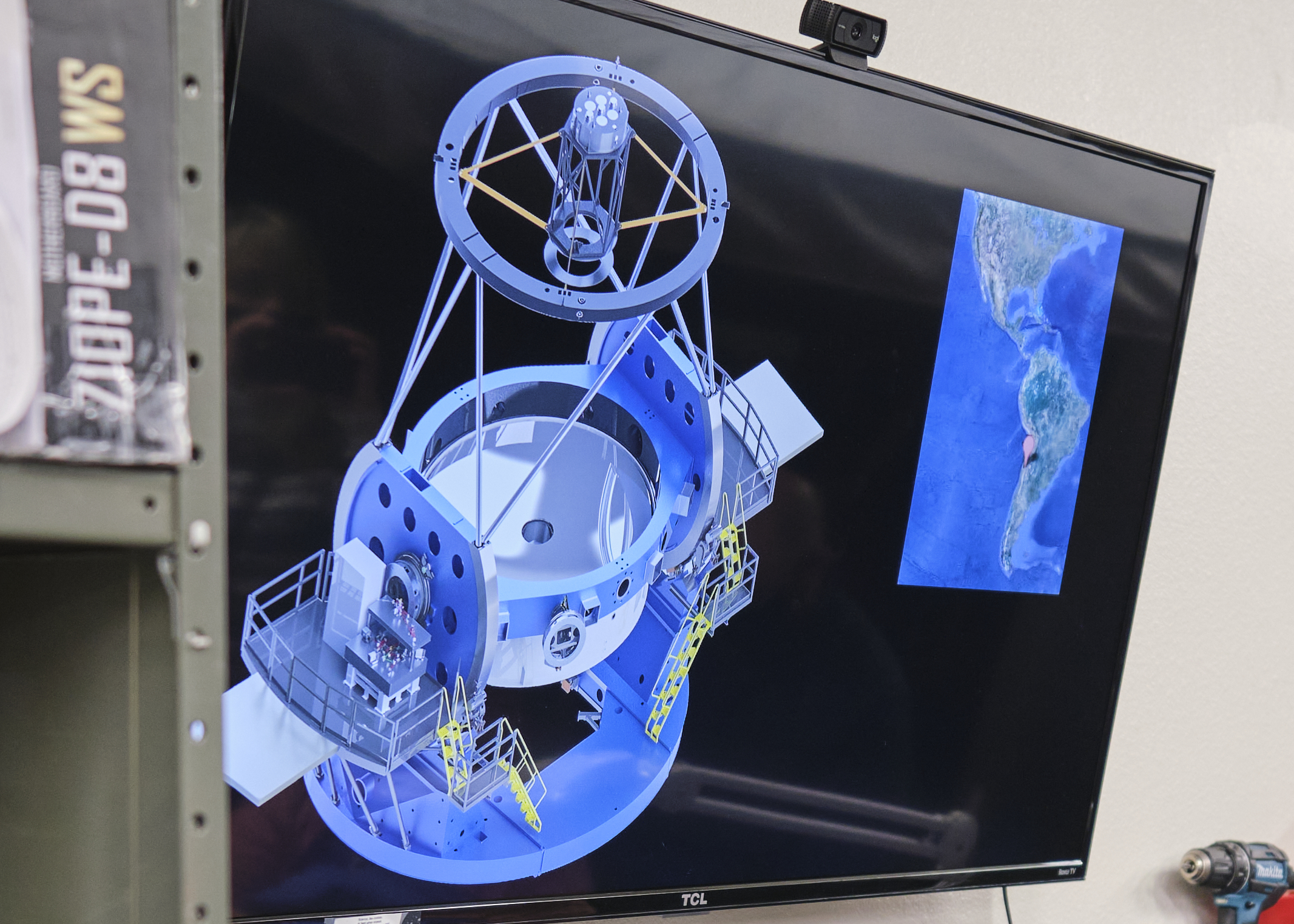 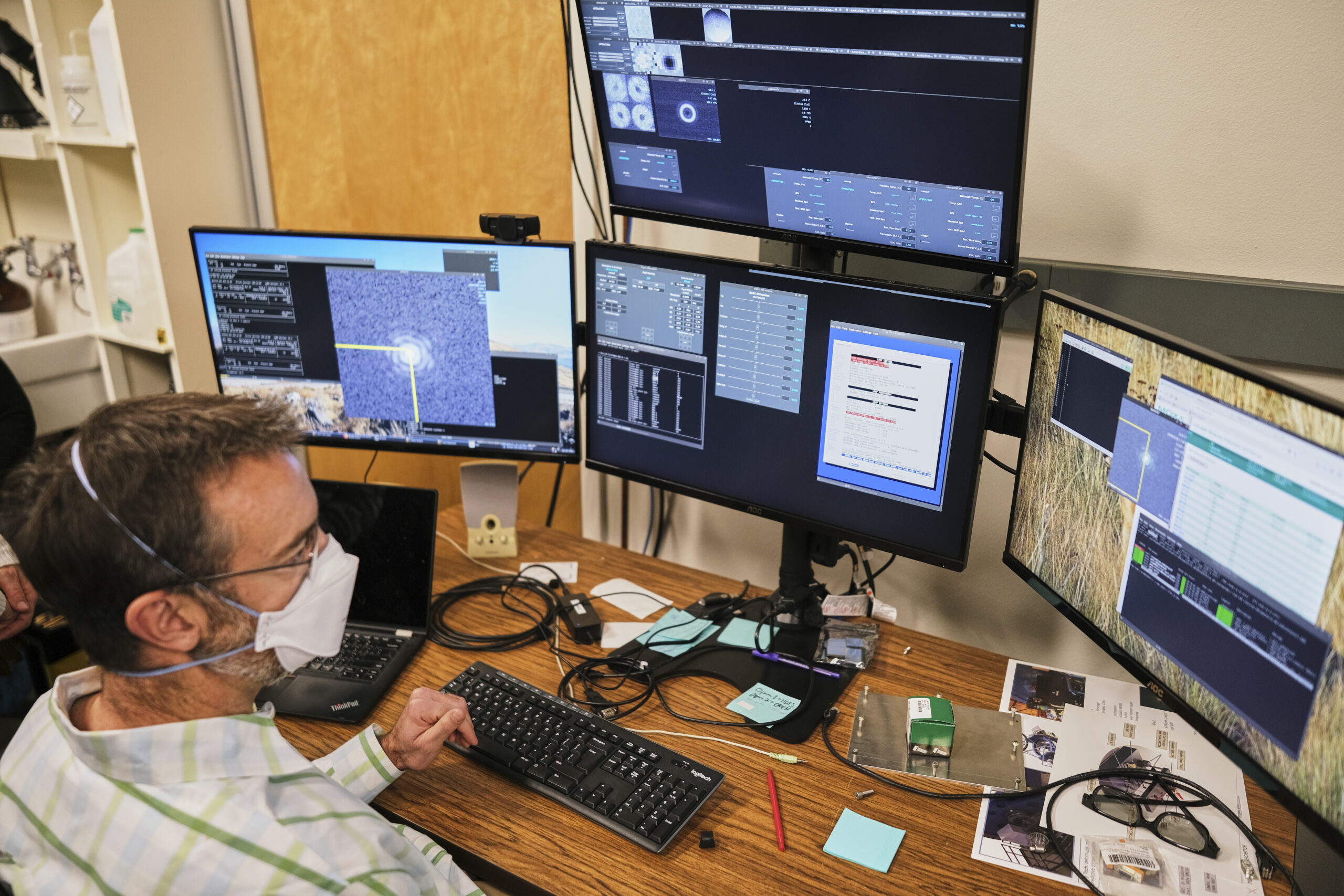 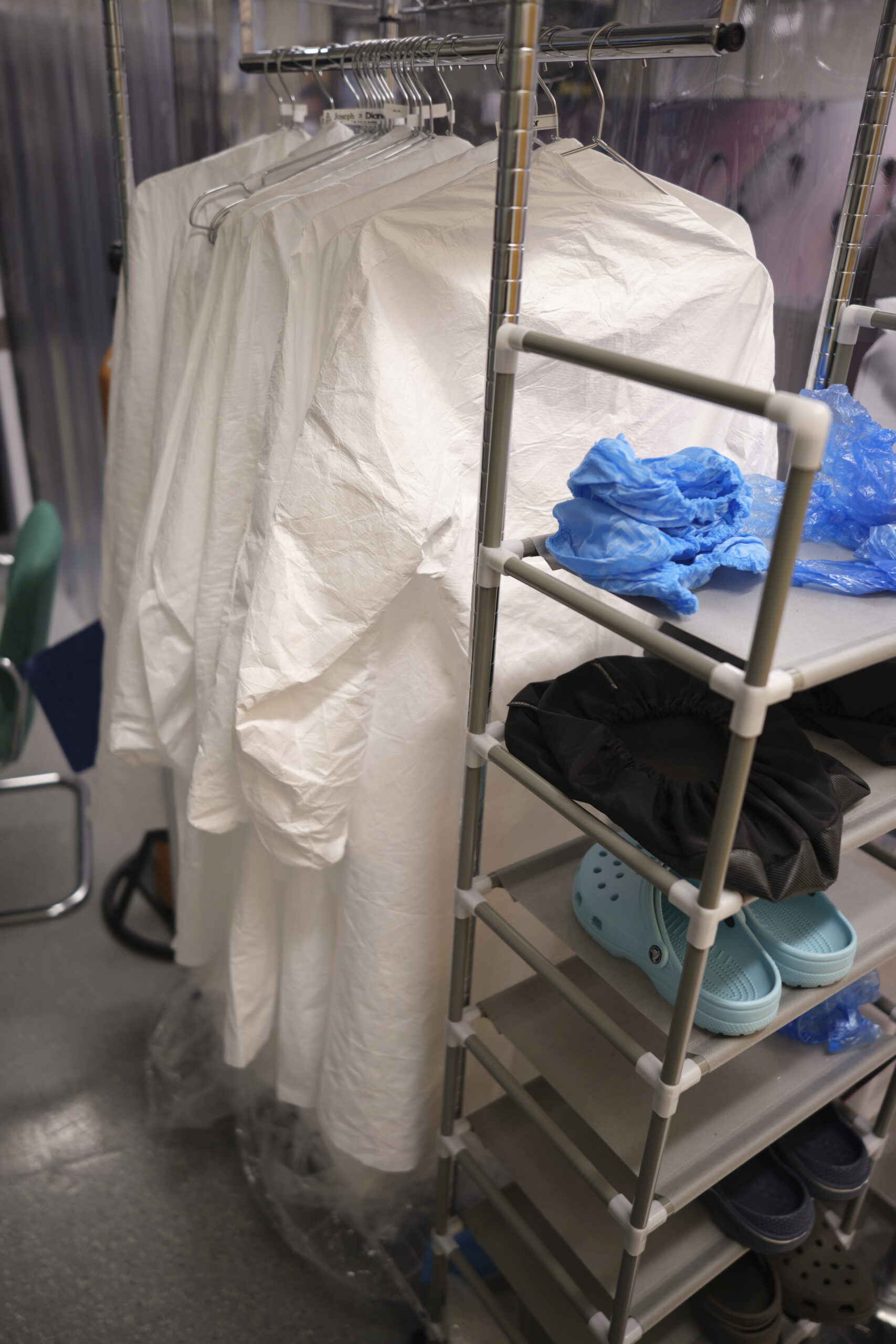 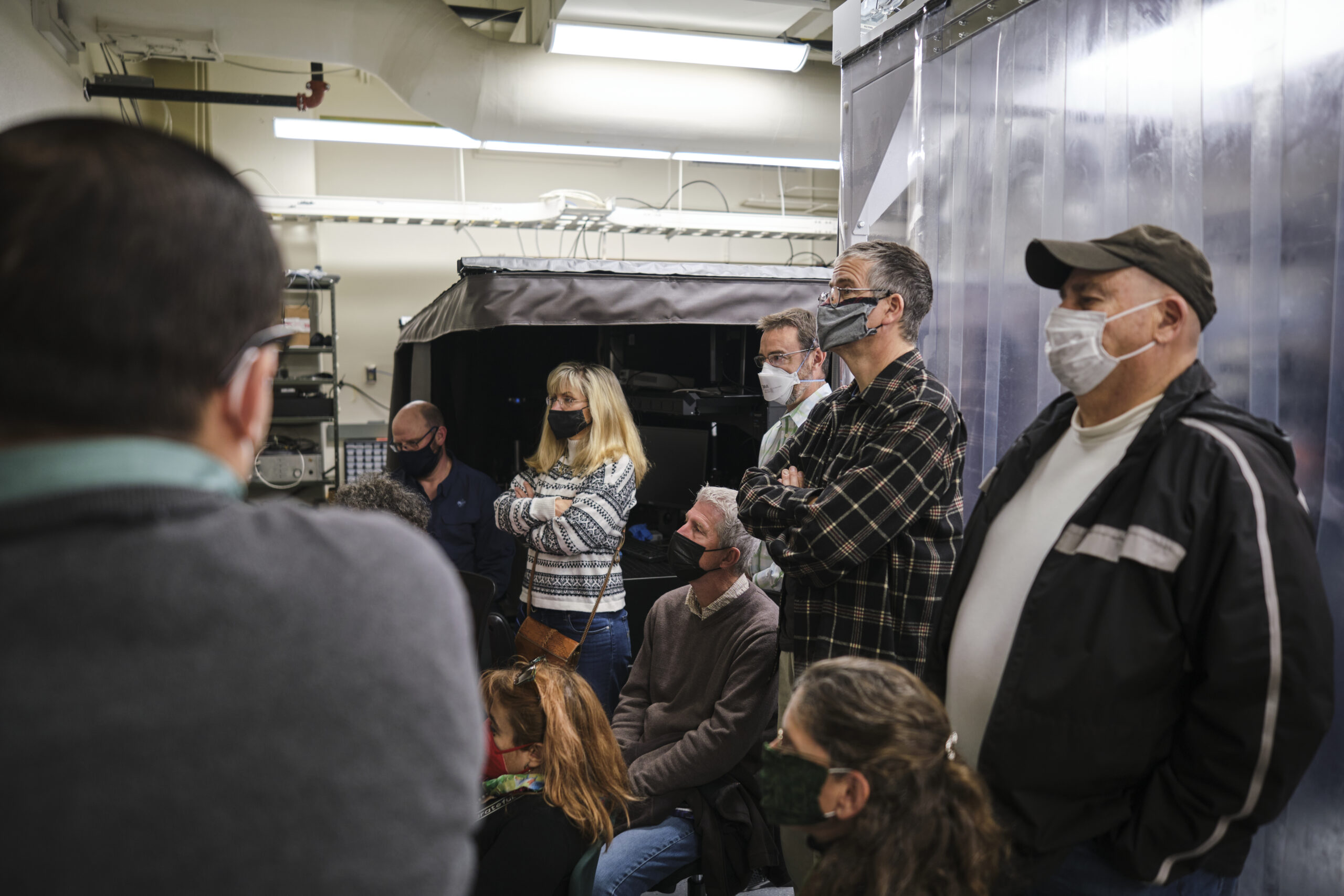 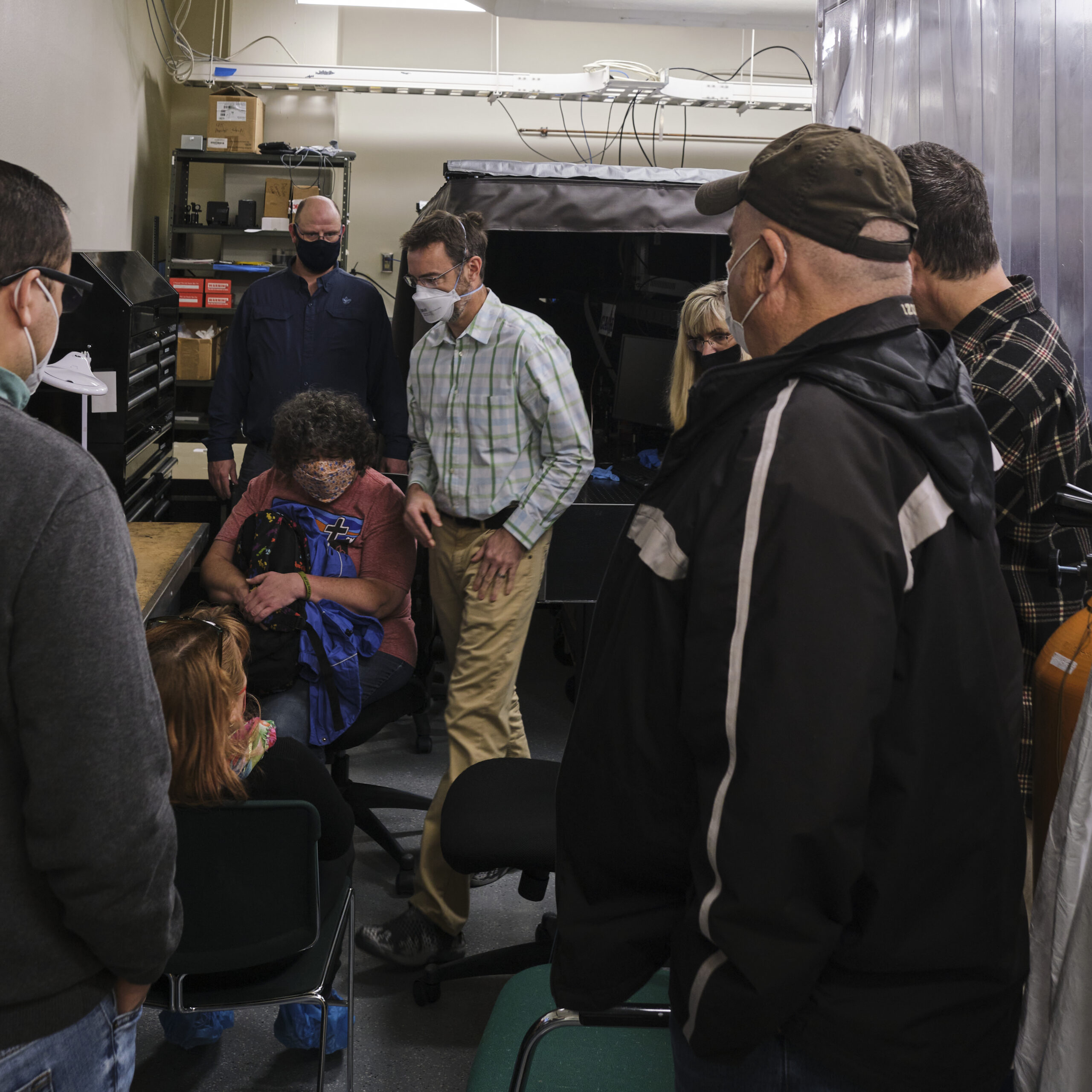 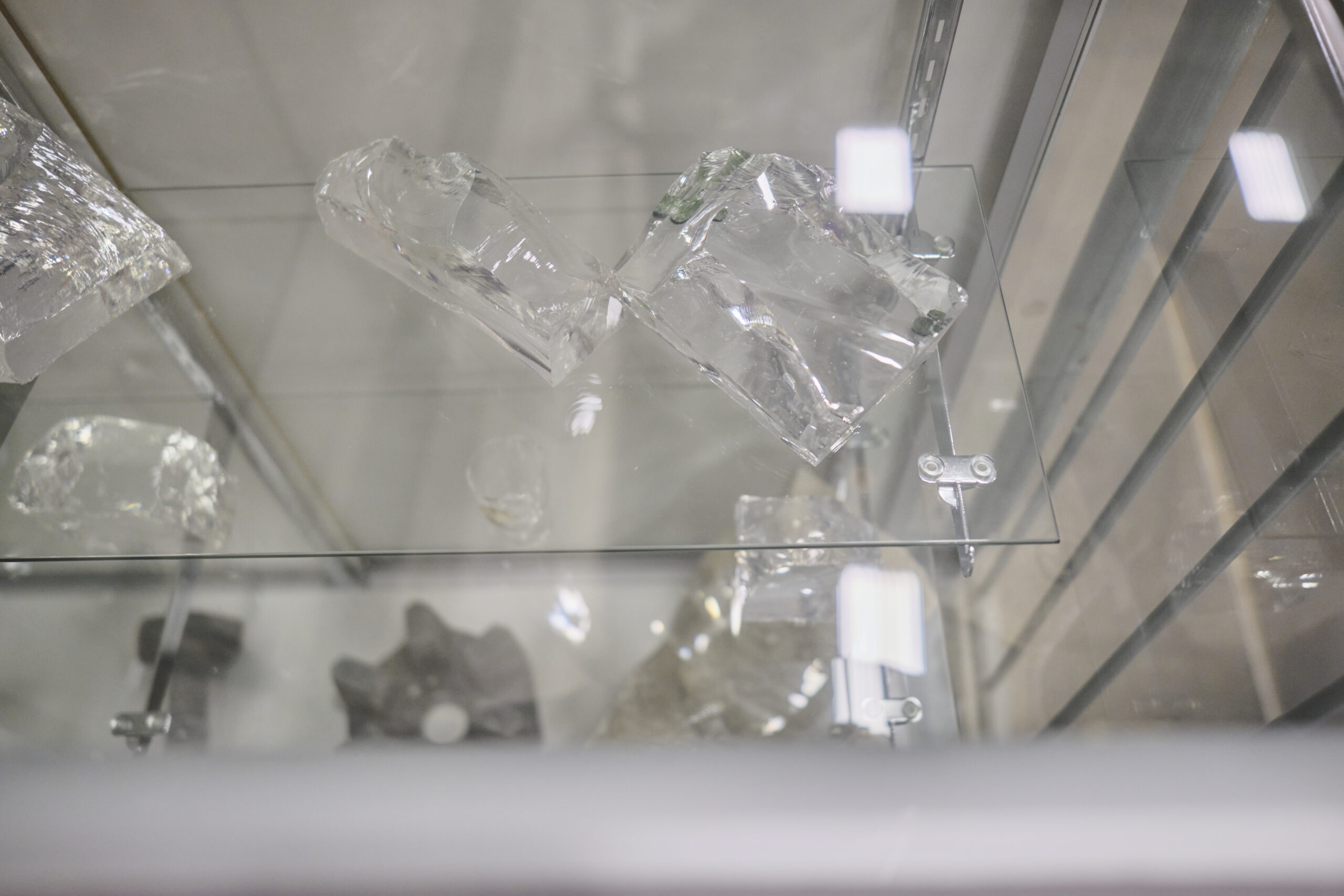 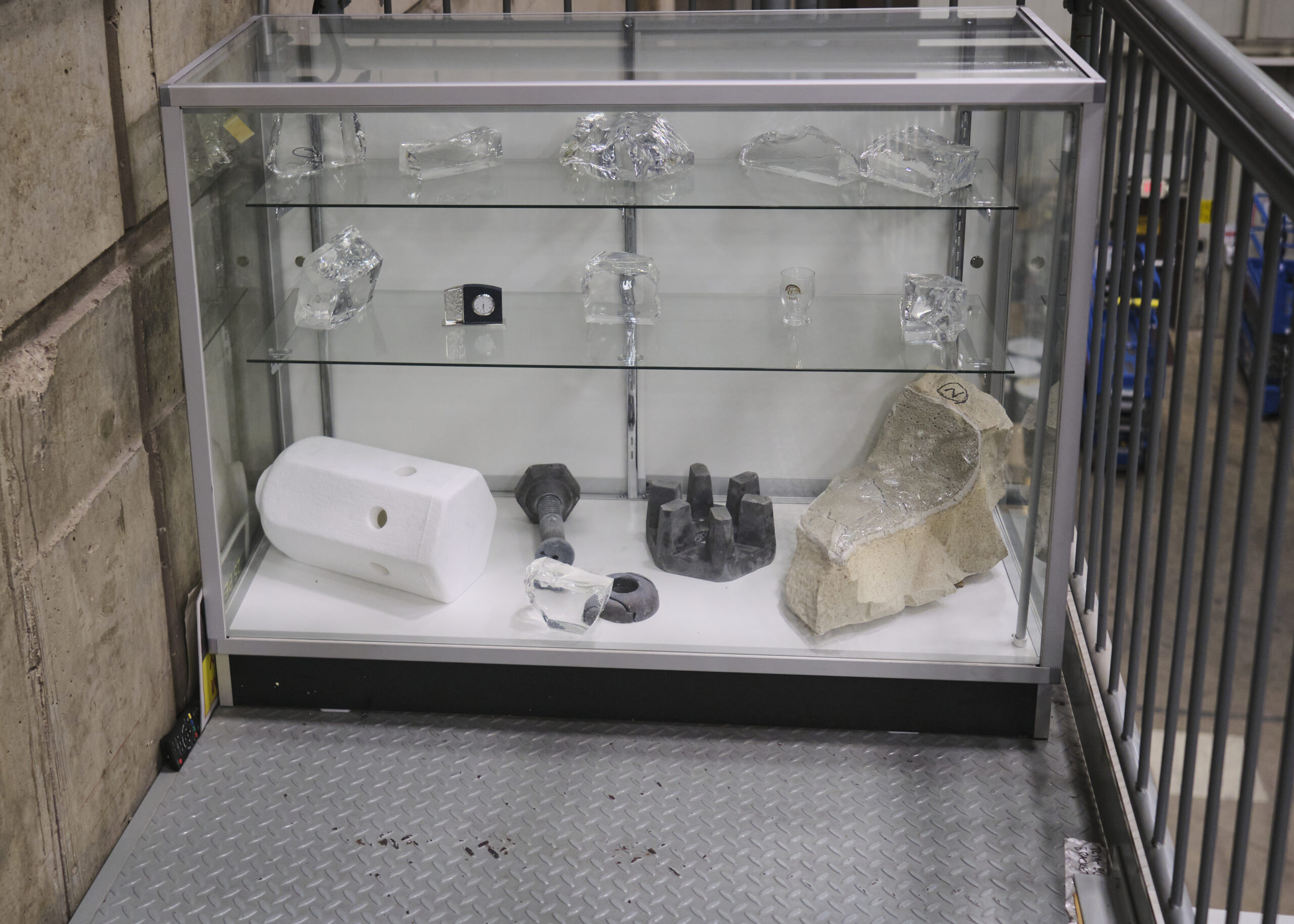 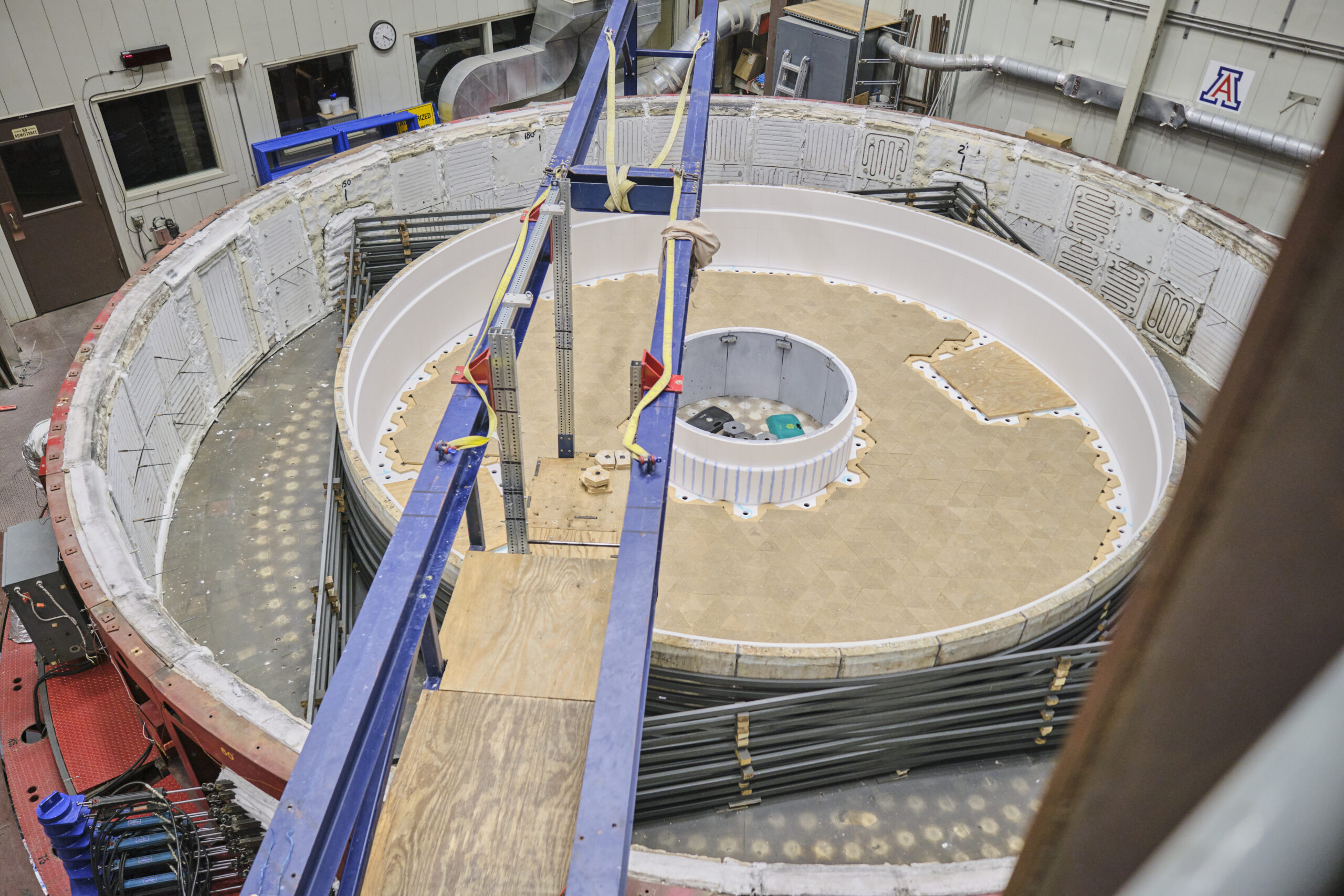 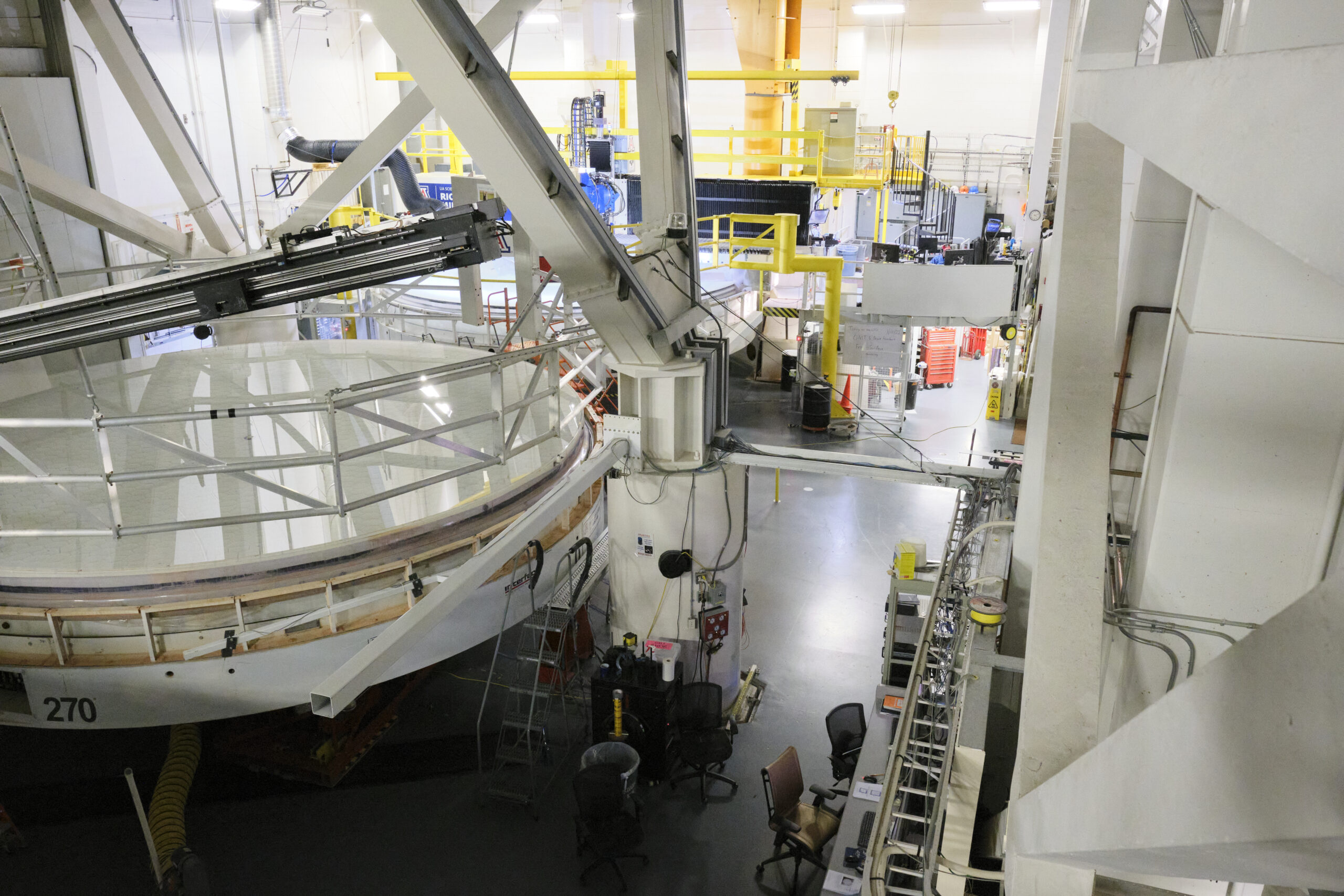 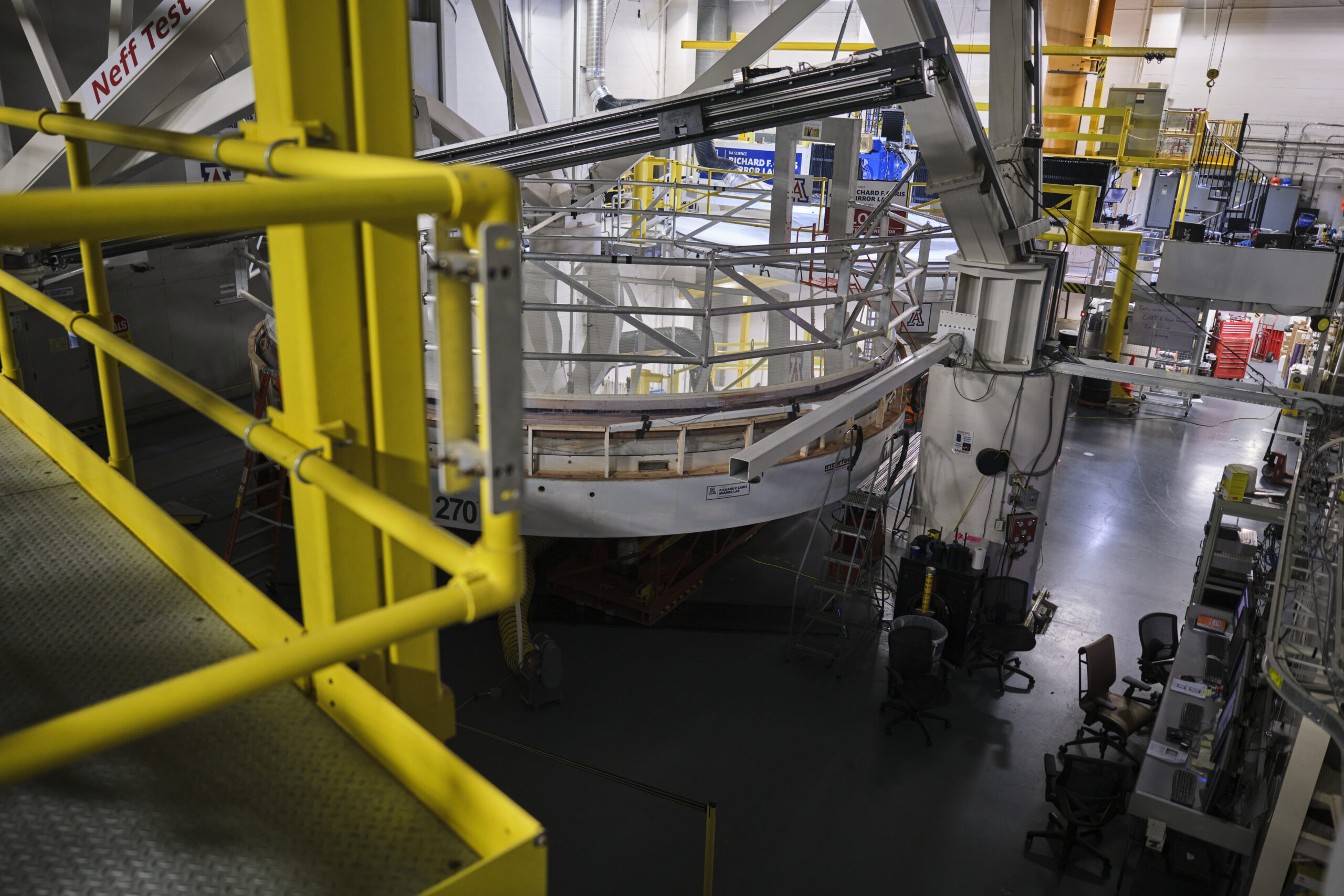 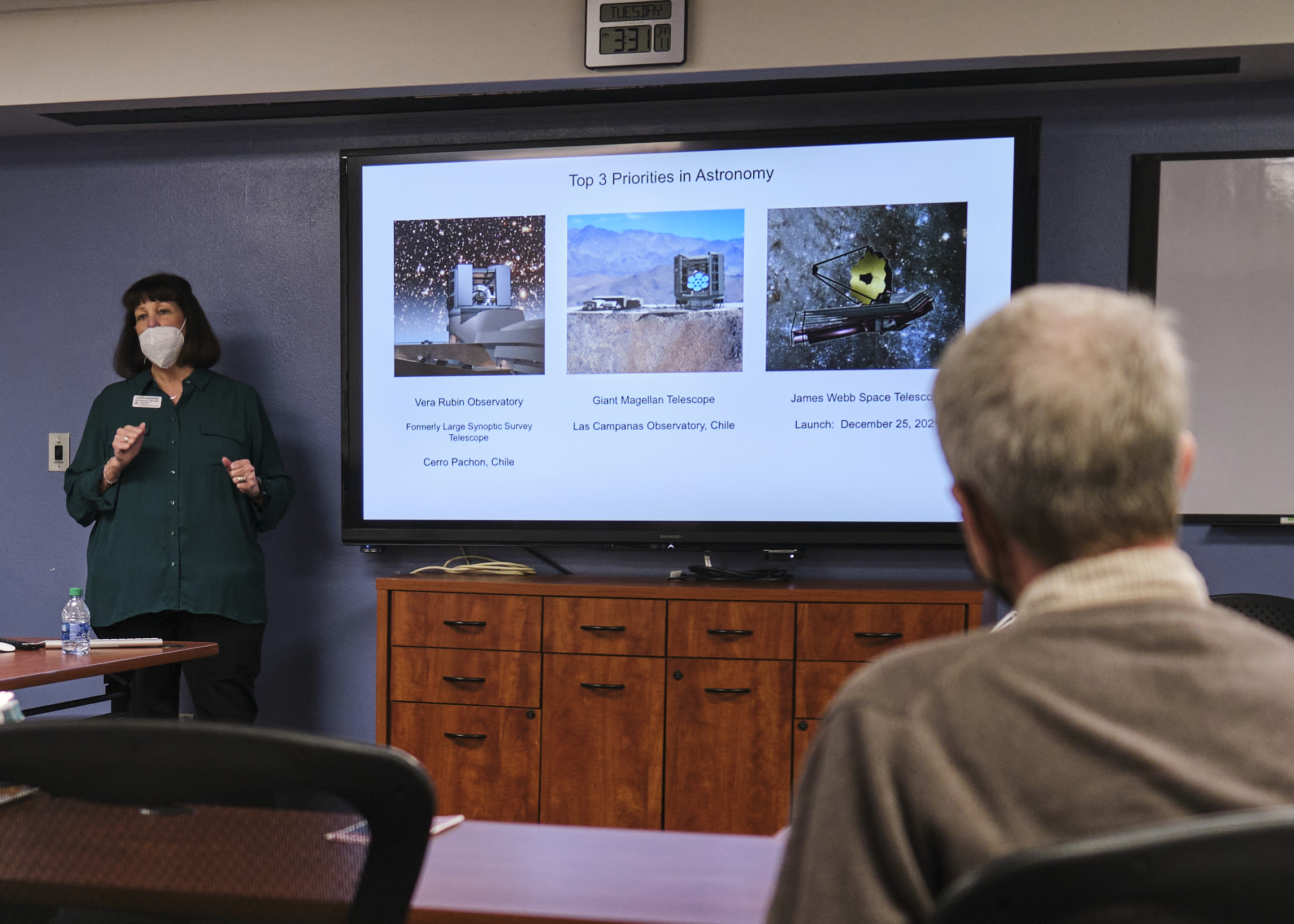 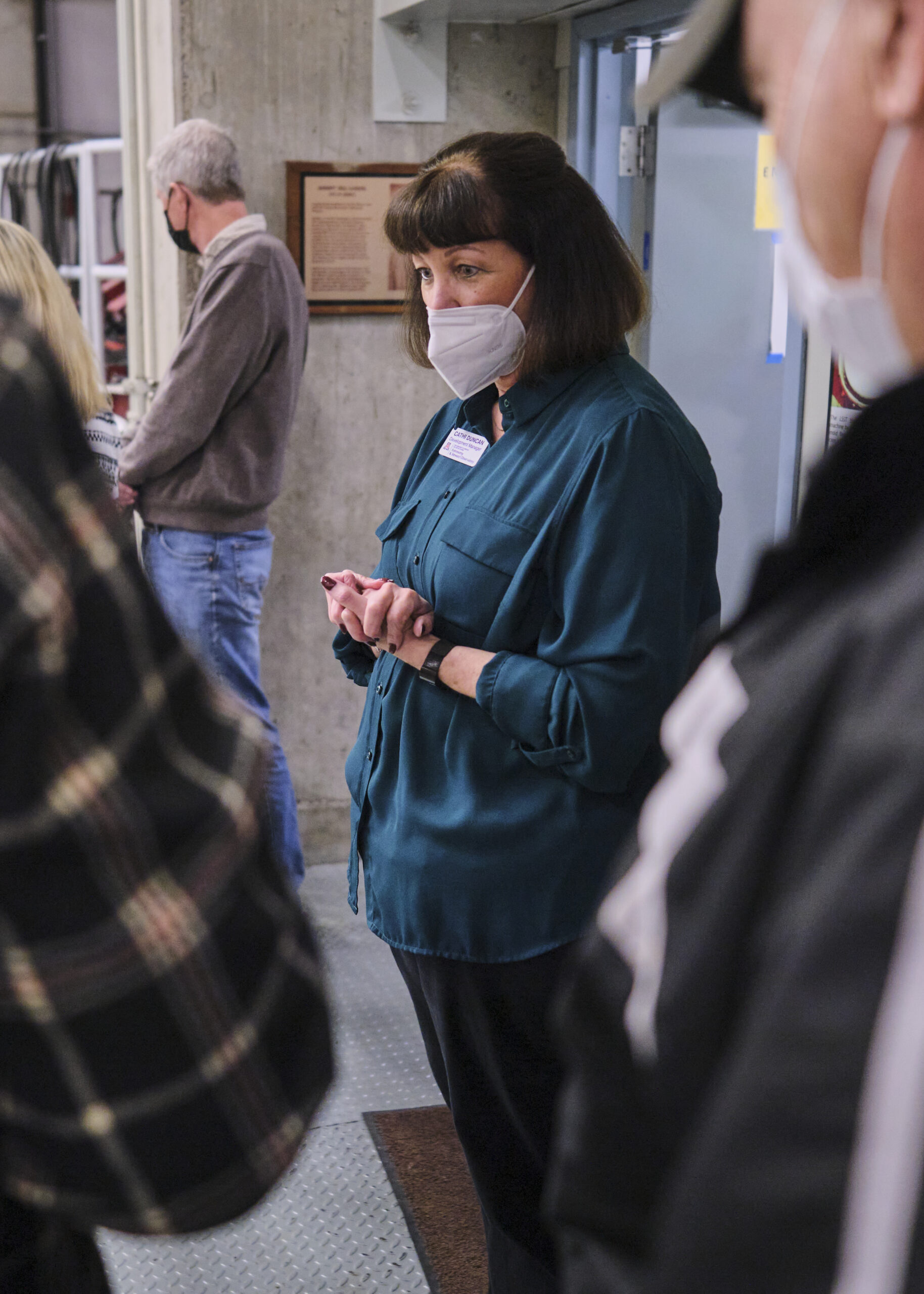 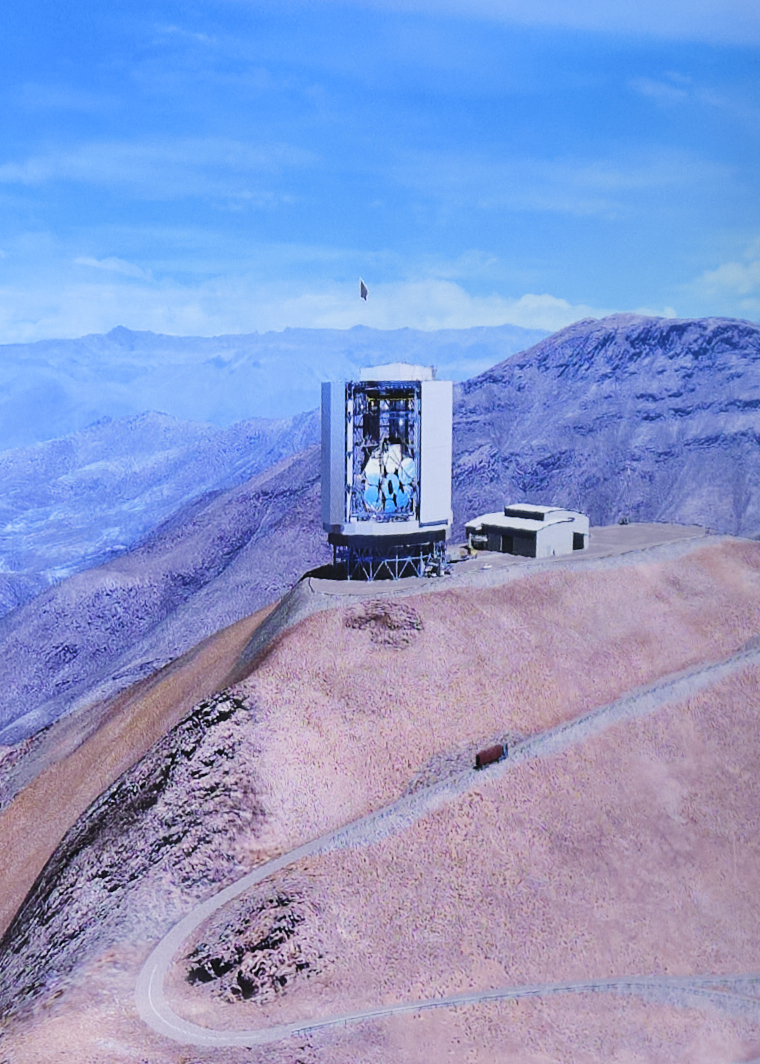 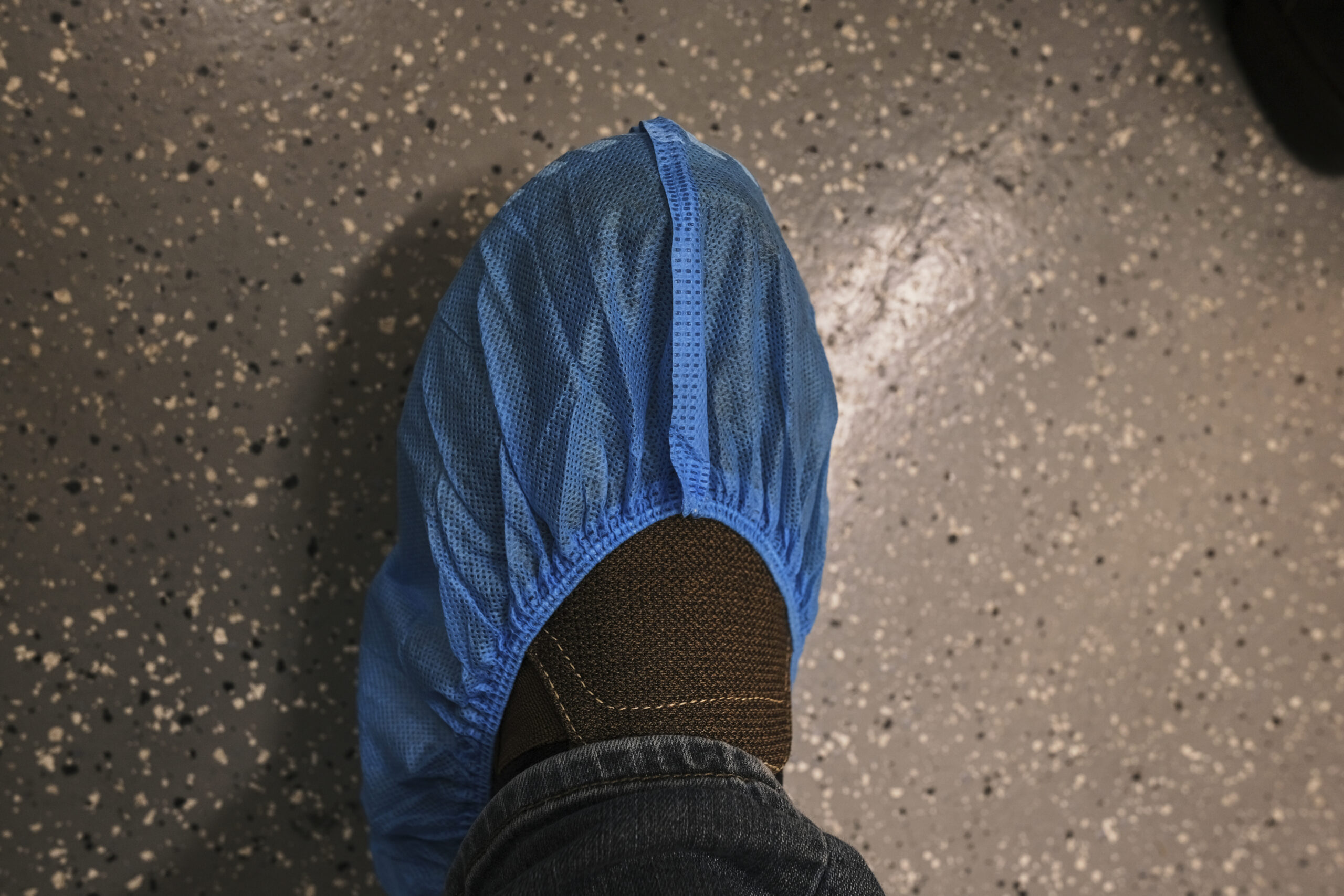 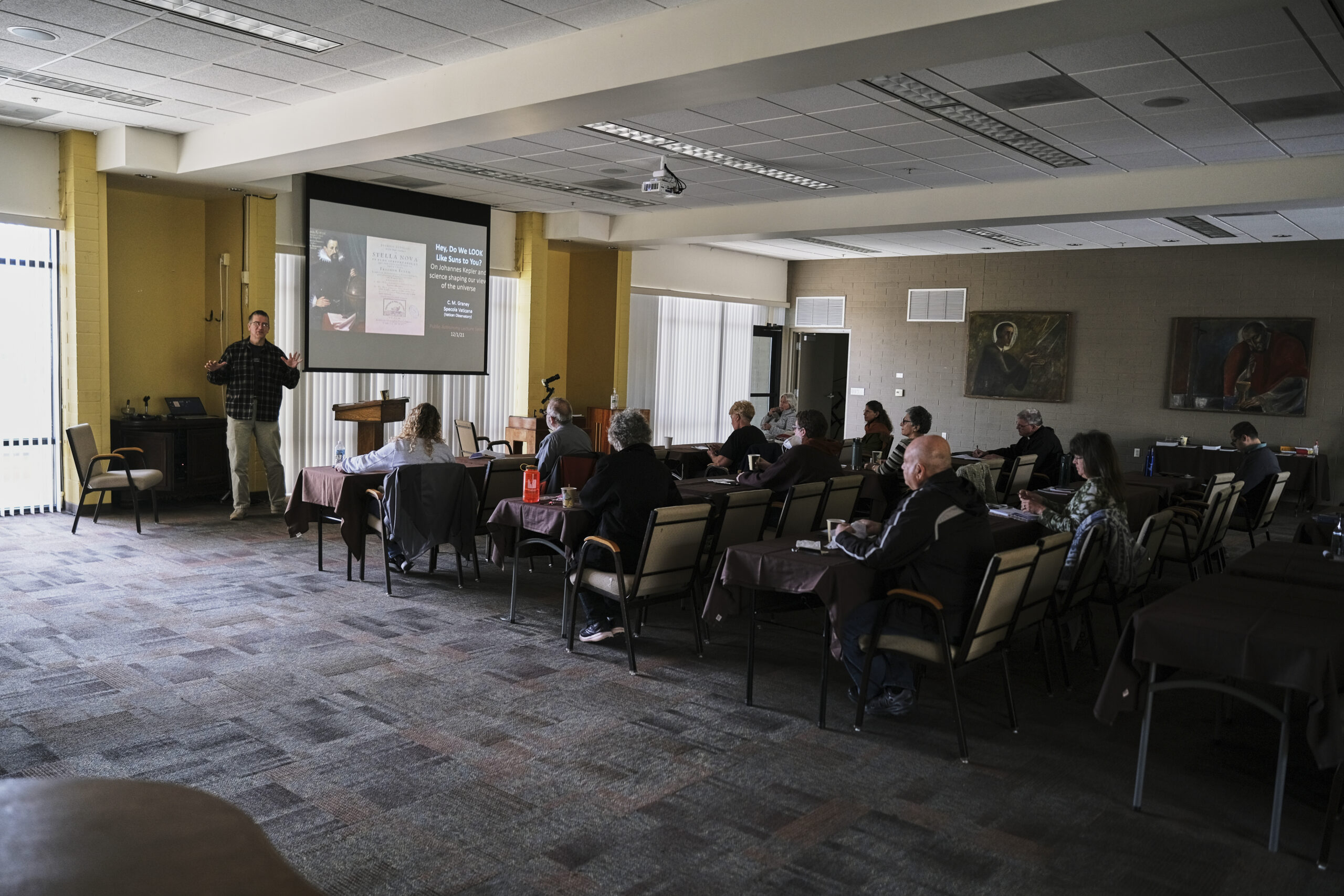 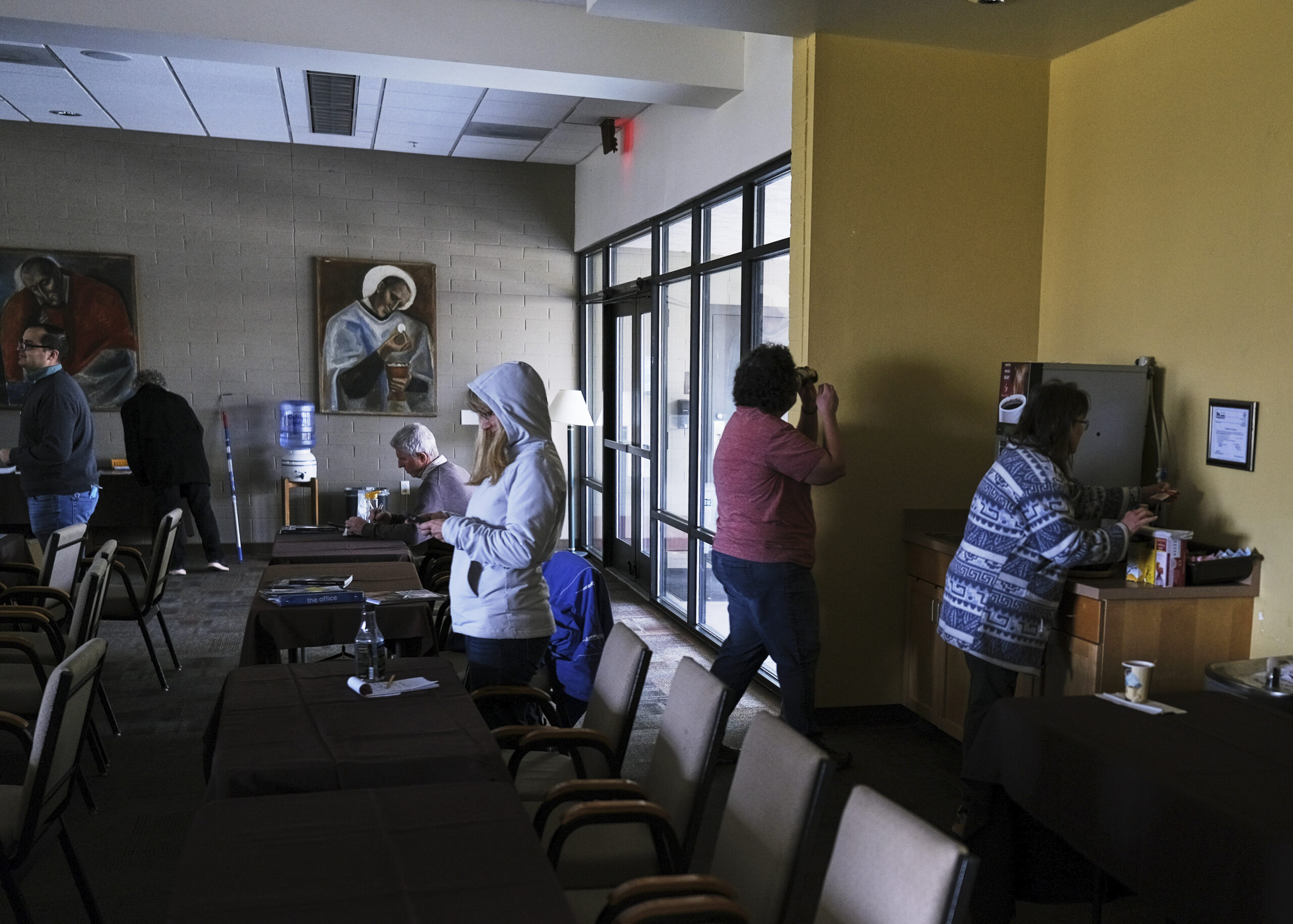 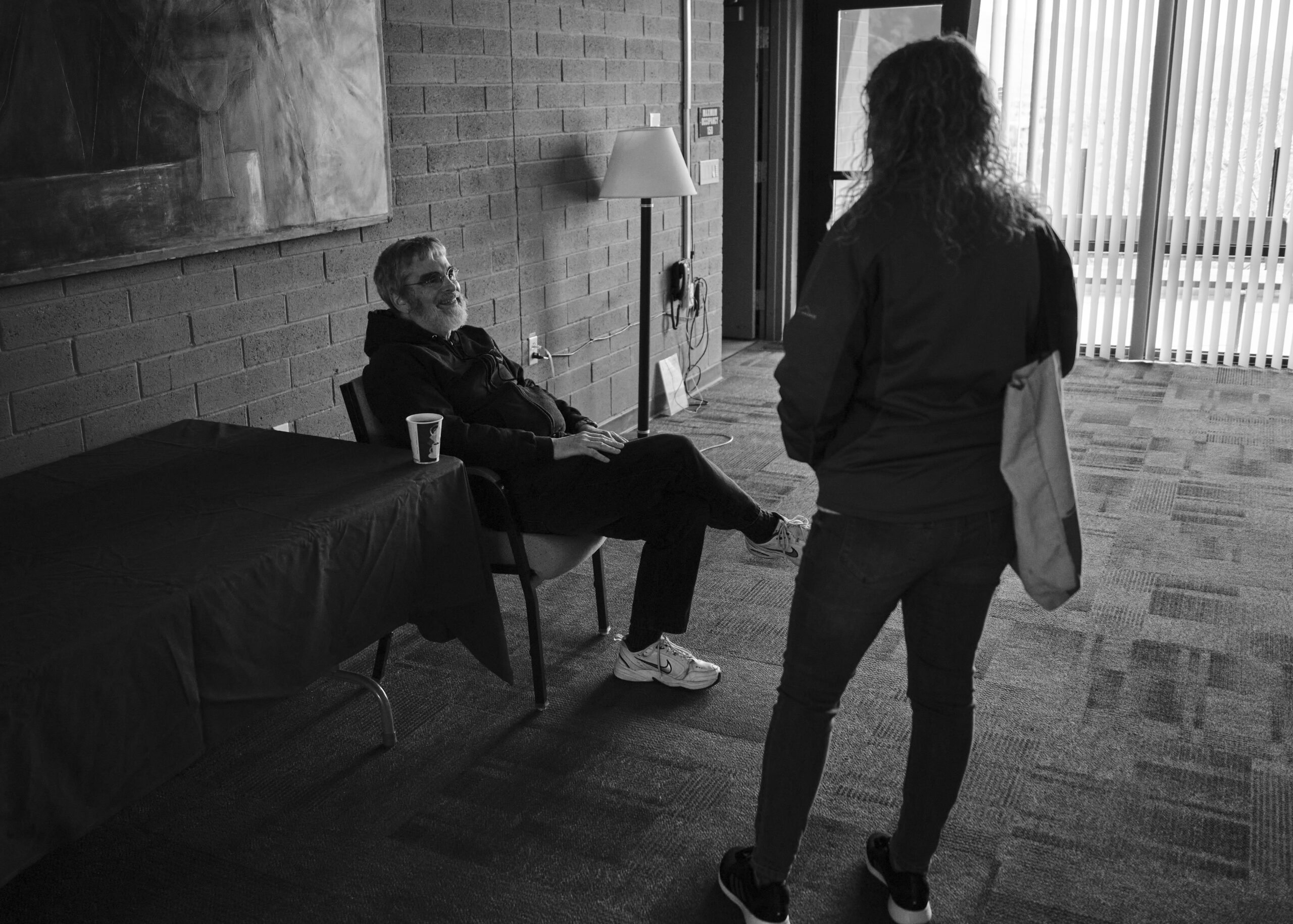