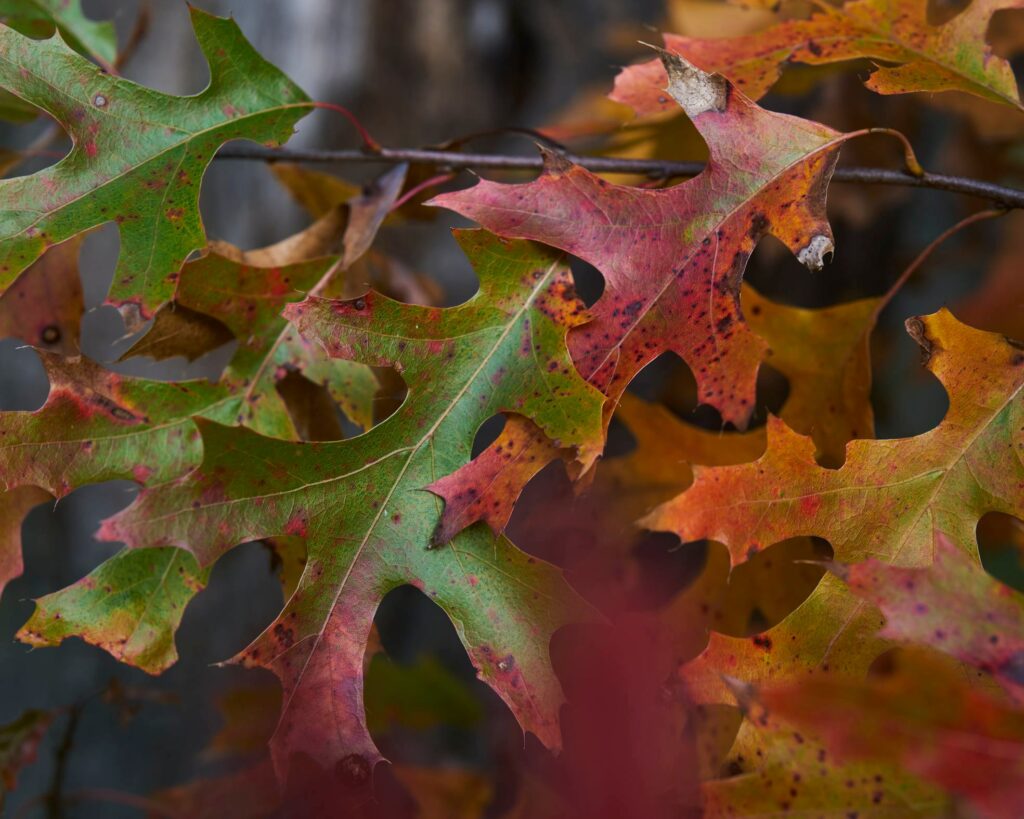 What is time and how do we observe time’s passing? Many would point to their watch or cell phone to answer this question. Others may take out a calendar and highlight the month and day. These tools are what we have developed to inform our sense of time. Of course, that only applies to cultures that use calendars and can “tell time.”

I received a fascinating education on the question of time from Bill Berman from Astronomy Magazine. I had the honor of being interviewed by Bill during a live astronomy webcast a couple years ago. During the interview, Bill shared a fascinating insight that modern science is leaning toward seeing time as an illusion. Bill explained that a better understanding of time would be to see it as an observation and measuring of decay.

Ironically, both modern science and faith have called into question our understanding of time. St. Augustine questioned time and speculated that it may simply be the observation of change both physical and spiritual. Stephen Barr wrote a great article on this titled, St. Augustine’s Relativistic Theory of Time.

This tension in our understanding of time and change should not surprise us. If we stop and reflect, we can easily affirm that we are changing beings in a changing world. At conception, we were an embryo in our mother’s womb and were completely dependent on her for our existence. In our youth, we develop an awareness of our physical change and begin to understand that life is bigger than ourselves. The more we embrace the bigger picture of life, we also become aware of our shortcomings and failings. We then enter the autumn of life when we confront the hard reality that our bodies are decaying and our days are short. To state this another way, we are changing beings living in a changing world.

Despite this dynamic of continual change, we also have an inner awareness that something in us never changes. For example, I have changed a great deal over the years, but whether it be my youth or my adult years, I have always been James Kurzynski. What an odd dynamic – We live to change so we can become more of who we always have been.

My home state of Wisconsin has well defined seasons of summer, autumn, winter, and spring. My favorite season in this constant cycle is autumn. Autumn in Wisconsin is the “Season of Color.” The vibrant reds, yellows, and oranges in changing leaves provide a moment of profound beauty before the hard cold of winter. This transition from color and beauty to death and cold always speaks deeply to me of the dynamics of decay and perfection, change and consistency.

This year’s autumn in Wisconsin has been quite different from last year. Last year, an early freeze brought about bright, vibrant colors, but only lasted about a week or two. This year, we didn’t have our first freeze until a week ago – Far later than usual. The result has been a less vibrant autumn, but one that has lasted much longer than usual. Therefore, those of us who have been nicknamed “leaf peepers,” people who like to go for walks and enjoy the colored leaves, have been blessed with more peeping time this year. However, the colors of those leaves have tended to be a bit drab. Enjoy these images I took of leaves during some of my recent walks through autumn! 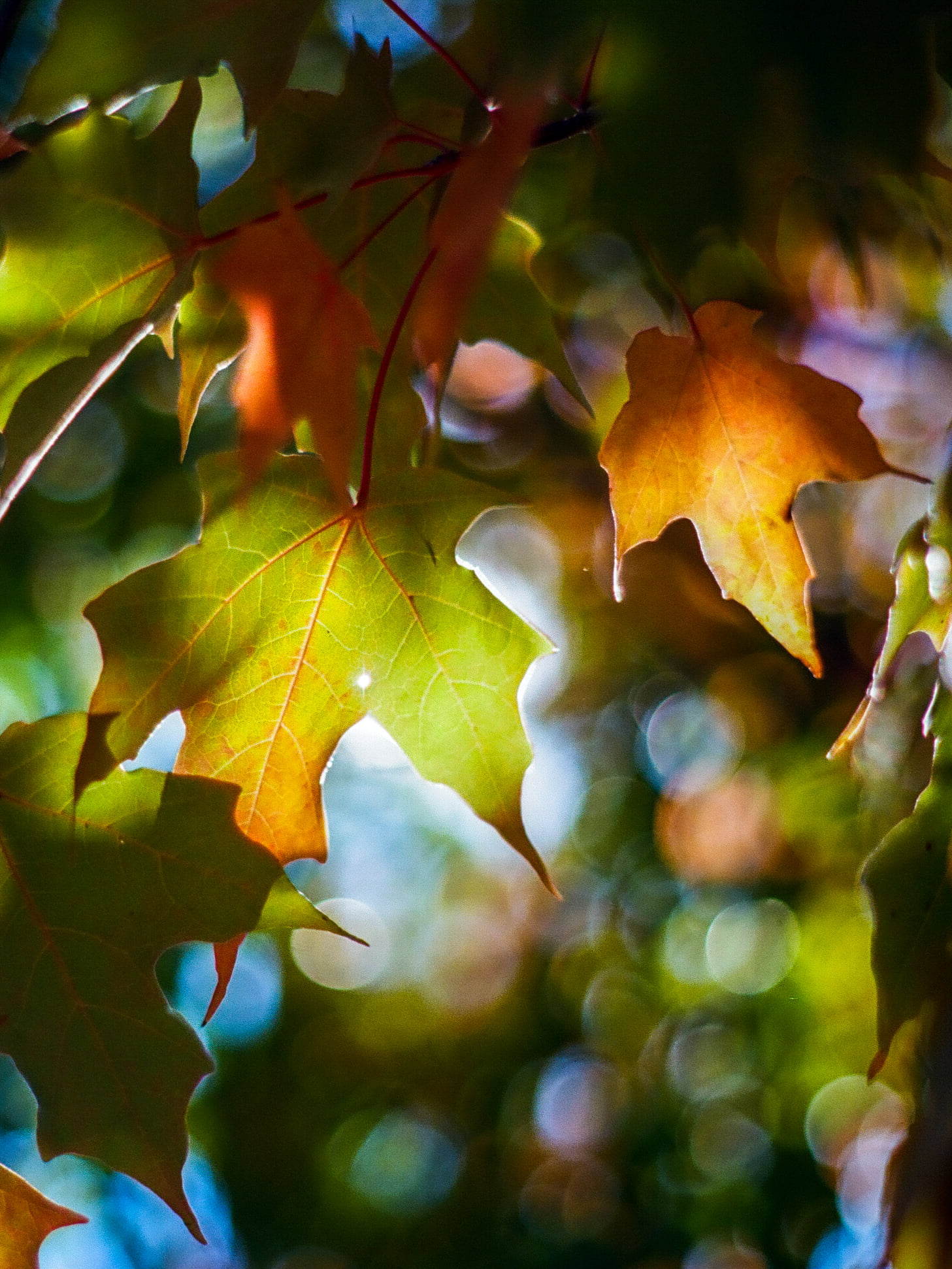 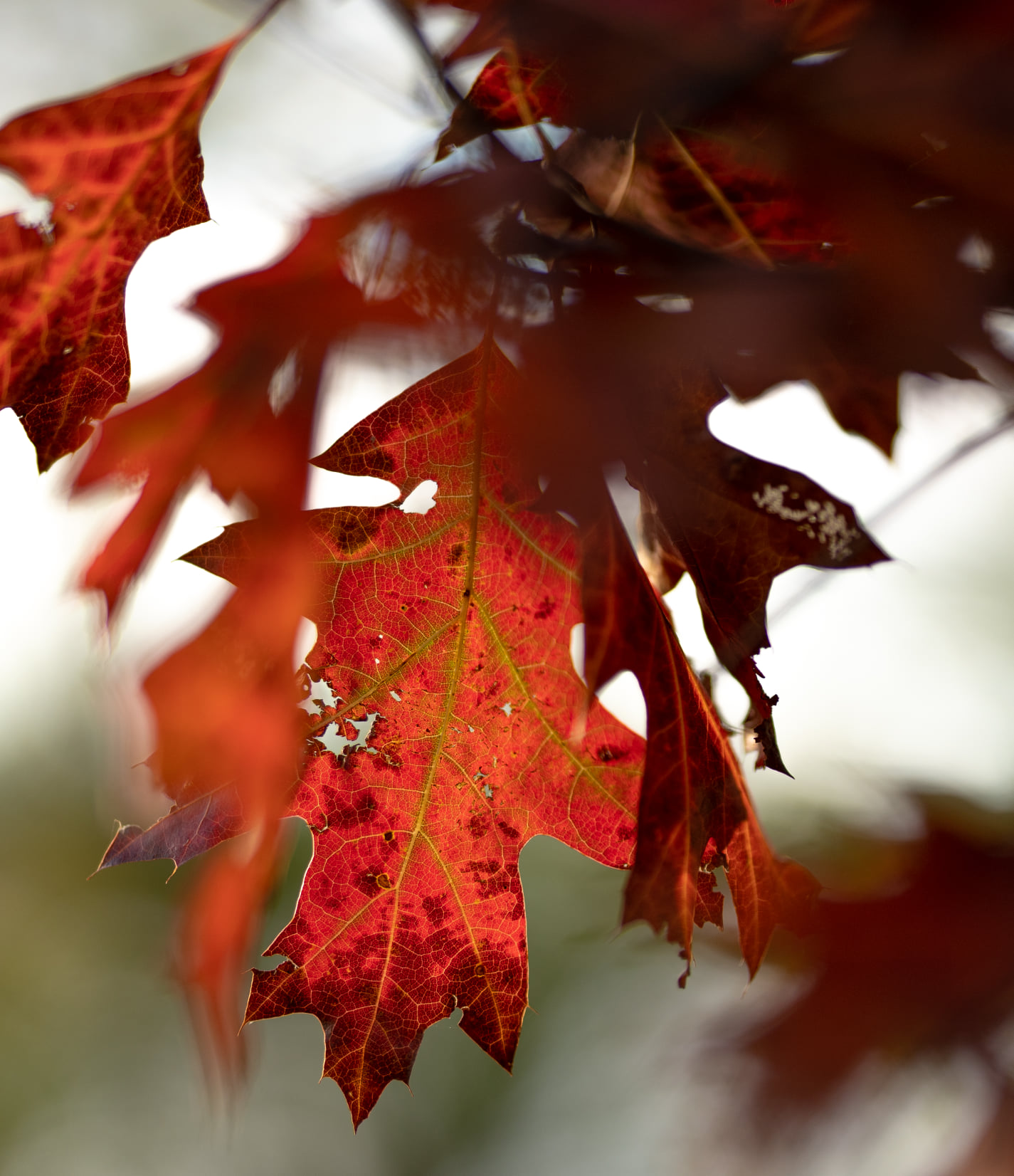 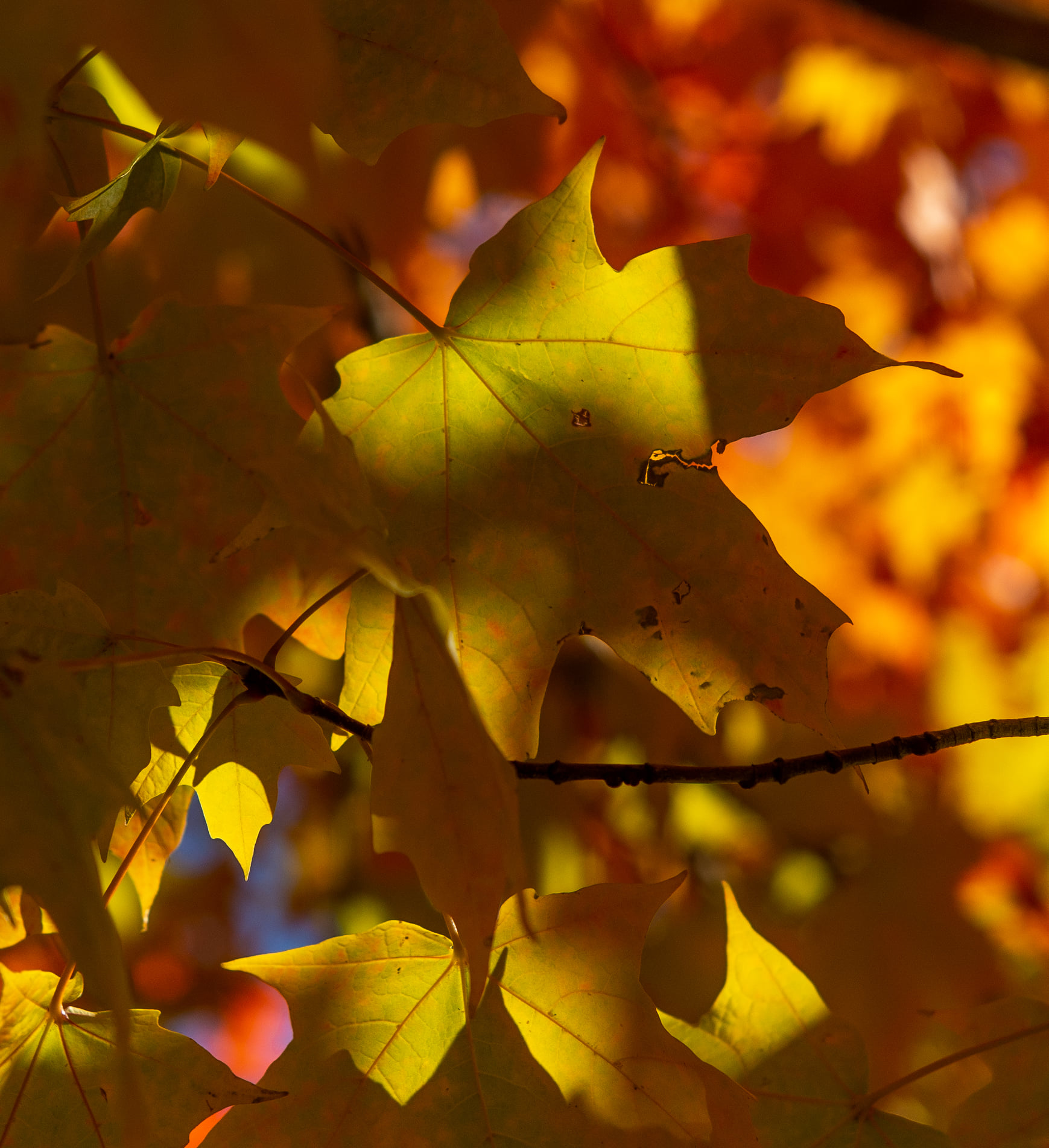 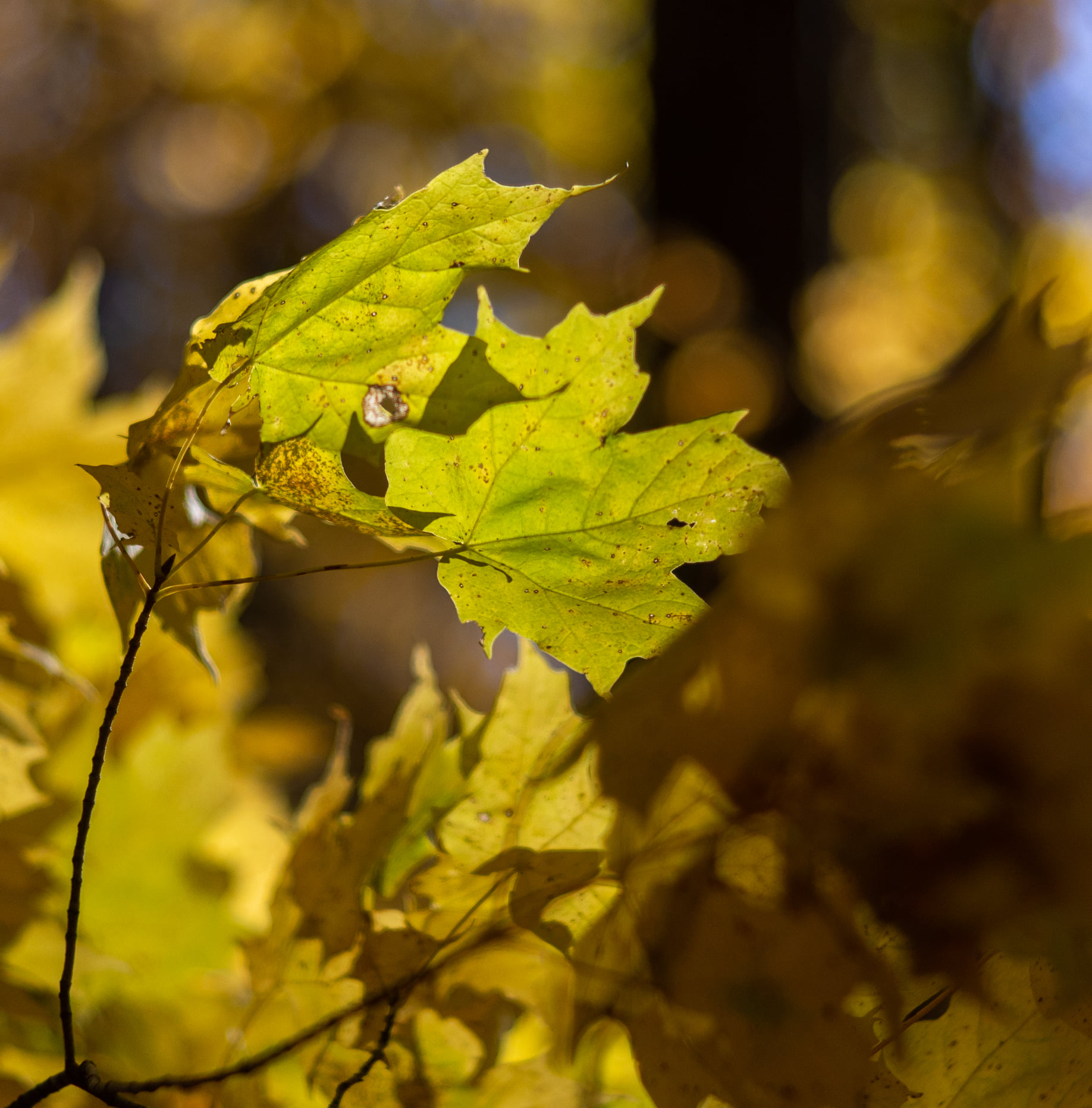 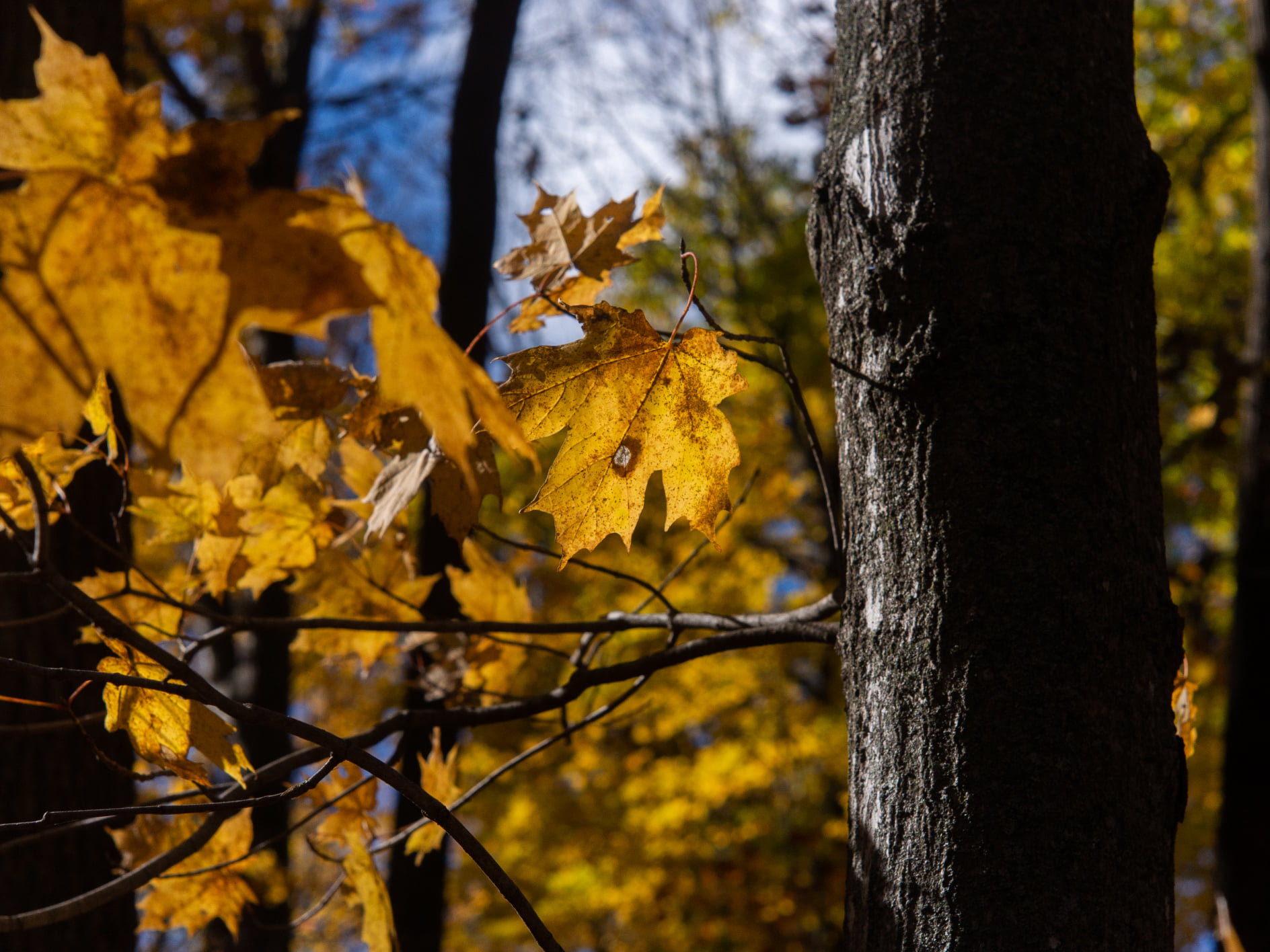 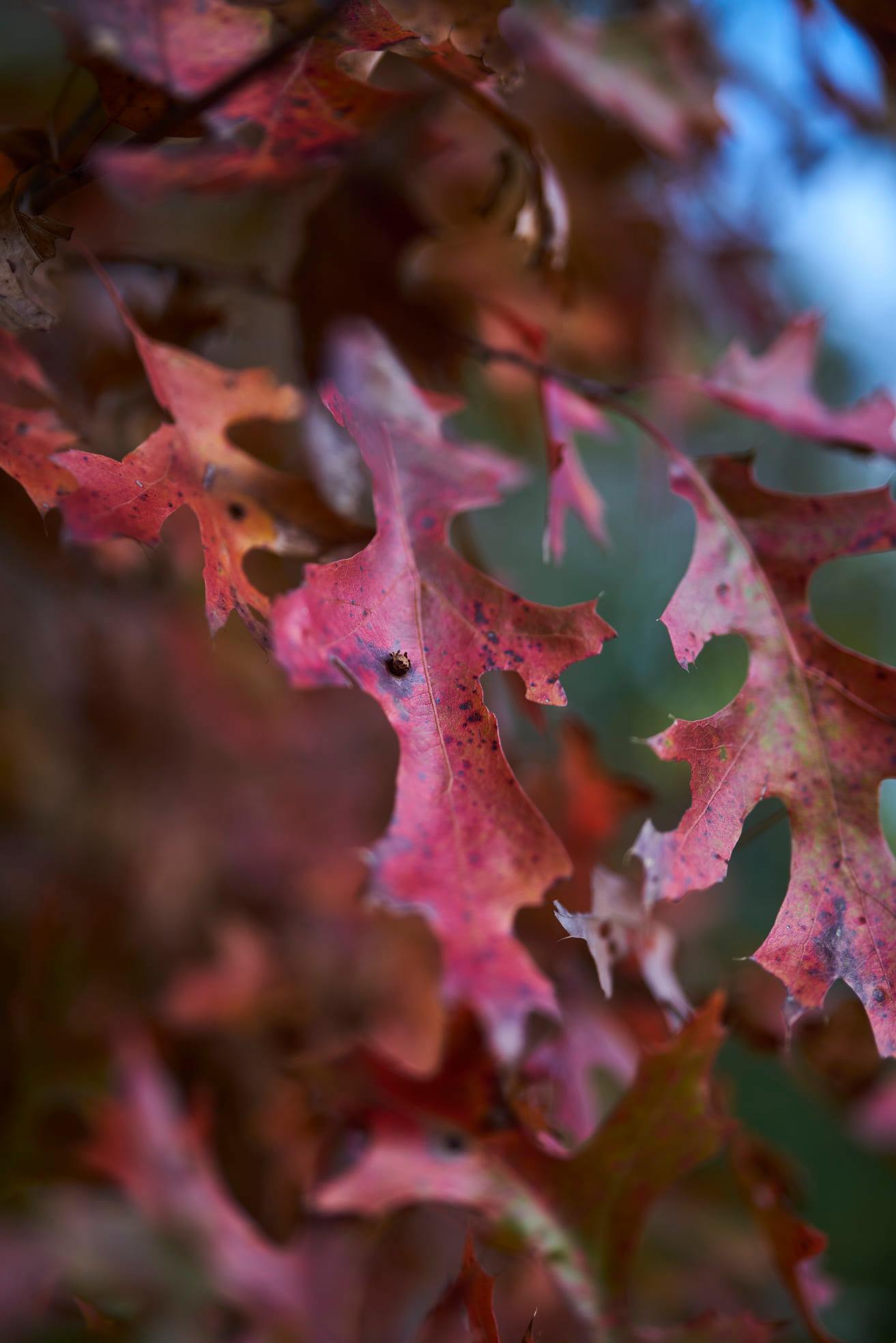 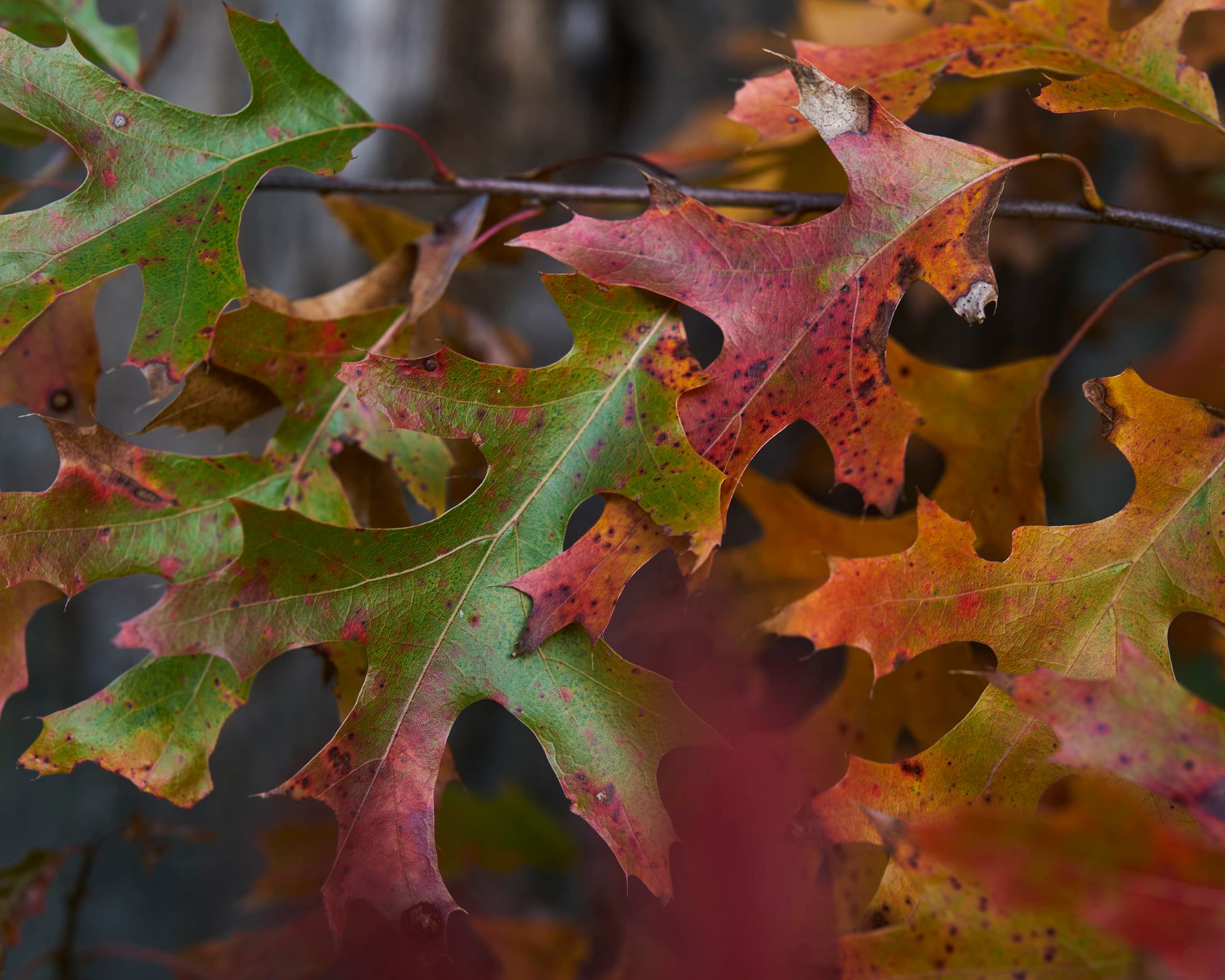 Let’s take a moment to play a quick game. When you look at the images of the leaves, can you tell which images were taken with my digital camera verses my film camera? I’ll give you a hint. I find film images to be much better for autumn colors than digital because film “hides the decay better.” Digital images seem to have a harsh, overly clinical look that can more emphasize the decay. Now, can you figure out which images were with film?

The reason I had you play this little game is that the difference in image quality made me think about the tension between a world of decay versus a world of development and being perfected. For example, someone may argue I prefer my film images of leaves because I am in denial about the harsh reality of death. If we’re talking about my leaf pictures, that would be a true statement. I don’t like autumn leaf pictures that look dull or dying.

However, I would push back on the idea that I avoid the reality of death and decay in how I approach spirituality. As a priest, I have experienced rather horrible things. I have been present to the aftermath of fatal car crashes, suicide attempts in which the person survived and is brutally deformed, and people who were found dead days after their passing. In the stark and gut wrenching reality of death, my faith has called me to show the persons in front of me love, respect, and dignity. Life has taught me that both the ugliness and beauty of change coexist in our world.

Spiritual Exercise: Does where you live have well defined seasons? If so, get out and do your version of leaf peeping. See in your surroundings a metaphor for the dynamic of life and death. I agree with both modern science and St. Augustine that time isn’t what we think it is, but is an observation of change. May we all live in that tension between decay and development, life and death. May our understanding of time not be reduced to a dualism between decay and development, Rather, may the time we have be treasured so that, whether our days are filled with joy or struggle, we may become the people God made us to be.