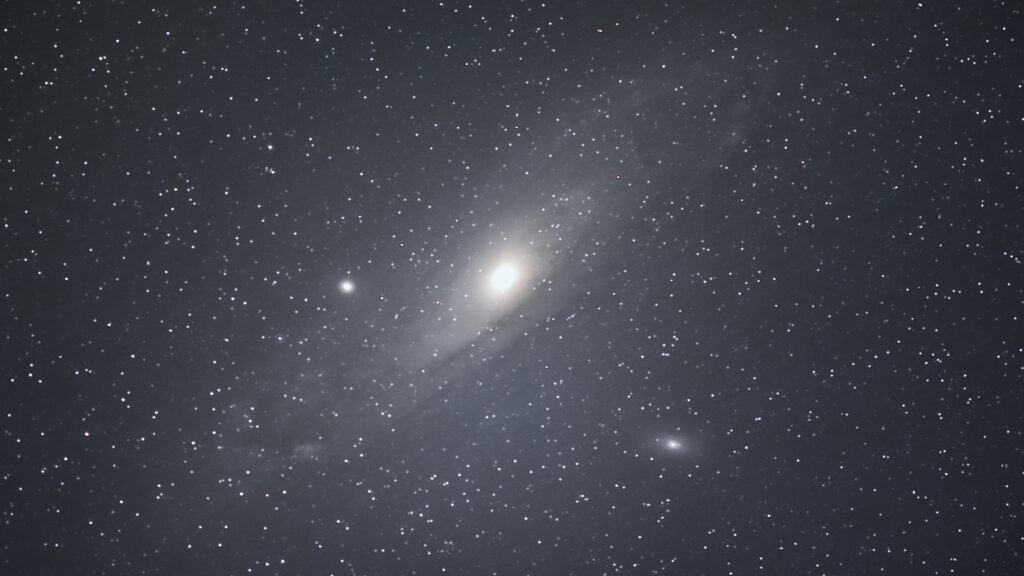 If you have been waiting for my next YouTube video on astrophotography, I apologize for the wait. I have remade the video about 4 times, trying to accomplish one simple task: Explain astrophotography in a way that is clear and simple. In an odd way, this process shows me that astrophotography isn’t easy and is something that requires some work. Do not fret, however. I think I’ve almost got it down to the essentials!

In the meantime, I decided to start a series of reflections I’ve wanted to do for some time. For those who are frequent readers of Sacred Space Astronomy, you may notice that my theological pieces often gravitate to the writings of Pope Emeritus Benedict XVI. My introduction to his thought was in seminary when I started to see a name emerge time and time again on the syllabi I received: Joseph Cardinal Ratzinger.

Sadly, the short-term legacy of this intellectual giant of the Catholic Church has been reduced to his administrative roles. As Prefect of the Dicastery for the Doctrine of the Faith, he was know as a “theological conservative,” earning him the nickname, “God’s Rottweiler.” When he was elected Pope, some were surprised that Pope Benedict XVI started to write about things like care for creation – A “theologically progressive” topic. Benedict’s nickname soon switch from “God’s Rottweiler” to “God’s German Shepherd” and “The Green Pope.” What was the change in Benedict’s theological approach?

The irony is that there wasn’t a change. Having read much of Benedict’s early writings when he was a Cardinal, it was evident that his thought didn’t fit nicely into a “conservative” or “progressive” ideology. Instead, his thought was an ongoing commentary on what it means to think and act in an unapologetically Catholic manner. And from this perspective, I see Benedict as one of my “Intellectual fathers” despite having never met him.

In light of this, I wanted to share my thoughts on one of Benedict’s works that has greatly shaped my understanding of faith, science, and creation. The book is titled, “In the Beginning…” A Catholic Understanding of the Story of Creation and the Fall.” The text is a collection of homilies that Cardinal Ratzinger gave at the Cathedral in Munich. I will provide a summary of this text, but read the book – It’s accessible and much better than my reflections.

The text begins with a brief historical summary of the cultural moves in modern Christian thought. Transcending the modern and limiting titles of “liberal and conservative,” the book begins with the true tension in the Catholic intellectual life – How do we balance aggiornamento, the necessity to update faith to speak to the modern world, with ressourcement, the need to protect those unchangeable intellectual pillars of our faith from tradition.

This collection of homilies squarely explores this tension in relation to Scripture’s creation narratives. In the work, Ratzinger points out a clear question that cuts to the heart of the tension between aggiornamento and ressourcement: How do we rectify our understanding of modern science with the Biblical narrative of creation?

After presenting some of the modern missteps of slowly rejecting Genesis in light of the modern sciences, Ratzinger lays out some basic distinctions between Scripture and Science. The first, and one that has emerged on this blog more than once, is the truth that the Bible is not a scientific text and should not be treated as such.

To clarify this distinction, Ratzinger explains the difference between the Form of the portrayal of creation in Scripture and the Content of what is portrayed.

The form would have been chosen from what was understandable at the time – from the images which surrounded the people who lived them, which they used in speaking and in thinking, and thanks to which they were able to understand the greater realities. And only the reality that shines through these images would be what was intended and what was truly enduring. Thus Scripture would not wish to inform us about how the different species of plant life gradually appeared or how the sun and the moon and the stars were established. Its purpose ultimately would be to say one thing: God created the world. The world is not, as people used to think then, a chaos of mutually opposed forces; nor is it the dwelling of demonic powers from which human beings must protect themselves. The sun and the moon are not deities that rule over them, and the sky that stretches over their heads is not full of mysterious and adversary divinities. Rather, all of this comes from one power, from God’s eternal Reason, which became – in the Word – the power of creation.

This beautiful distinction between form and content does, however, beg a hard question: Does this mean that Genesis is “just another creation story” that can’t speak to our modern situation? Ratzinger beautifully explains that the true “history” of Scripture is not defined in the categories of who, what, when, where, and how, but is a history of God’s struggle with us to make God’s-self known and our struggle to embrace and know the God who seeks us.

From this standpoint, the creation narrative is truly one of ongoing creation as God journeys with the Children of Israel in the Old Testament and guides, through the Holy Spirit, the development of the infant Church in the New Testament. God “recreates this world” time and time again whether it be the waters of the Red Sea or the waters of Baptism to accomplish one, simple goal: An encounter with God in love.

From here, Ratzinger presents a stirring reflection on the struggles of the Children of Israel and how the creation narrative was key to bring hope to this suffering people.

Israel had lost its land and its temple. According to the mentality of the time this was something incomprehensible, for it meant that the God of Israel was vanquished – a God whose people, whose land, and whose worshipers could be snatched away from him. A God who could not defend his worshipers and his worship was seen to be, at the time, a weak God. Indeed, he was no God at all; he had abandoned his divinity. And so, being driven out of their own land and being erased from the map was for Israel a terrible trial: Has our God been vanquished, and is our faith void?

It was at this point that the prophets arose to instruct the Children of Israel that God was not restricted to a strip of land. God created all and, thus, God is Lord of all whether it be the land given to Abraham, Egypt during their time of enslavement, or the desert in their wanderings. To put it in the words of Peter when he responds to Jesus’ question toward the end of the sixth chapter of John’s bread of life discourse: Will you leave too? “Lord, to whom shall we go? You have the Words of everlasting life.”

Ratzinger then explains how other ancient religions would have appeared to have much more power and prestige in the worldly sense. The gods of the mystery religions pointed to violence, evil, and warring factions that came into the world through violence and tried to set the world right through violence. The scriptural account, on the other hand, presents a differing starting point:

“The earth was without form and void.”

Absent in these words are the sinister, brutal, and violent activities of warring gods of sun, moon, water, wind, fire, rain, and so forth. Instead, Ratzinger presents an image of biblical creation that seems much more akin to me, when I was a child, helping my mother decorate our Christmas tree.

… when the sun and the moon are referred to as lamps that God has hung in the sky for the measurement of time, to the people of that time it must have seemed a terrible sacrilege to designate the great gods of sun and moon as lamps for measuring time. Here we see the audacity and the temperateness of the faith that, in confronting the pagan myths, made the light of truth appear by showing that the world was not a demonic contest, but that it arose from God’s Reason and reposes on God’s Word. Hence this creation account may be seen as the decisive “enlightenment” of history and as a break-through out of the fears that had oppressed humankind… It may also be seen as the true enlightenment from the fact that it put human reason firmly on the primordial basis of God’s creating Reason, in order to establish it in truth and in love, without which an “enlightenment” would be exorbitant and ultimately foolish.

Therefore, the hope of the Children of Israel was not to be rooted in violence, power, and war, but in truth, reason, and the peace that no matter where they travel, no mater where they rest, they are resting in and a part of God’s creation.

The homily concludes with how the Law and Prophets point us to the promised Word, Jesus Christ. The use of Logos or word by Ratzinger is intentional to point to Christian faith being reasonable, creation being reasonable, and that it is reasonable to embrace a Creator whose reasonableness is on full display through our scientific exploration of creation.

There is more I could say about the first homily, but then there would be no reason for you to pick up this collection of texts for yourself! For now, I want to ask you this question:

What is your “story?” What is your “beginning?” Who is your “Beginning?” And how is that Beginning seeking to recreate you this day? Pray with that, and stay tuned for the text homily!