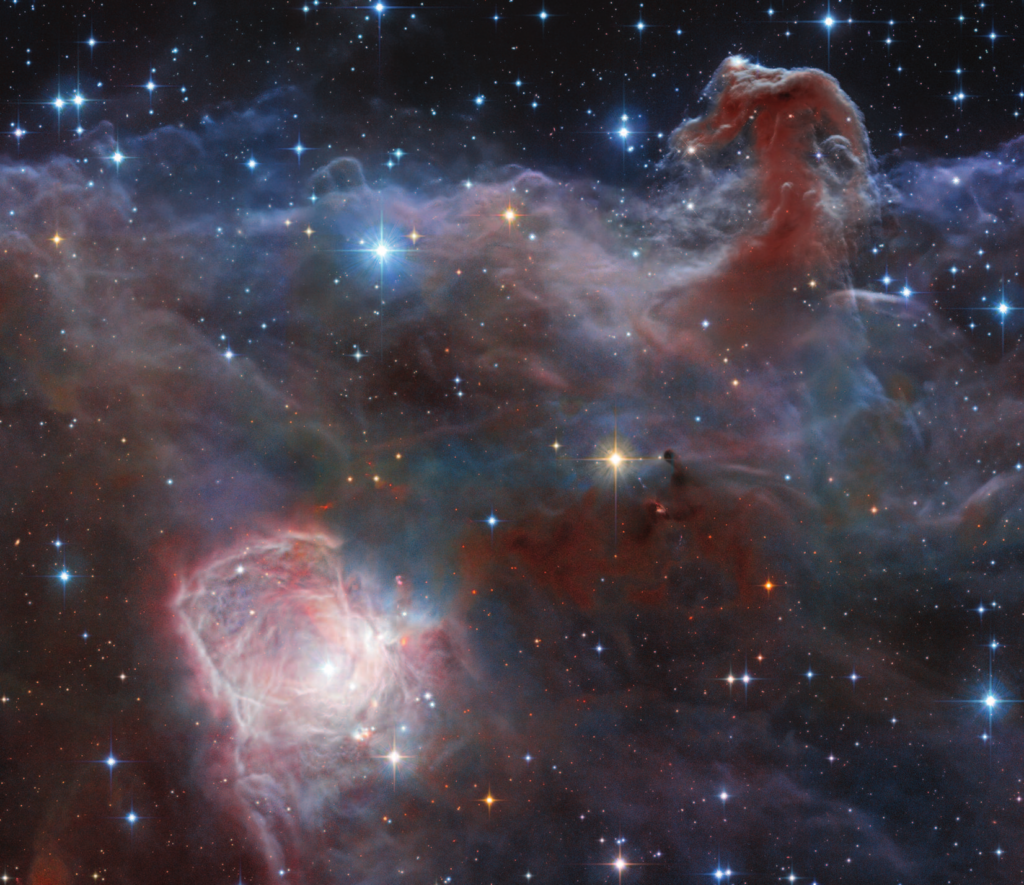 In my first reflection on Benedict XVI’s Theology of Creation, we explored the first homily in a collective work titled, “‘In the Beginning…’ A Catholic Understanding of the Creation and the Fall.” Today, we venture into the second homily of this collection that focuses on the meaning of Biblical creation accounts.

Reflecting on Genesis 1:20-24, Benedict XVI (writing then as Joseph Cardinal Ratzinger) begins with a beautiful summary of two, core realizations about the Creation narratives and the Church’s authentic understanding of them.

We can sum up the first in this way: As Christians we read Holy Scripture with Christ. He is our guide all the way through it. He indicates to us in reliable fashion what an image is and where the real, enduring content of a biblical expression may be found. At the same time he is freedom from a false slavery to literalism and a guarantee of the solid, realistic truth of the Bible, which does not dissipate into a cloud of pious pleasantries but remains the sure ground upon which we can stand. Our second realization was this: Faith in creation is reasonable. Even if reason itself cannot perhaps give an account of it, it searches in faith and finds there the answer that it had been looking for.

In the next section of the homily, Benedict provides a brief history of scientific cosmology. With broad, beautiful brush strokes, Benedict reflects on the scientific presumption of an eternal cosmos that was later questioned by the law of entropy. From there he reflects on the development of the Theory of Relativity and a growing sentiment that creation itself is reasonable, pointing to, what I am calling, a “Reasoner.” Benedict cites Albert Einstein to this point.

Albert Einstein once said that in the laws of nature “there is revealed such a superior Reason that everything significant which has arisen out of human thought and arrangement is, in comparison with it, the merest empty reflect.”* In what is most vast, in the world of heavenly bodies, we see revealed a powerful Reason that holds the universe together. And we are penetrating ever deeper into what is smallest, into the cell and into the primordial units of life; here, too, we discover a Reason that astounds us, such that we must say with Saint Bonaventure: “Whoever does not see here is blind. Whoever does not hear here is deaf. And whoever does not begin to adore here and to praise the creating Intelligence is dumb.”…

The universe is not the product of darkness and unreason. It comes from intelligence, freedom, and from the beauty that is identical with love. Seeing this gives us the courage to keep on living, and it empowers us, comforted thereby, to take upon ourselves the adventure of life.

What I find so refreshing about Benedict XVI’s reflection on the reasonableness of creation is that it invites us to trust scientific method, liberating the Christian of the burden of trying to “disprove” theories of which many have little to no understand of. Even when Benedict critiques the thought of Jacques Monod who asserted that any faith in God is unscientific, he does so not by attacking Monod’s understanding of science, but affirming his thought.

His (Monod) thesis is that the entire ensemble of nature has arisen out of errors and dissonances. He cannot help but say himself that such a conception is in fact absurd.

This first section of Benedict’s homily reminds me of a brilliant insight given by Fr. Gabor, SJ, at the first Faith and Astronomy Workshop (now Astronomy for Catholics in Ministry and Education), when he stated that the self-evident intelligibility of creation can easily make us forget that there is nothing in faith or science that necessitates that the created world be intelligible. The universe could have just as easily been inaccessible to our ability to reason. It is as if the universe wants to be known and/or that something wants to be known through the universe.

Sharing these reflection with Christians evokes an odd range of emotions. Some of my more conservative friends presume that I am somehow rejecting biblical faith by not affirming that God created everything in 7 days as we understand days. What surprises me and concerns me even more is when good Catholics whose faith I deeply respect think that I reject Catholic teaching on creation. Quite to the contrary, I am deep invested in understanding the “literal sense” of Scripture as a Catholic, but the literal sense and literalism are two, profoundly different approaches to Scripture.

Now, that doesn’t mean that numerical references to the seven days of creation have no meaning. Quite to the contrary, their meaning is very important and needs to be understood properly. There is much to be learned from the “math” of Sacred Scripture – As long as we’re using the right “equations.”

I (Benedict) would like to seize upon two elements here. The first is that the biblical creation account is marked by numbers that reproduce not the mathematical structure of the universe but the inner design of its fabric, so to say, or rather the idea according to which it was constructed. There the numbers three, four, seven, and ten dominate. The words “God said” appear ten times in the creation account. In this way the creation narrative anticipates the Ten Commandments. This makes us realize that these Ten Commandments are, as it were, an echo of the creation; they are not arbitrary inventions for the purpose of erecting barriers to human freedom but signs pointing to the spirit, the language, and the meaning of creation; they are a translation of the language of the universe, a translation of God’s logic, which constructed the universe. The number that governs the whole is seven; in the scheme of seven days it permeates the whole in a way that cannot be overlooked. This is the number of a phase of the moon, and thus we are told throughout this account that the rhythm of our heavenly neighbor also sounds the rhythm of our human life. It becomes clear that we human beings are not bounded by the limits of our own little “I” but that we are part of the rhythm of the universe, that we too, so to speak, assimilate the heavenly rhythm and movement in our own bodies and thus, thanks to this interlinking, are fated into the logic of the universe. In the Bible this thought goes still further. It lets us know that the rhythm of the heavenly bodies is, more profoundly, a way of expressing the rhythm of the heart and the rhythm of God’s love, which manifests itself in there.

For me, this presentation of the “math” of the bible is far more edifying than are the drab arguments on how God could create the sun and the moon in 24 hours and bizarre numerical abstractions that turn each day of creation into an epoch of time. The authentic math of the Bible, Benedict writes, points us to the true highpoint of creation – the timesless day – the call to sabbath – the call to worship.

With this we have arrived at the second symbolic element in the creation account about which I wanted to make some comments. For here we encounter not merely the rhythm of the seven and its cosmic significance. This rhythm is itself at the service of a still deeper meaning; Creation is oriented to the sabbath, which is the sign of the covenant between God and humankind. In a short while (a future homily), we shall have to reflect more closely on this, but for the time being, as a first step, we can draw this conclusion: Creation is designed in such a way that it is oriented to worship. It fulfills its purpose and assumes its significance when it is lived, ever new, with a view to worship. Creation exists for the sake of worship. As Saint Benedict said in his Rule*: Operi Dei nibil praeponatur – “Nothing must be put before the service of God.”

“In the beginning…” p. 27-28 *St. Benedict’s “Rule” makes up the principles of which the Benedictine Monks live their lives of work and prayer.

Pope Benedict XVI explains that so central is Genesis’ pointing us to worship that one of the most serious commands to violate was to violate sabbath rest – to not worship God. Some may scoff at this notion as nothing more than a human construct of trying to control people. This protest quickly falls apart when we read modern science and mental health issues that come from a lack of rest. One does not have to look far to find articles that speak of the dangers of not finding rest from one’s daily work. It is equally as easy to find scientific studies that affirm the mental health benefits of prayer. Further, the idea of coming together as a community on a sabbath can also be affirmed as the shut downs during the Covid-19 pandemic revealed the dangers of social isolation. These are simple affirmations of humanity’s inner wiring and need of prayerful rest – we need the Sabbath.

Theologically, then, we see that there is no conflict between faith and science in Genesis, but a tension does exist between our understand of God, God’s creation, and how varying understandings of God (or the gods) can impact our natural wiring to embrace worship. Again, I turn to Benedict XVI as he reflects on the Mosaic Law’s understand of the Sabbath. It is a vision that I fear has long disappeared from our world, but one I think would be magnificent and healing to rediscover in some way.

To celebrate the sabbath is to celebrate the Covenant. It means to return to the source and to sweep away all the defilement that our work has brought with it. It also means going forth into a new world in which there will no longer be slaves and masters but only free children of God – into a world in which humans and animals and the earth itself will share together as kin in God’s peace and freedom.

It is from this notion that the Mosaic Law developed, which has as its foundation the idea that the sabbath brings about universal equality. This is extended beyond the weekly sabbath in such fashion that every seventh year is also a sabbath, during which earth and human beings may rest. Every seventh year times seven there is a great sabbath year, when all debts are remitted and all purchases and sales annulled. The earth is to be received back from the created hands of God, and everyone is to begin anew.

I don’t know about you, but I don’t hear in Benedict’s reflection an oppressive call to conformity and power-lust, but an antidote for many things our world struggles with today. May we all embrace the sabbath, embrace its worship, take its rest, and grow closer to the Source of our Worship through authentically embracing the true meaning of biblical creation.

Thus, concludes my second “ode to an intellectual father.” Stay tuned for the third movement of this ode!