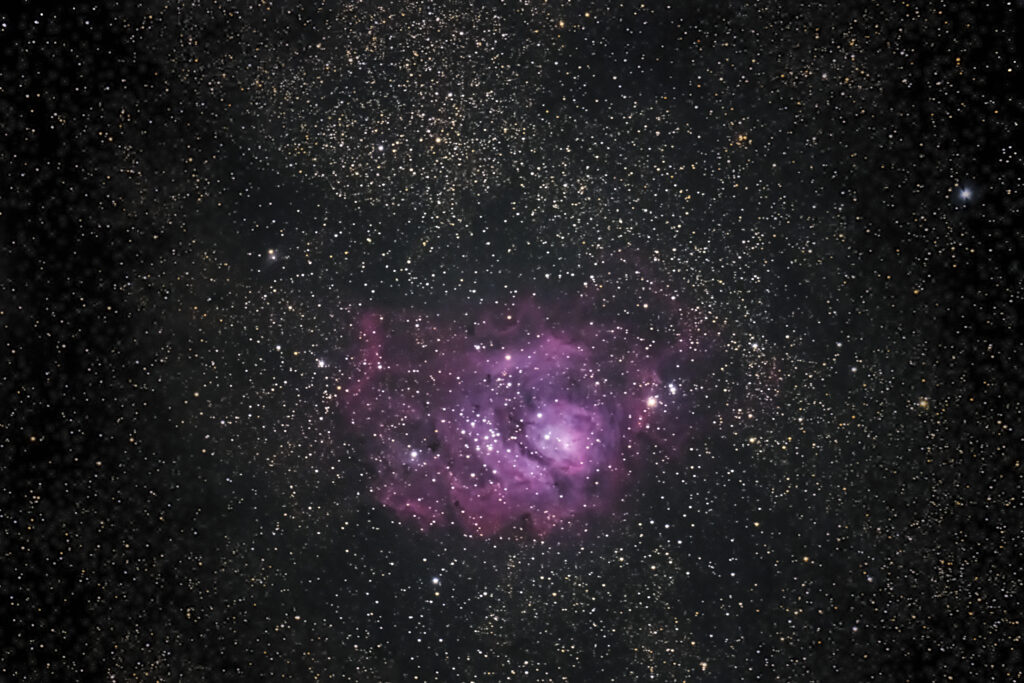 Did you take the challenge last week and do some of your own research on Messier objects? If so, what did you learn? If you didn’t take my challenge, confessions begin at 4:15pm at St. Olaf this Saturday… sorry… just kidding… I couldn’t resist. No confession necessary. I must admit that a priest’s sense of humor is an acquired taste!

Obviously, the Messier and NGC objects I invited you to explore are part of my summer observation targets. This past week, I was blessed with a couple beautifully clear skies. Sadly, the Moon phase wasn’t the greatest for deep space objects, but when you’re a hobby astronomer with a busy schedule, beggars can’t be choosers. I tested out my super telephoto lens I use for small birds to see how it would fair as an imaging “telescope.” If you read articles on what gear you should use for astrophotography, you’re not going to find too many people recommending a 600mm f/8 lens… very slow in the camera world. However, the rebel in me always enjoys questioning these presumptions. So, let’s take a look at what I captured with a “never use this for astrophotography” camera lens.

With these images, we encounter the three types of nebulae found in the night sky: Emission, Reflection, and Dark. Emission Nebulae are pink due to the high amount of ultraviolet light in the H-Alpha spectrum these object emit. The pink also means the gases are hot enough that they are self-illuminating – The nebulae are the source of their own light. It is these nebulae that scientists explore as areas of star birth, since it is in these super hot gasses that new stars are born. Beautiful when you think about it – The death of some stars lead to the birth of others.

You may be protesting at this point, “But Fr. James, I thought blue stars are hotter than red stars – Shouldn’t blue nebulae be hotter than pink/red nebulae?” Great question – Let’s explore why some nebulae are blue and dark.

Blue and Dark Nebulae are very similar. Blue Nebulae’s color is a reflection of a neighboring super-hot star or white dwarf. The light from the extreme heat of the star reflects off the gasses, giving it a blue tint: ergo, the title of reflection nebulae.

Dark Nebulae look like dark storm clouds in comparison to emission and reflection nebulae. The reason they are dark and not colored is that they are not close enough to a super-hot star to be illuminated. Therefore, the main difference in the appearance of blue and dark nebulae is their proximity to a super-hot star.

One of the fascinating aspects of the Trifid Nebula is that all three types of nebulae are present in this “object.” (Which is part of the origin of its name – Trifid means “three lobes.”) Here’s a slightly better image than mine of the Trifid Nebula… taken from the observatory on Mount Lemmon… Okay… its quite a bit better. Priest humor strikes again!

The most common question I get asked when I show these pictures is whether or not we could see these colors with the naked eye if we were closer to them? To the naked eye, we can’t see these colors. I have looked through special nebula filters for optical telescopes that help pull out some of these colors, but through consumer grade telescopes you will see what looks like white/grey-ish fuzzy balls.

With the absence of the nebulae’s colors, we can understand why Charles Messier thought these might be comets. Why wouldn’t you think the Lagoon Nebula might be a comet if galaxies, nebulae, star clusters, and comets all have similar characteristics through a small telescope? As telescopes advanced and our understanding of the night sky deepened, a new form of cataloging the night sky was needed and developed: The New General Catalog.

The New General Catalogue was developed by John Lewis Emil Dreyer in 1888. The Catalog also includes the observational work of Sir William Hirschel, his sister Caroline, and son John. The first major contribution to NGC objects in the southern hemisphere were from John Hirschel and James Dunlop. (There was a situational bias of the NGC and Messier objects since the astronomers who developed them lived in the Northern Hemisphere.)

The New General Catalogue goes far beyond Messier’s 110 objects and contains almost 8,000 deep space objects. Messier’s objects were included in this catalogue, which is why some objects like the the Lagoon Nebula have an “M” number and an “NGC” number. (NGC 6523… I prefer Lagoon Nebula… Even though you wouldn’t want to spend any time on this beach!)

The story of the catalogue goes on with corrections of mistakes in observation and the later development of the NGC 2000.0 list, The New Revised General Catalog, and so forth. Its a fascinating history that I don’t have the background to fully explain to you, but, needless to say, these catalogues can be summarized in a simple truism: The more we look, the more we find!

The more we look, the more we find. I like that truism not only for astronomy, but also our faith lives.

As I’ve shared with you in the past, Christianity has a deep history of exploring “The Book of Nature” and “The Book of Scripture.” These two “books” point to a two-fold encounter – Encountering God’s creation (which includes you and me) and encountering God’s Presence/Revelation through Word, Sacrament, and Community. When looking at things like the Messier Catalogue and the New General Catalogue, what we encounter are humanity’s attempt to put into human words and understanding the mystery of the night sky. Charles Messier, Sir William Hirschel, and modern astronomers with tools like the Hubble and James Webb Space Telescope are all gazing into the same sky, but are understanding and experiencing that sky at deeper levels. In short, The Book of Nature presents itself as a never-ending “text” of wonder that we are invited to engage in our daily lives to this day.

Our relationship with the Bible is similar to our experience of the Book of Nature. What is the Bible? It is the inspired Word of God that strains to put into human words the revelation of the God we love and who loves us. The Bible can be read by Christian, non-Christian, theist, and atheist. We all struggle with the same text, similar to how we all live in and encounter the same Book of Nature. The key with the Bible is to ask, “Are we willing to understand the text on its own terms, being cognizant of our human limitations and understanding, so that Scripture can become a life-long exploration or do we simply see it as another book to read and be forgotten?”

Similar devastation occurs when we reduce the Book of Scripture to simply another book to read or, far worse, a divine text that gives permission to attack, condemn, and manipulate, turning the Bible into a societal weapon instead of what it is meant to be – A divinely inspired text that invites us to healing, reconciliation, and true liberation as God’s beloved children. And the way we avoid these devastating errors is seeking out true scholars, authentic interpretations of Scripture, and engaging the text in sincere prayer, asking God to build us up. Put another way, it’s not enough to simply read the Book of Nature and the Book of Scripture in a superficial manner – We need to understand from those who have engaged these texts before us how best to read them, learn from past errors of interpretation, and adding our voice to interpreting these texts with the humility that the best interpretations we have today may be found to be profoundly flawed in the years to come.

This week, take some time to “read” both books of Nature and Scripture. Take some time to read some legitimate scholarship of both “books.” And what are authentic sources, you may ask? Sounds like a good topic for a future post. Until then, have a great week and a good “read!”

Skies are clear for me tonight, but the Moon will dominate. Still, I think I’m going to do some night reading before I go to bed!