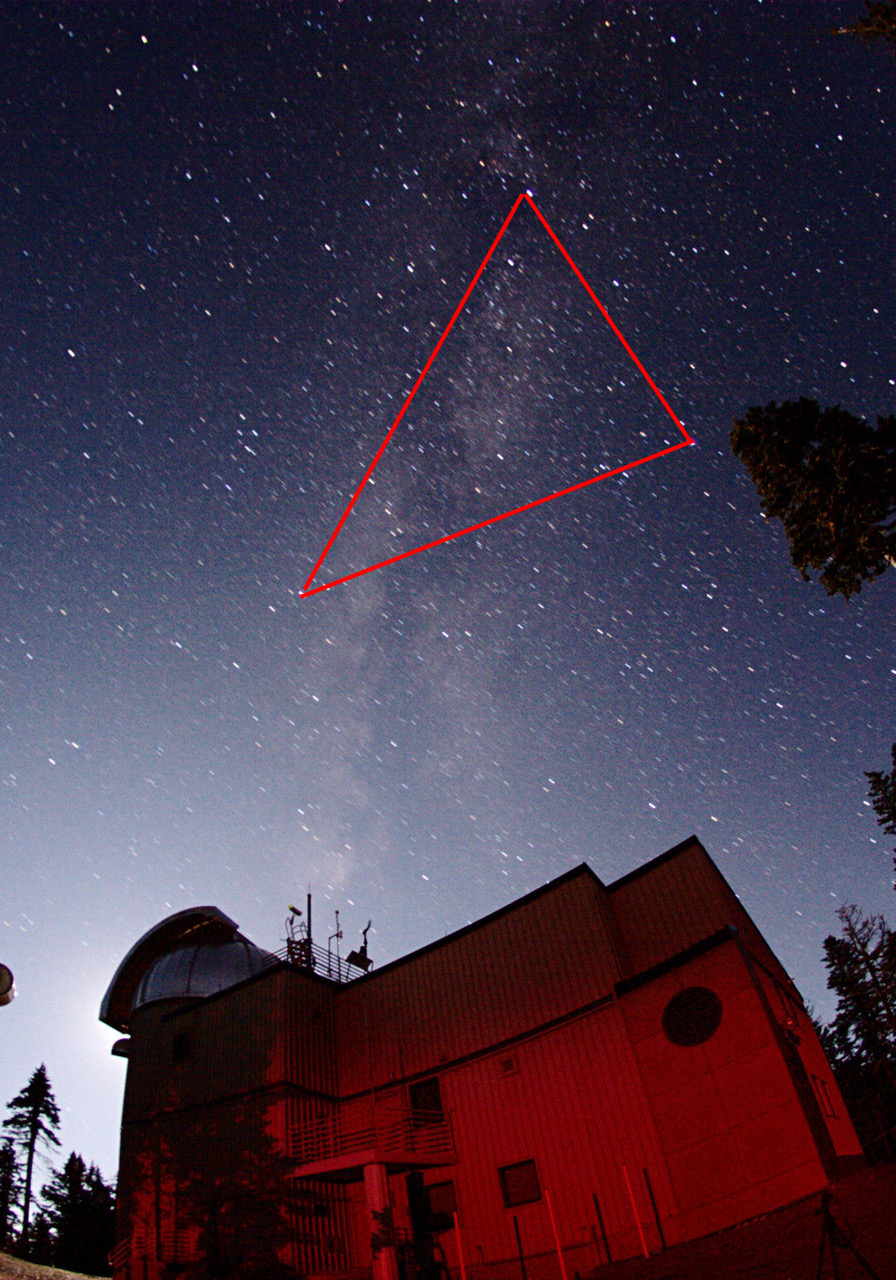 And then I wrote… this article was submitted to a magazine called Retreat, published once a year for retreat houses in the UK. I wrote it in 2012, for its 2014 issue 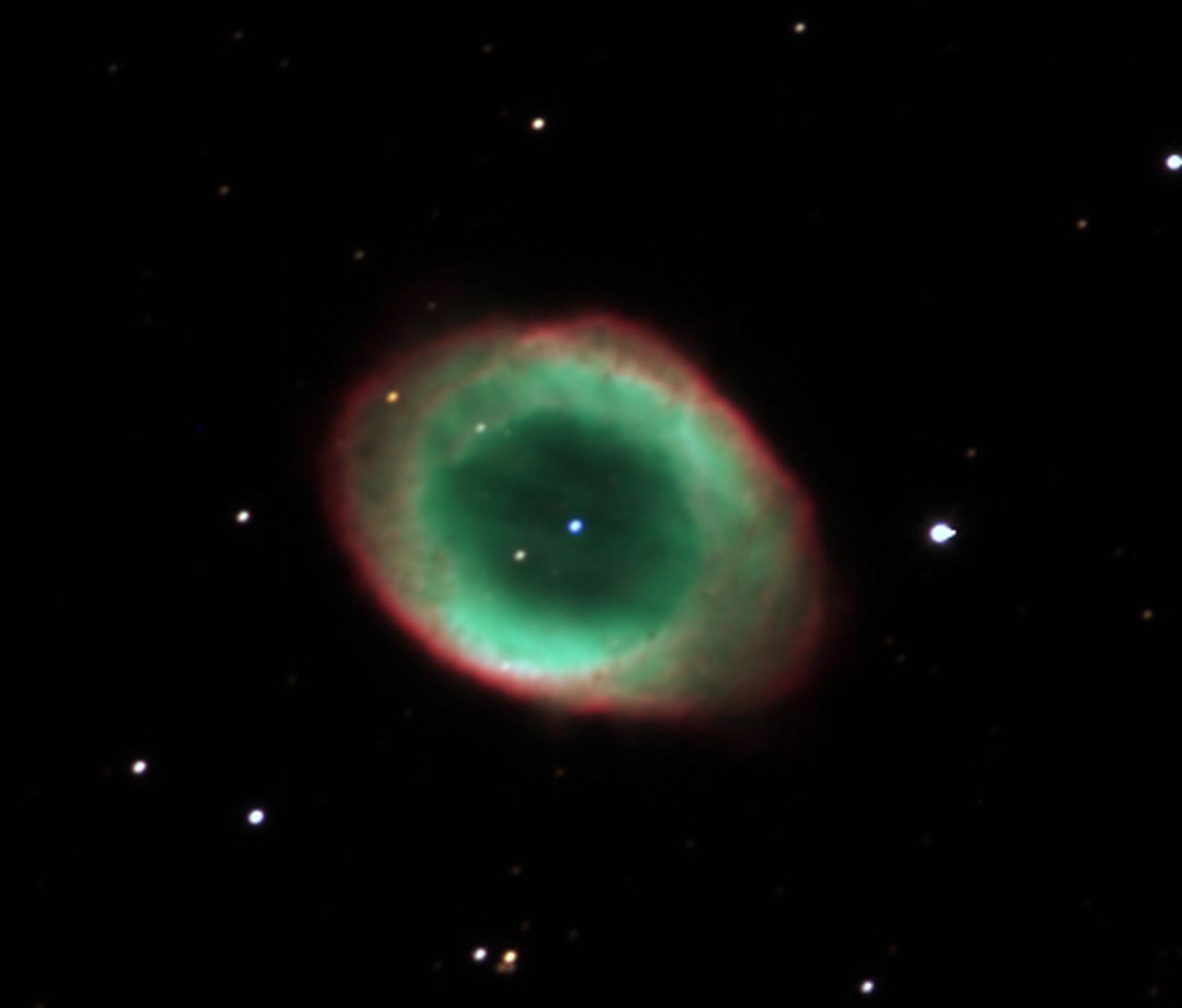 There’s more to Ignatian spirituality than “finding God in all things”; it also means finding God in those places where we find our passion. For me, to organize or lead a retreat means to bring people to where my passion is: the stars.

I have been interested in astronomy all my life… just as I have been aware of God, all my life. Sputnik orbited the Earth the year I started school, people walked on the Moon during my last year of high school, so astronomy was literally “in the air” when I was growing up. And with an Italian father and Irish mother, my religion was also something I just grew up with. There really wasn’t any sense of one coming before the other. In fact, one of the hardest things for me to do is to try to explain my faith, or my enthusiasm for astronomy, to people without that faith or that enthusiasm. It is like trying to explain music to someone who is tone-deaf. Usually I don’t even try.

Why do I believe in God? For the same reason that I believe the universe exists and is not just a figment of my imagination. I have experienced God.

Certainly the most visible place I experience God…

…is under the Heavens, which (as the psalmist tells us) proclaim His presence, day to day. One of the great joys of being an astronomer is that I work in a field that everyone can appreciate, regardless of how much formal study they’ve had. To go outside at night and pay attention to the things we can see for ourselves, overhead, is a great reminder that there are more questions in life than, “what’s for lunch?”

But of course, there must be more to a retreat than a nice walk under the stars. We must also use our intellect, fueled by our passions, to connect that momentary joy of the imminent God in creation with the Lord whom we meet in liturgy and scripture.

It is a wonderful thing to see God’s hand in creation. But one must be careful to avoid the mistake of thinking that God is a force, alongside other forces, that causes things to occur they way they do. To invoke the intervention of God as the cause of those things that otherwise we can’t understand is to turn God into a nature god, not a Supernatural God. It is a form of paganism, not Christianity. It denies the freedom that God has given to His creation (that’s why both Jews and Christians condemn astrology). It is also a fast track to atheism… if the God you believe in is only the god that explains the gaps in your understanding, then once those gaps get filled by science, the reasons for your belief go away.

It is also important not to confuse science with its use as technology. The Church makes no judgments on the biological science behind stem cells; nor does it deny the power of the technology based on that science. But it does have legitimate and indeed an essential role to ask if the use of this technology a wise thing. One can be opposed to nuclear bombs without denying the science of nuclear physics.

It is a common mistake to think that science and religion are competing ways of knowing “facts”. Science isn’t about the facts; it is about the conversation we have to understand the facts. It is never complete, never perfect, but it is the best way we have to come to grips with how the universe works. And faith is not a laundry-list of “facts” that we are supposed to believe without evidence; it is about how we proceed, with hope, in the important decisions of life even when we don’t have enough of the “facts” to make sure we’re making the right choices. (And we never have enough of the “facts”, but we proceed, anyway.)

Image of the Milky Way and Summer Triangle above VATT. Photograph by Jim Scotti.

But the scientific habit of looking at the universe can be a powerful way of recognizing how everything I have experienced in my life is made richer and more understandable in light of my faith in God. Thinking like a scientist, I can say that while I can never prove God (in any event, science describes, it doesn’t “prove”), the universe I see is completely consistent with recognizing the existence of God. Indeed, accepting the reality of God allows me to understand everything else that I see – not only the physical facts of the universe but also the personal experiences of my life – in a way that hangs together, makes sense, is elegant, and is beautiful.

Another thing that we as religious people can learn from doing science is how to propose hypotheses without being wedded to them. It can be useful to come up with ideas that might not be completely true but might be useful to play with because they can help us understand the truth. Indeed, when science progresses, it is almost always a stumbling forward, from mistake to mistake, recognizing and correcting those mistakes. That is the power of science. But to do that, you have to be willing to admit your mistakes, and accept others’ mistakes. In addition you need to recognize that mistakes are inevitable, which is why you may want to hesitate before leaping to embrace ideas, or behaviors, that may turn out to be very bad ideas. And that realization usually comes only with being part of a larger community… a community of scientists, a community of the Church.

But with all that sense of stumbling, that awareness of science’s fallibility, ultimately it is my faith in God that gives me the courage to do science. It gives me the faith to believe that the things I discover are real, and not just finding faces in the clouds. To quote Einstein, I believe that God is subtle, not malicious… and that my use of reason will lead me to the truth, not self-delusion.

When I delight in the stars, and likewise in the beautiful explanations for why the stars appear the way they do, I am feeling a sense of joy similar to those rare but wonderful moments in prayer when I sense God’s presence. For me, doing science is a way of “playing” with God. Just as I love to work with meteorites, knowing that I am touching bits of planets different from my own planet, so I love to work with scientific theories, knowing that I am “touching” a Mind different from my own.

Here is a lesson for anyone leading, or doing, a retreat: what I have said about astronomy could be said for any other walk of life. The experience of an artist, of a care-giver, of a business person, can all be brought to the service of connecting ourselves with our Lord. We begin with the passion that fuels what we each love most to do, and use that passion to point us towards God. But we recognize that passion alone isn’t enough; just as we need hard work to practice our craft, we also need prayer and study fit what where we experience our passion into the larger world of Revelation.

Astronomy teaches me that truth is not a goal at the end of some long piece of work, an “answer” that we will completely capture when the work is done. Truth is the entity we live with, constantly, without ever completely grasping. Our work is to come to be ever more familiar with it. And that work is never done.