In the fall of 2011, I was invited to give The Vivian J. Lamb Lecture on Science and Religion at Villanova University. The text of my hour-long talk ran to more than 6,000 words, and as far as I know it was never published anywhere. I’ve been publishing it here in three parts; this is the third and final part.

The fact is, the greatest creation that each of us gets to make is our own lives. We start with the cards that are dealt to us – the situation into which we were born, the talents and limitations we were each of us given at birth – and then we have the chance to form and shape them into something new, something never done before. 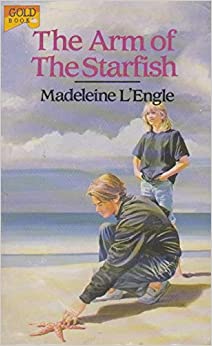 We each get to write the novel that is our life. Of course it is a science fiction novel; it takes place in the future!

Granted, there’s only so much we can write, ourselves; sometimes the other characters just won’t behave the way we wanted. Or expected. But they wouldn’t be real if they only jumped when you pulled their strings.

That’s true of characters in novels, too, by the way. More than one writer has described how the characters and plots in their books surprise them.

For example, in her journals the fantasy writer Madeline L’Engle described what happened when she was writing The Arm of the Starfish. She said, “I had the story thoroughly plotted, and there was no Joshua Archer in it. Nevertheless, when [the hero] Adam Eddington woke up in the Ritz Hotel in Lisbon, there was a young man sitting in his room, a young man named Joshua Archer, and Joshua was as much of a surprise to me as he was to Adam, and he changed the plot radically. He made me rewrite at least half the book.” Actually, he turns out to be the central character in the book… not the point of view character, but the one that everything else revolves around.

And, of course, it’s true in science. The universe doesn’t always behave the way we expect it. When that happens, it’s called, opportunity. The science fiction writer Isaac Asimov is said to have said, “the most exciting thing you can hear in the lab is not ‘Eureka’ but, ‘hmmm… that’s funny…’ ”

The art – and it is an art, based on a hunch, closely related to a feeling – is knowing when to attack the funniness by assuming it’s just a flaw in your set-up, and when to admit that you’ve actually found something real and new. Faster than light neutrinos, anyone? That’s precisely the argument we’re seeing play out there, right now.

And this is a way that treating religion and science as story helps. We’ve all read enough stories to know, instinctively, when a story “gets it” right or wrong. Those same instincts help guide us into giving credence to a particular possible scientific explanation. Hearing it as a story lets us ask if we believe in it enough to spend the time looking for the data that will prove or disprove it.

It’s no accident that the Gospels, the heart of our Christian scripture, are stories and not theological discourses. Jesus taught by telling parables. We can hear a story, evaluate it against our own human experience of life, and by instinct draw a lesson from it. (Sometimes not the lesson intended, of course – like the guy who heard the story of the Prodigal Son and asked, “after the son finally goes back to his father, who takes care of the pigs?”) And you remember stories… which is more than you can say about most of the Epistles you hear on a Sunday.

But let’s not forget an important distinction between reality and story. Reality is what happened; story is how we tell it. One of the differences between story and real life, which you learn when you start trying to write it yourself, is that…

…writing a story – following these rules, being careful not to introduce new characters or gods popping out of the machinery at the last minute – is artifice. It’s not real. Real life is messier. It’s not the controlled environment we create in a lab. Like an “after-school special,” the science we write up in our papers is at best a story “based on true events.” 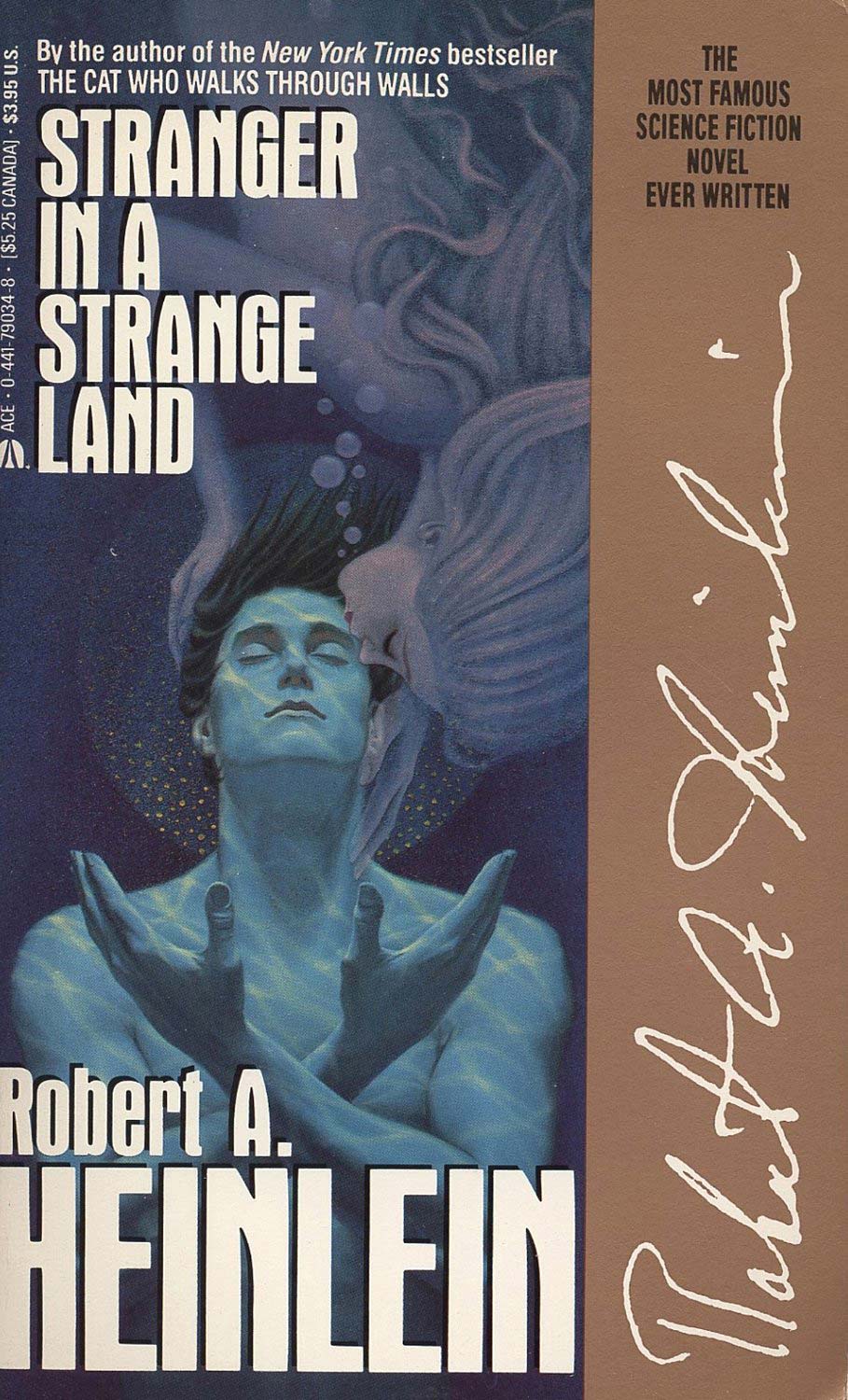 Indeed one of the reasons I trust the Gospels to tell me things that really happened (not the parables, but what goes on in between the parables) is that there is way too much messy inconsistency in them to reflect a well-crafted bit of fiction. That’s what I think the early theologian Tertullian was trying to get at with his oft-misunderstood axiom: “It is certain because it is impossible.” No one, trying to invent a believable story, would have made up what happens in the Gospels to Jesus or the apostles. And we have a whole literature of fantasy and science fiction to show us what our best storytellers do make up. Generally, their universes are more self-consistent… and their philosophy not nearly as profound.

Knowing how stories work, especially after you’ve tried your hand writing stories, gives you the intuition to judge not only what the story is trying to say but also if the author is being honest with you. That’s not quite the same thing as whether or not the story is factual; but it can tell you if the writer thinks it is the truth. Sometimes that’s good to know. But it’s a gut feeling… one that you can sometimes justify after the fact with a logical argument, yes, but as with most logic, the instinct comes first. Spending time with stories helps you exercise and develop that intuition.

Every student of physics knows the phrase “intuitively obvious to the casual observer.” We depend on intuition.

I don’t think most descriptions of science give enough credit to the emotional side of it. We are not divided into Kirks and Spocks. Neither were Kirk or Spock, for that matter; the one was very clever, the other a mass of emotions, and if both of them tried to hide it, it was for reasons that were both emotional and clever.

But it is in our emotions that we find not only how we do it – where we get the instincts to know which experiment to do next – but also the deeper question I promised I would get to: why do we do this stuff?

Why do I get passionate about science fiction books? Even ones that I can see aren’t great literature, but I can’t stop myself from picking up the next volume? Why do I keep showing up in the lab, or staying outside on a cold night looking through a telescope? What am I really looking for? And why do I keep putting up with all the frustrations of dealing with a large, clumsy, top-heavy, badly run overly-centralized bureaucracy that is utterly insensitive to what’s actually happening away from headquarters?

I mean, the scientists I know who depend on NASA for their funding can bitch and moan about it, and rightly so, but at the end of the day NASA was the only outfit that has ever gotten us to the Moon. But then… why did we want to go to the Moon?

There is a philosophical school of thought that says human beings do things for pleasure, but obviously that’s not quite right. If anything, we do things for the hope or expectation that we will get some sort of pleasure out of it. We have to open the book before we can enjoy it.

And, of course, most expectations are never completely met, and none of them last forever. That’s why we keep opening up new books.

From the time we were children we’ve known about the shiny toy that breaks the first time you touch it, the rich dessert that looks better than it tastes and makes you sick afterwards. A lot of temptations turn out that way.

Sex and drugs and rock and roll? We keep trying to turn the rock music up to eleven… to drink our way out of depression… or stay in relationships that always were a bad idea. We keep trying, over and over, to do the same things that never have worked yet, hoping that this time they’ll deliver… deliver… you don’t know what, but you know you want it badly. It’s the behavior that you see in drug addicts, and anorexics, and politicians.

And then… there comes along the sweet taste of joy that appears for no apparent reason, without previous cause, and leaves us with a blessed memory… and a longing for something that cannot be described, much less captured.

But it’s getting near the end of the talk, so let me cut to the chase. (Another image from storytelling!) St Augustine had it right, 1700 years ago, when he wrote, “You have made us for yourself, O Lord, and our hearts are restless until they rest in you.” All our desires are ultimately a desire for God.

We write, in order to imitate the Creator who is the author of everything. We read others’ creations to imitate the God who enjoys the creations we are making of our own lives.  We do science because of the exquisite joy we get in feeling, close up, the breath of the Creator who made this universe, and in following with delight the clever story He has woven in the way he created it.

That is the final and ultimate point of unity between science, fiction, and religion. They are all enjoyed by the same human being, who ultimately is looking for the same rest in the arms of the same Creator.

That’s why this world matters. And yet we know that what we see in this world is but a faint shadow of the world to come. Like a good book, there is truth to be found here; but like a book, at the end of the day it is only a thin tissue of words pointing toward something, hinting at something, that cannot be captured but only suggested.