The Physical and the Spiritual: Even after the adoption of a cosmology based on a spherical earth, a common feature of most cosmologies was the belief that the physical universe mirrored the spiritual realm. 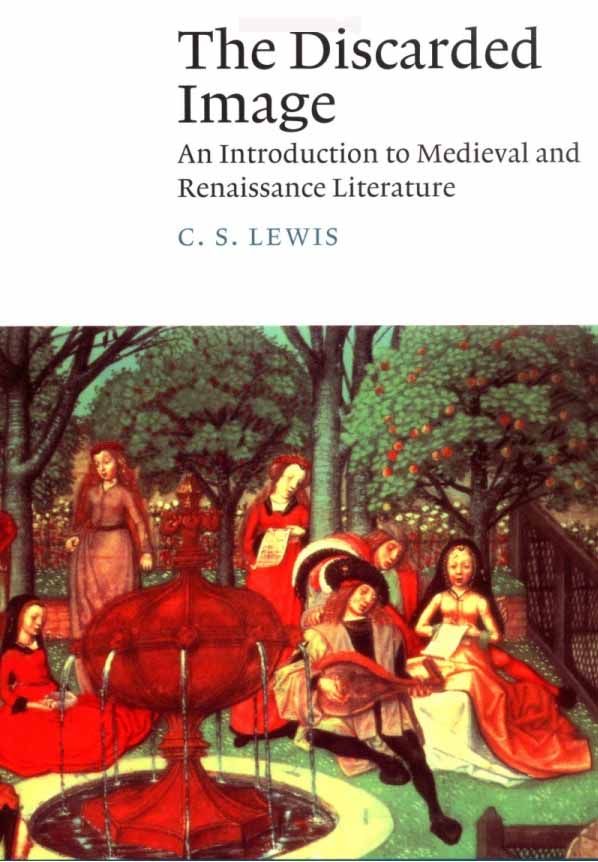 This often involved positing a “chain of creation” in which different levels or aspects of the physical universe were assigned to different elements, different gods, or different ranks of angels. Those different ranks were given names (thrones, dominions) and are what St. Paul was referring to in his letters, cited above. By the Middle Ages, it was assumed that the home of the saints and the biblical firmament were the outer spheres of the universe; below them were the spheres of each planet, moved by angels, and their perfect eternal circular motions stood in contrast to the irregular and finite movements of objects on earth. Earth stood not at the centre of the universe, but at the bottom of the chain of creation, only one level removed from the Inferno, or Hell, and (unlike the reset of the universe) subject to its own laws of corruption and death.

C. S. Lewis describes this cosmology in his book, The Discarded Image: “…the spheres are moved by the love of God… each sphere, or something resident in each sphere, is a conscious and intellectual being, moved by ‘intellectual love’ of God… the planetary Intelligences, however, make a very small part of the angelic population which inhabits… the vast aetherial region between the Moon and the Primum Mobile [thrones, dominions, etc.]… below the Moon is the [realm] of the arial beings, the daemons.” And, in fact, this is only the beginning of the census of all the different kinds of inhabitants of the universe as understood in the medieval cosmology, a complexity that is only faintly echoed in modern fantasies like the Lord of the Rings.

The Latin equivalent for the Greek word daemon was genius, and various genii were each associated with a different planetary intelligence. Each sphere’s genii were the source of gifts and abilities bestowed on human beings; one “genius” might bestow music, another the gift of speech.

The nature and strength of the genius, and thus the gift, for any given person depended on which planet had the strongest influence on that individual. In this way, astrology was given a firm basis in the cosmology. It is interesting to note that, even while the ancient Hebrews roundly condemned the use of astrology to predict future events because it denied the power of God (see, for example, Deuteronomy 4:19, or Isaiah 47:10-14, or the Book of Wisdom, chapters 7 and 13) they nonetheless accepted that it was a natural way to describe how the universe worked. One can find mosaics of zodiacal constellations in ancient synagogues. In fact, the familiar phrase mazel tov is actually a short-hand way of saying that “one lives under favorable stars.”

This cosmology was, in fact, a beautiful system that underlay not only the physics and astronomy of its day but also provided the framework for great literature and music. You can’t read Chaucer or Dante without knowing the cosmology they assumed, and which they assumed their readers would also know. Again to quote Lewis: “Few constructions of the imagination seem to me to have combined splendour, sobriety, and coherence in the same degree. It is possible that some readers have long been itching to remind me that it had a serious defect: it was not true.”

Where Does Jesus Fit In? It had another defect besides being untrue, however…

It also distracted one from knowing God. This was the point being made in St. Paul’s letters. Brian Purfield, a British Jesuit writing for Thinking Faith.org, interprets Paul’s letters as a reaction against that cosmology. As Purfield put it, “People in Ephesus… [and in] nearby Colossae already had a view about this world and their place in it. According to this worldview, the gods were ‘up there’ beyond the sky and the people were ‘down here’ on earth. Between the gods and themselves were a whole host of intermediaries. Furthermore, if you were to live a happy life ‘down here’, you had to keep all these intermediaries happy as they were in charge of some area of your earthly life.

“Paul had received word from Colossae about how the people were adapting Christianity to their culture. When the Gospel is preached to the Colossians they are told that Jesus is their mediator before God – but they already had many mediators before God and life seemed to work very well. They therefore asked the question: ‘where does Jesus fit into our system?’ In other words, they were trying to take the Gospel and super-impose it upon their already-existing worldview.”

By the twelfth century, much of this Babylonian, Greek, and Roman cosmology had been lost to the west. It was, however, preserved by Islamic scholars. And there was some crossover. Johannes Scotus Eriugena had an imperfectly-translated copy of Plato which he cited in his ninth-century cosmology treatise On the Divisions of Nature. And in the late tenth century a young French scholar, Gerbert d’Aurillac, who grew up near the border with Spain (which was still Islamic), travelled to Barcelona and learned the secrets of the abacus and the armillary sphere (a representation of the celestial globe made from metal rings and hoops showing the equator, the tropics, and other celestial circles, which could be used to predict the positions of celestial objects in the sky). He introduced Arabic numerals to the West; and indeed his mathematical knowledge was so frightening to people that they started rumors he was really a sorcerer. That didn’t prevent him from being elected Pope in the year 999, taking the name of Sylvester II.

Finally with capture of the Spanish city, Toledo, and its university and library by Christian forces in the mid-twelfth century, the flower of this ancient knowledge was available once again in the West. The translation of these works from Arabic back into Latin, and their dissemination through the newly developed university system, led to the explosion of knowledge we now recognize as the High Middle Ages. 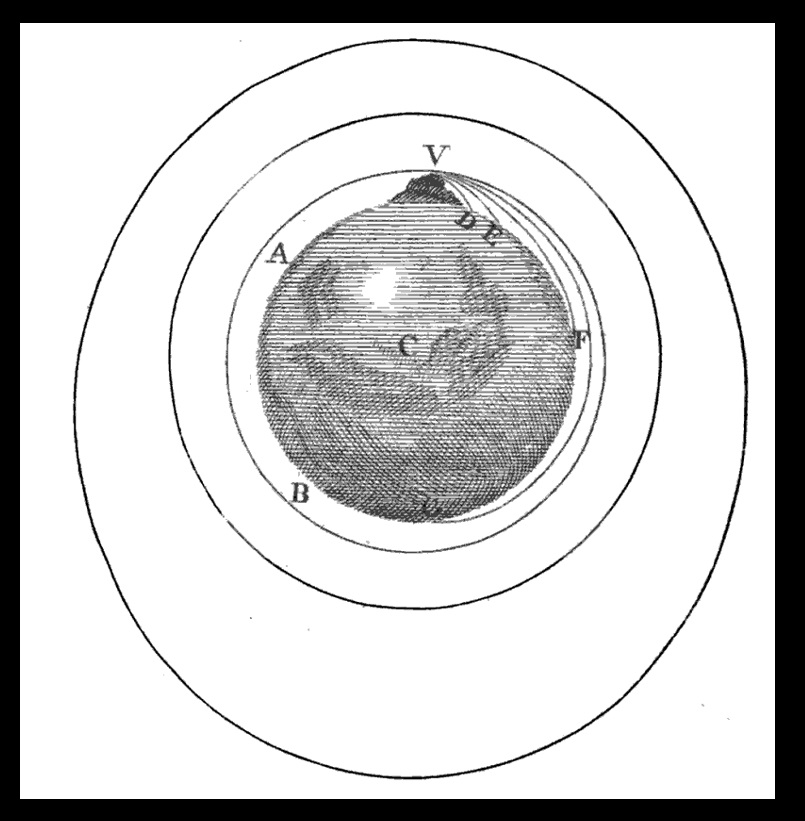 Newton’s remarkable insight was recognizing that the same physics that occurs on Earth also occurs in the heavens.

Still, notice a common trait in all these different ways of putting the pieces of the universe together. Up to this point, there is still an unspoken assumption that when you’re talking astronomy, you’re also talking religion. One tells you how to go to heaven, the other tells you how the heavens go – to quote the famous quip of Cardinal Baroneus, a friend of Galileo – but they are still referring to the same heaven. The physical and the metaphysical had not yet divided.

That division only occurred in the seventeenth century, with Newton and his laws of physics. We all recall the famous story of how an apple’s fall led Newton to his insight into gravity. What we forget is the nature of that insight: that the laws describing the fall of the apple are exactly the same as the laws describing the “fall” of the moon as it orbits around the earth.

The idea that things in the heavens operated exactly the same way as things on earth was a major shift in our understanding of the nature of the universe. No longer would we think of a “translunary sphere” of perfection beyond the moon, to be contrasted with the sin and corruption of earth. No longer were the heavens to be confounded with Heaven.

The criticism of the old cosmology in the Hebrew injunctions against astrology, and St. Paul’s exhortation to look to Jesus rather than daemons as the mediator between God and Man, had been based on the potential evils seen in a system that could possibly challenge the supreme position of God. The criticism in the new cosmology of Newton was more fundamental: rather that saying the old cosmology was potentially evil, it said that it was not true.

Newtonianism: Newtonianism did not erupt in perfect form out of Newton’s Principia. Newton still saw gaps in his understanding of planetary motions, for example, which he though might necessitate a direct intervention by God. The Deists used these gaps as the basis for their belief in God. Over the next two hundred years, however, the developments of mathematics and philosophy in the period self-styled as “The Enlightenment” succeeded in closing these gaps. By 1800, when Napoleon could ask the French mathematician Pierre-Simon Laplace about the role of God in his celestial mechanics, Laplace could accurately reply, “I have no need of that hypothesis.” What had started as deism, soon became atheism.

However, the human temptation to connect an unreflective cosmology with one’s metaphysics did not by any means disappear during the Enlightenment. If anything, it was all the more insidious for being far better disguised.

The operating assumption of Enlightenment cosmology was the mechanism of Newton’s laws. Given complete knowledge of the state of the universe, where every particle is located and how they are moving at any given moment, and a perfect knowledge of all the forces acting on those particles, then Newton’s Laws assert that one can in principle calculate perfectly both all the previous states of every particle in the universe, and every future state. Obviously, it might be beyond the ability of any human being to make such a calculation; but nature itself was doing the calculations.

This immense deterministic system seemed unshakeable. And the only role left for God in such a system is to set the initial conditions, to be (in the Aristotelean sense) the “Prime Mover,” the Great Watchmaker who perhaps built the watch, wound it up, and set it running in its inexorable course.

[But… stay tuned for Part III and our thrilling conclusion, next week!]