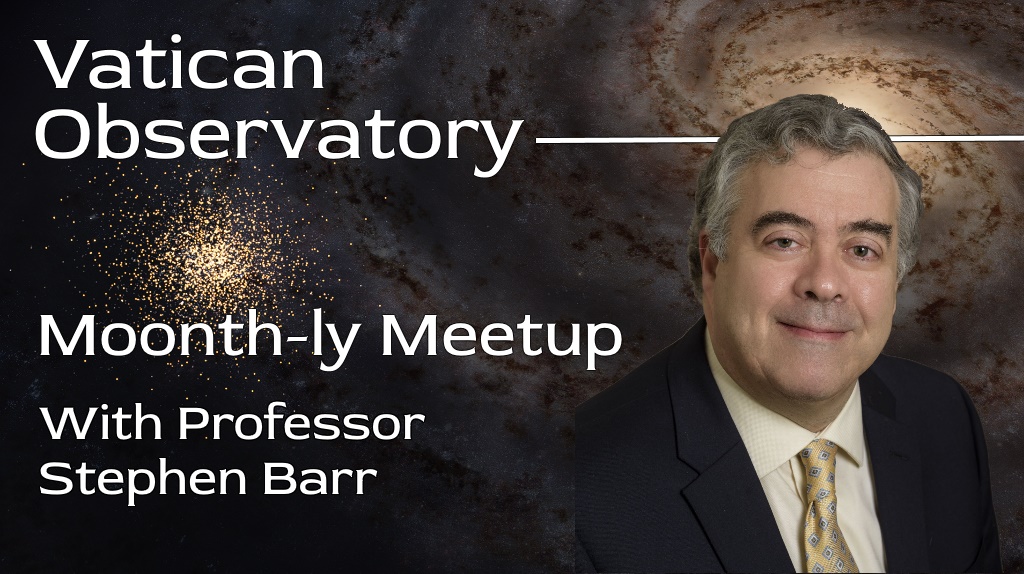 Join us Tuesday June 14th for our the next Full Moon-th Meetup where we’ll chat with Professor Stephen Barr – founder and president of the Society of Catholic Scientists!

This meetup is a perk for our Sacred Space Astronomy subscribers: on Tuesday June 14th we’ll be holding our regularly scheduled on-line meetup where you get to chat with each other, and astronomers and scientists from the Vatican Observatory!

Stephen M. Barr is Professor Emeritus in the Department of Physics and Astronomy of the University of Delaware and former Director of its Bartol Research Institute. He earned his Ph.D. in Physics from Princeton University in 1978; Princeton awarded him the Charlotte Elizabeth Proctor Fellowship “for distinguished research.”

Professor Barr does research in theoretical particle physics, especially grand unified theories, theories of CP violation, neutrino oscillations, and particle cosmology. He is a Fellow of the American Physical Society (2011). He is the author of Modern Physics and Ancient Faith (Univ. of Notre Dame Press, 2003).

Barr writes and lectures frequently about the relation of science and religion. He has served on the editorial advisory council of the ecumenical religious intellectual journal First Things since 2000 – many of his articles and book reviews have appeared in the journal since 1995. His writings have also appeared in numerous other publications.