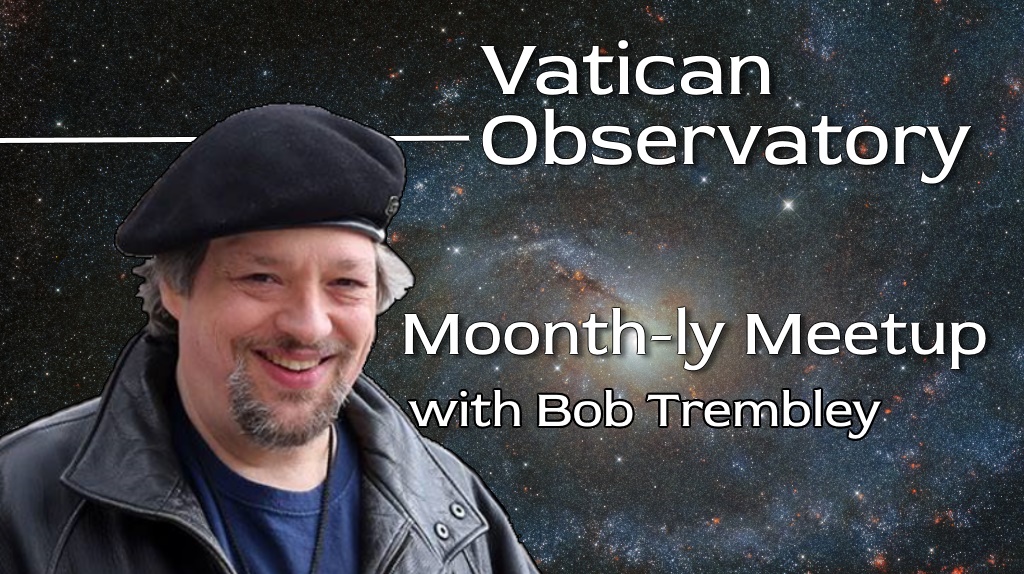 Join us December 7th for our the next Full Moon-th Meetup where we’ll chat with Bob Trembley – a volunteer NASA/JPL Solar System Ambassador, 2023 president of Michigan’s Warren Astronomical Society, Sacred Space Astronomy author and editor, VOF podcast co-host, and a factotum for the Vatican Observatory Foundation.

This meetup is a perk for our Sacred Space Astronomy subscribers: on Wednesday December 7th, we’ll be holding our regularly scheduled on-line meetup where you get to chat with each other, and astronomers and scientists from the Vatican Observatory!

Continuing our theme of getting to know the scientists and staff and all the folks who support the work of the Vatican Observatory, this month’s meet up features someone who we may all recognize but may not actually know…

Bob Trembley has been an amateur astronomer and space enthusiast since the mid 1960’s. He and his wife Connie met Br. Guy sometime in the mid-1980’s at a science fiction convention.

Connie is a middle-school science teacher, and was a guest for one of our podcasts.

Bob had been doing PC support before starting to work for the VOF in 2014. And how that happened is a story in itself…

Bob and Connie have an almost 3 year old granddaughter; as a COVID-baby, she never got to see Santa in a public setting; Bob had a talented seamstress friend (also a friend of Br. Guy) make a beautiful Santa suit for him so he could play Santa.

As a volunteer NASA/JPL Solar System Ambassador, Bob has lectured about astronomy and space science for years at schools, libraries, science fiction conventions and other public venues; more recently, he has been doing his space lectures via Zoom.