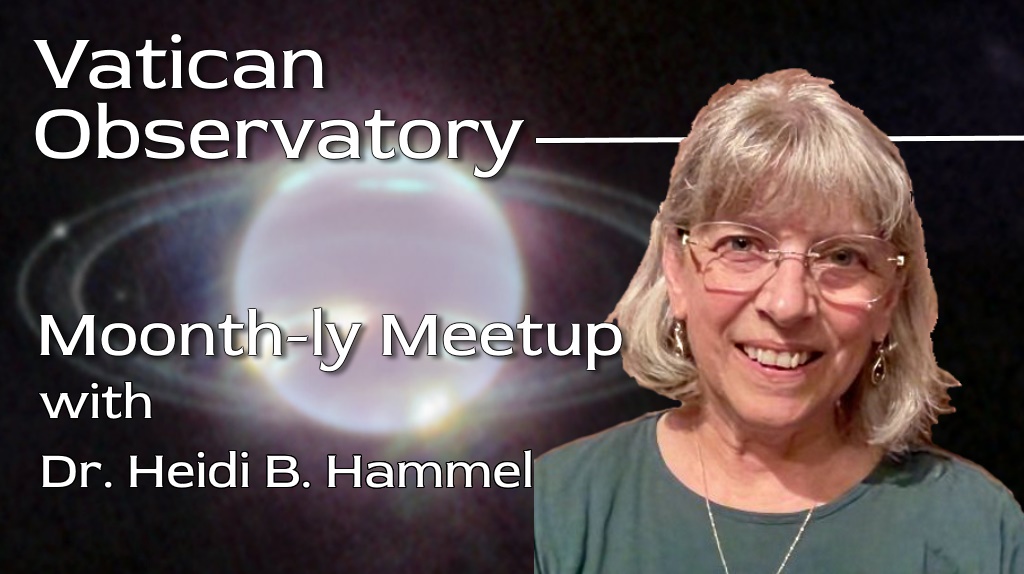 Join us October 9th for our the next Full Moon-th Meetup where we’ll chat with Dr. Heidi B. Hammel – Vice President for Science for the Association of Universities for Research in Astronomy (AURA).

This meetup is a perk for our Sacred Space Astronomy subscribers: on Sunday October 9th, we’ll be holding our regularly scheduled on-line meetup where you get to chat with each other, and astronomers and scientists from the Vatican Observatory!

Dr. Hammel received her undergraduate degree from MIT and a Ph.D. in physics and astronomy from the University of Hawaii. She held a post-doctoral position at JPL, where she was a member of the Imaging Science Team for the Voyager 2 Neptune Encounter; she has extensively studied the planets Uranus and Neptune.

After JPL, she returned to MIT as a Principal Research Scientist in the Department of Earth, Atmospheric, and Planetary Sciences.

She has spent many years with the Space Science Institute in Boulder, CO, using the Hubble Space Telescope many times. In 1994, she led the Hubble Team that investigated how Jupiter’s atmosphere responded to the impact of Comet Shoemaker-Levy 9.

Dr. Hammel is Vice President of the Board of Directors of the Planetary Society, and an Interdisciplinary Scientist for the James Webb Space Telescope. Both the Hubble and JWST have been observing the aftermath of the DART impact on asteroid Dimorphos – which Dr. Hammel has been posting about.