And then I wrote: As I mentioned previously, in 2009 the Redemptorist Press invited me to write a series of reflections on issues of religion and science for the Sunday bulletins that are distributed in churches throughout the United Kingdom.

As it happens, the days of the week in 2009 match those of 2020 (after this year’s leap day) and the liturgical calendar also matches; thus, both in 2009 and 2020, the 16th Sunday of Ordinary Time falls on 19 July. Here’s what I wrote for the third reflection:

“Here, from His Observatory at Castel Gandolfo, Pope Paul the Sixth is speaking to you astronauts. Honor, greetings, and blessings to you, conquerors of the Moon, pale lamp of our nights and our dreams! Bring to her, with your living presence, the voice of the spirit, a hymn to God our Creator and our Father. We are close to you, with our good wishes and with our prayers. Together with the whole Catholic Church, Pope Paul the Sixth greets you.” 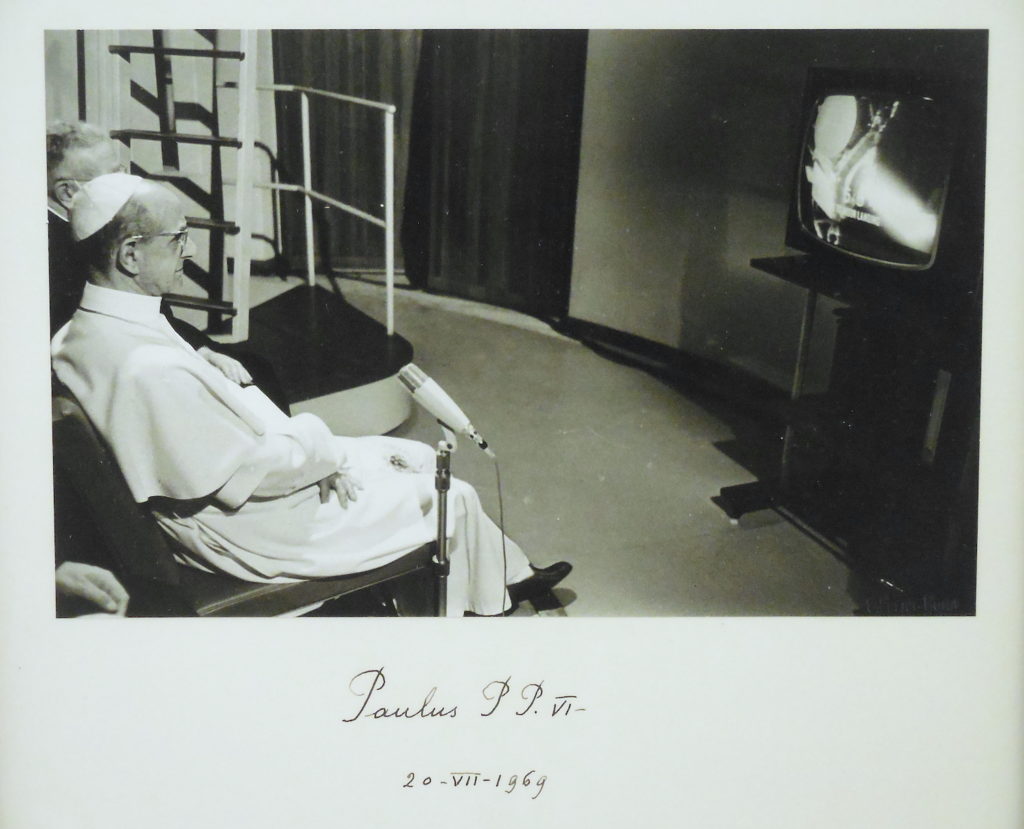 So spoke Pope Paul on a world-wide television broadcast, one of many world leaders calling to greet the first men on the Moon forty [now 51!] years ago this weekend.

From the start, traveling to the Moon…

…was controversial. Was it a waste of resources that could have been better spent on Earth? In the years since then, we’ve stopped spending so much money to go to the Moon and yet poverty and injustice are still with us. Was it simply a race of egos between Americans and Russians? Yet even in the poorest villages of Africa (where I worked in the 1980s) I found that people were fascinated by the Moon landings. It was an adventure that the whole human race could take pride in. 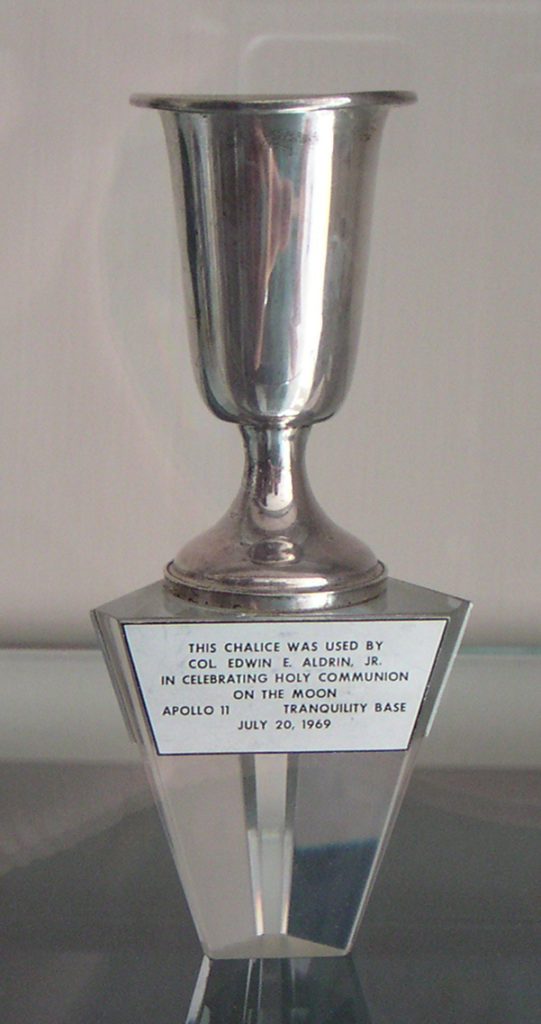 I was a teenager when Armstrong stepped onto the lunar surface. The year 1969 was filled with turmoil in America. I lived in Detroit, the scene of a terrible race riot not far from my high school. The university that I hoped to attend had been shut down by student protests. The prospect of being drafted to fight in a terrible war in Vietnam loomed in my future; the memories of political assassinations haunted our past.

And yet I remember the Christmas Eve of 1968 when the Apollo 8 astronauts first orbited the Moon. They televised close-up views of the soft lunar mountains beneath them, while reading the creation story from Genesis.

And then, that summer night forty years ago, Neil Armstrong took his “one small step for a man, one giant leap for mankind.” His fellow astronaut, Buzz Aldrin, brought with him a piece of bread and a small aluminum chalice of wine, communion species blessed by his Presbyterian minister back in Houston.

Those accomplishments kept a small spark of hope alive in our hearts.

Today, those of us old enough to remember the Apollo landings probably still think of 1969 as the year of Woodstock and riots in Northern Ireland. But a hundred years from now, long after most people will have forgotten who was prime minister in 1969, that year will be remembered for the Moon landing.

Think not 40 but 400 years ago, to 1609 and Galileo’s first look at the Moon with his new telescope. Yes, soon enough Galileo would have to defend himself against two Popes. And within ten years Europe would be embroiled in the Thirty Years’ War. But how many people nowadays remember the names of any of the kings and generals of that war – or the names of the Popes who challenged Galileo?

Astronomy, like religion, has the power to pull us out of our mundane world and all its problems. It shows us the bigger picture. And in doing so, it nourishes Hope.