It seems odd to write an online diary about how much time I have been spending online, but I am sure that my experience is hardly any different from yours. 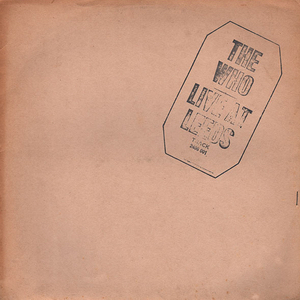 Going to talks online is no different, really, than hearing your favorite band in a live album. Right?

Except… for the past twenty-plus years my life had been constant travel, reaching the top rank of my airline’s frequent flier status regularly, as I would go not only to Rome and back several times a year but also around North America and Europe giving talks and attending conferences. But now I haven’t left home since George Coyne’s funeral last February. (Speaking of which, be sure to check out the George Coyne memorial page, as several new memories have been posted in the past month or so.)

Instead, I have gotten accustomed to giving talks via Skype and Zoom and all the rest. This past weekend I participated in a science fiction convention hosted in Boston, but with panelists from all over the world. The panel I was on included a guy from Leeds, England. (This youngster had never heard of the famous Live at Leeds rock album. OK, so it’s more than 50 years old, but geez, it’s a classic!) Before that, I took part on-line in a birthday party for a friend; a memorial service for a colleague; and too many committee meetings.

And, like many of you, I have regular meet ups of old friends, including one gang I have known since high school and another dating from when I got active in science fiction fandom. As a result I actually have been in closer touch with some old friends than I have been in years.

One online event we’ve just started are our Moon-thly Meet Ups, held every Full Moon as seen from Tucson, where our Sacred Space subscribers can chat with Vatican astronomers. Our next will be Tuesday, September 1, at 10am Tucson Time/1pm EDT. It’ll feature long-time VATT astronomer Fr. Rich Boyle SJ.

Speaking of Sacred Space subscribers… last month we had 211 users; this month, even with a small deletion of users whose subscriptions have expired, the number has grown to 213. Thanks! Meanwhile, we now have 10,396 people who get notified of new postings, net increase of 85 new readers. Please tell more people about our site. And if you can, please subscribe at a rate of $10 a month (about the tip you haven’t given your barber lately) or $100 per year.  And tell your friends about the site!

Along with all the online talks, however, a new new that I have begun doing is preparing pre-recorded presentations. After the break, I will provide links to two of them which I think might be of interest to our subscribers…

Here are links to two talks I have recorded recently. The first is a science talk prepared for the annual Lunar and Planetary Laboratory seminar, a day when students and researchers at my old department in the University of Arizona can present their work. Normally it’s held live, when I am in Rome, so I haven’t been able to participate. This year I am in Tucson and it’s online, so here’s a sample of what my science looks like:

The next is not a YouTube video but a talk I prepared for a teacher workshop, designed for those who teach at Catholic and especially Jesuit high schools. But since it talks about my experience as a scientist, I thought the gang here might be especially interested in it. Click HERE to go to a file on my own DropBox; while it is current as of August 2020, I don’t guarantee that it’ll still be there in 2030!