It’s only been three weeks since our last roll call of subscribers, and since then we’ve added one and lost one; sadly, the one that is lost was an Andromeda subscriber, whom we will miss. We are still at 138 total.

On the other hand, the number of folks who have signed up to be notified of new postings has jumped from 8776 to 8870, so that’s a healthy gain. I hope some of you will be inspired to support our work by subscribing, be it at the Pleiades, Hercules, or Andromeda levels!

In July I had a couple of fun trips, first to Minneapolis for the Convergence science fiction convention (where I was a guest of honor) and then to the SciFoo techie “camp” hosted by Google, Nature, and O’Reilly the tech publishers. Old friends, new friends, fun talks, good food! Now I am back in Rome, and next Monday I’ll be off to Ireland, first for a vacation and then for the World Science Fiction Convention in Dublin. 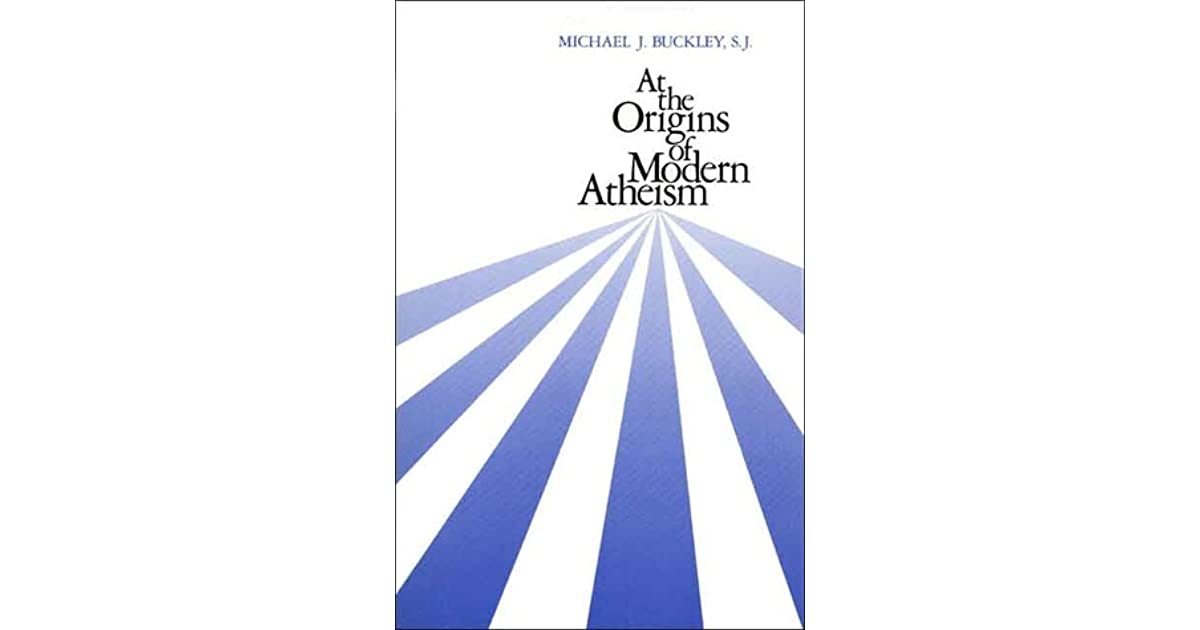 Now, on to the title of this entry: who was the man who the spotted the origin of atheism? He was a prominent Jesuit theologian whom I got to know when he directed a reading course in theology for me, and the source of a number of fun stories, only some of which are apocryphal!

Fr. Michael Buckley SJ was most famous for his thesis, and later book, On the Origins of Modern Atheism. There he argued that atheism in the modern era developed out of…

…the Deism of Isaac Newton and others, who attempted to use the new successes of physics as a way of “proving” the existence of God. The God they “proved,” however, was the “God of the Gaps” and when further advances in physics closed those gaps, the God they were proving got squeezed out and turned out not to be so necessary after all.

By that, I don’t just mean that I took a course from him. In a sense, I actually didn’t; I wasn’t enrolled, I took no tests, I got no grade. Rather, he was the one who taught me what theology really meant.

I’d entered the Jesuits as a brother, with a lot of education under my belt already, and many years teaching university level physics including four years as a physics professor at Lafayette College. Being a brother, when I was sent off to philosophy studies I didn’t have to do the set courses that those going to ordination needed. Instead I took a variety of classes, both philosophy and theology. (And a couple of physics classes at the University of Chicago, because, hey, I was in Chicago, and why not?)

Then I was missioned directly to the Vatican Observatory to get back to work as an astronomer. Since I had no intention of being ordained, I assumed I wouldn’t need the theology courses that priests get before ordination.

But a few years into my time at the Vatican Observatory, the director at the time, George Coyne, got a letter from my province reminding him that I was supposed to get some sort of formation in theology. He didn’t want to lose me for too much time, and I didn’t feel like I needed another three or four years of schooling — I was already in my mid 40s — so George struck a deal with my province.

Consider the theology classes I had already had, he said. (I didn’t even mention all the theology books and papers I had read long before I was a Jesuit, stuff that had been passed on to me when I was dating a theology major at Wellesley!) How about if we send Guy off to Boston to take a reading course with Michael Buckley?

They agreed, and so in the mid 1990s I found myself living in Back Bay, Boston (near where I had lived in the 70’s and early 80’s) and taking the Green Line once a week out to Boston College. 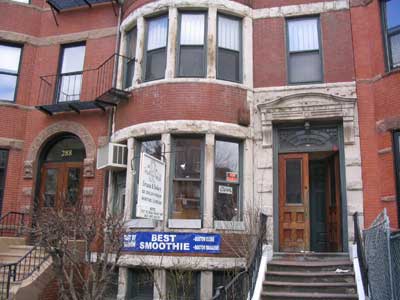 When I was a post-doc I would hang out at this ice cream shop on Newbury Street in Boston’s Back Bay and dream of living right next door. Turns out, right next door was the Jesuit residence where I lived when I was doing my theology course with Fr. Buckley!

“What do you want to study?” Fr. Buckley asked me, the first time we met.

“I dunno,” I answered. “Everybody talks about this guy Karl Rahner, maybe I should read some of his stuff?”

“Sure,” he replied. “His easiest book is an introductory text, Foundations of Christian Faith. You can pick up a copy in Harvard Square.”

I floundered for a week trying to make heads or tails of the first chapter. When Michael explained it to me at our next meeting, I realized I hadn’t even understood what the subject matter was. And this, mind you, was the English translation.

“If I am going to have to read it word for word, so slowly, to figure out what he’s saying, I might as well read it in the original German,” I complained.

“Sure,” he replied. “In German, it’s Gundkurs des Glaubens. You can pick up a copy in Harvard Square.”

I would translate a chapter a week. He found my attempts quite amusing, as again I would completely miss the point of what Rahner was trying to say. And then Michael would quietly, and clearly, show me what was really going on. Along the way he’d include many stories about the theologian and those around him.

“One day,” Michael told me, “Rahner said to his assistant, ‘Go into the library and fetch me my copy of my book on the Holy Spirit.’ The assistant searched the shelves for half an hour, but couldn’t find any such book. ‘Oh, that’s right,’ Rahner said. ‘I haven’t written it yet.’”

Buckley was a polyglot, having lived in many places around the world. One story I heard, which I can’t confirm but sounds likely, was that his father, a naval officer in World War 2, became the “mayor of Yokohama” during the US occupation of Japan in the years immediately after the war. At that time, he sent for the rest of the family including Michael and his brother Tom (who also became a Jesuit), both high schoolers, to live with him in Japan. But it soon developed that, as the “sons of the mayor,” the boys were given the same sort of perks that the previous mayor’s children had received… including having their bodyguards doing their high school homework for them! When dad found out, the kids were quickly shipped back to the States, where they finished their schooling in one of the Jesuit schools that took boarders.

And Buckley was well known in the world of theology… which always has its risks. While I was studying with him, back when the future Pope Benedict was head of the Congregation for the Doctrine of the Faith under Pope John Paul II, a rumor appeared in one of the rabid Catholic/political presses in the US (they exist on both the left and the right, run by self-proclaimed True Catholics who apparently have no faith in the Holy Spirit’s role in the church) that Buckley was due to be called onto the carpet by Cardinal Ratzinger.

He didn’t seem to be bothered by the rumor.

But once while I was in his office going over my Rahner mistranslations, his phone rang. The conversation was brief; on his end all I heard was a series of non-committal “yes” and “I see” and “of course” replies. His face was bemused. Then when he hung up, he told me, “that was Cardinal Ratzinger. He has just invited me to direct the annual retreat for the staff of the Congregation.” It was, he decided, the Cardinal’s way of giving him a vote of confidence.