This was one of my favorite book reviews… I got to be snarky and still give the book an enthusiastic thumb’s up! The review ran in the journal Meteoritics and Planetary Sciences in 2001. 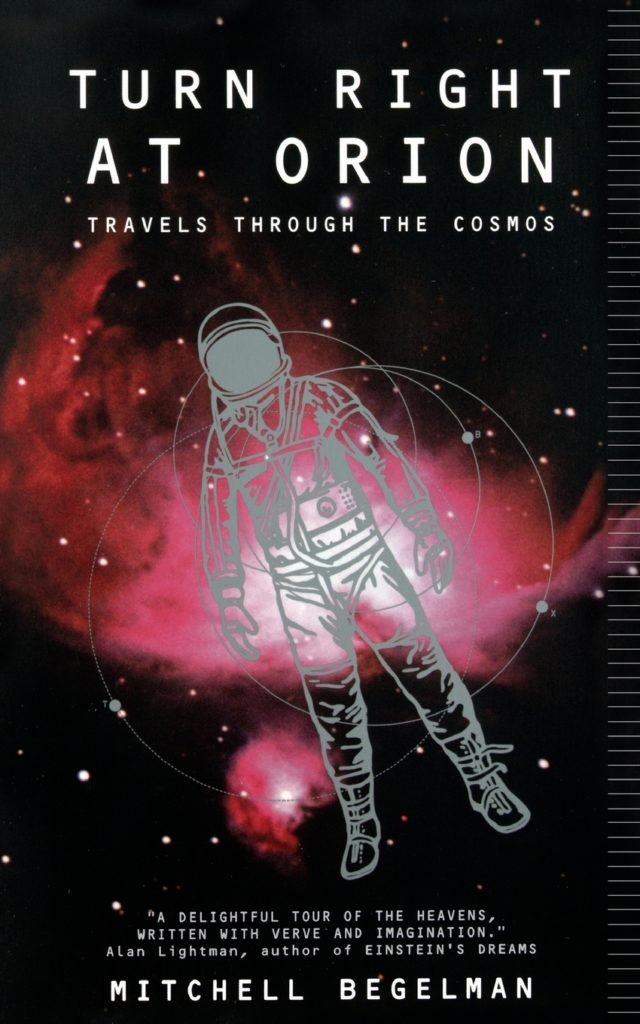 I have to admit, I had every reason to hate this book before I even cracked open a page. As the co-author myself of a bestselling astronomy book called Turn LEFT at Orion (published more than ten years ago by Cambridge University Press, with a new edition just out), I obviously have my own opinion about how to find one’s way around the galaxy! And the plot device of this book, a sort of “manuscript-found-in-a-bottle” travelogue through the galaxy by some future astronomer, is either time-honored or hoary with age depending on your perspective. Who is this author, Mitchell Begelman, anyway?

This being the internet age, I checked out his curriculum vitae on the web. Turns out Begelman is an astronomy professor at the University of Colorado and Joint Institute for Laboratory Astrophysics, and the co-author (with Sir Martin Rees) of a prize-winning popular science book, Gravity’s Fatal Attraction. Digging deeper, I also found that he graduated from Bronx Science High in 1970. Hey – that makes him a classmate of my old MIT roommate, Paul Mailman. I dashed off an e-mail to Paul.

“Small world,” said Paul, “I was just chatting about Mitch the other day with another classmate.” Paul checked out Dr. Begelman’s web page, though, and hesitated on his identification. “Gee, the guy I remember was skinny, and had a lot more hair!” 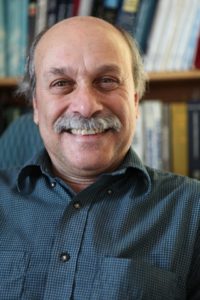 Having avoided looking in a mirror (or on a scale) recently myself, I let this comment pass. Paul continued, “He was an impressive whiz in math and physics …. I remember Mitch was active in the Astronomy Club at Science. In fact, he was responsible for me experiencing my only total solar eclipse to date (in North Carolina). If you have any occasion to communicate with him, say ’thanks’ for me!”

Well, if he was a friend of Paul’s …. With some grumbling, I admitted to myself I had to approach the book with perhaps a more favorable predisposition than I’d started with. But all this background begs the bigger question: is the book itself any good?

It’s peculiar, that’s for sure. The plot conceit of the traveling astronomer in his magic spaceship is so thin that it doesn’t even get in the way of the book. Essentially every chapter is merely a rich descriptive essay on some particular topic of astrophysics: from supernovae explosions, to the formation of planetary systems, and on to black holes at the centers of galaxies.

Indeed many of us practicing scientists, I suspect, start every research project with such richly imagined scenarios in the backs of our minds. You have to have a gut feeling of how a system ought to look and feel, be it the inside of a star or the melting of a lava, before you can go about assigning equations to describe its working parts. The fascination of this book is that Begelman makes his working hypotheses overt, and vivid.

In the process, the reader gets to ride along and see the universe the way a top-of-the-line astrophysicist sees things. But the book is not an easy read; it is not a page-turner. It is best savored slowly, taken a small dose at a time. Conveniently, the chapters generally run to only about five to ten pages long. (And the publisher has thoughtfully chosen to format the hardcover in a size that gracefully fits atop a toilet tank.) 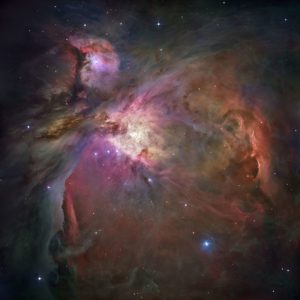 Part of the fun of the work is arguing in your head with the author. Shouldn’t the Orion Nebula appear green, not pink, to the naked eye? (It does in a small telescope; the forbidden line of oxygen is more easily seen than the red hydrogen emission that photographic film tends to pick up.) Doesn’t all this hopping about the galaxy tend to minimize the vastness of the empty spaces between the stars? And why do astrophysicists always try to explain everything with magnetic fields and jets?

I hate to admit it, but it’s a fun little book. Though not for everyone, I can imagine a young teenager mad about space falling into its pages and dreaming for hours about gravity and galaxies. I give Begelman high marks for his audacity at writing such a book, exposing his private views of the galaxy to the public at large. I especially am delighted to see a professional astronomer who’s not afraid to display to the world his personal sense of wonder.

About his sense of direction, though, that’s another matter ….

45  |  The Observer’s Guide to Astronomy