Skellig Michael is a spectacular tiny island off the Kerry coast of Ireland, once home to monks and Jedi knights…

The Irish blues singer Rory Gallagher… the last Star Wars movie… the discovery of pulsars… the Dean of York Cathedral… and Pope Francis. That pretty much summarizes my diary for August. Oh, you want to hear more, you say?

But first, our stats: As of today, we have 139 paid subscribers… that’s only one more than last month. On the other hand, there are 9051 people who get notified of new postings, a jump of nearly 200 compared to last month. We continue to grow, but not nearly fast enough to keep us in business. We pay our writers (a pittance, but still it’s something) and the web site and its support does not come for free.

Please tell more people about our site. And if you can, please subscribe at a rate of $10 a month (that’s two visits to Subway for me) or $100 per year. And tell your friends about the site. If we could double the size of the readership, would we double the number of supporters? I’d rather have a thousand people giving us $10 a month than relying on one person giving us ten thousand a month (though I wouldn’t turn that down, either!) We want to give you the Sacred Space Site that you like, but how can we do that if we don’t hear from you?

Now, on to the story telling. Most of August I was in Ireland…

…beginning with a couple of days in Ballycotton, the guest of Dónal Gallagher, the brother of the late great Irish blues guitarist (who among other things did a great version of an old Junior Wells song called “Messin’ with the Kid” from which I originally stole the title of this post… until someone pointed out that it could be taken the wrong way. )  It was cool and windy and full of stories. The part of the coast where I was staying looked south over the Atlantic, and you could see cruise ships heading into Cork. Dónal told me of the time when, as a young boy, he heard an old lady from the town tell him of seeing the Titanic sail past in 1912; Cork was its last stop before its fateful trip. The sighting was memorable for the little girl of 1912 because of the way the ship was lit up at night; it was the first time she’d seen electric lights. 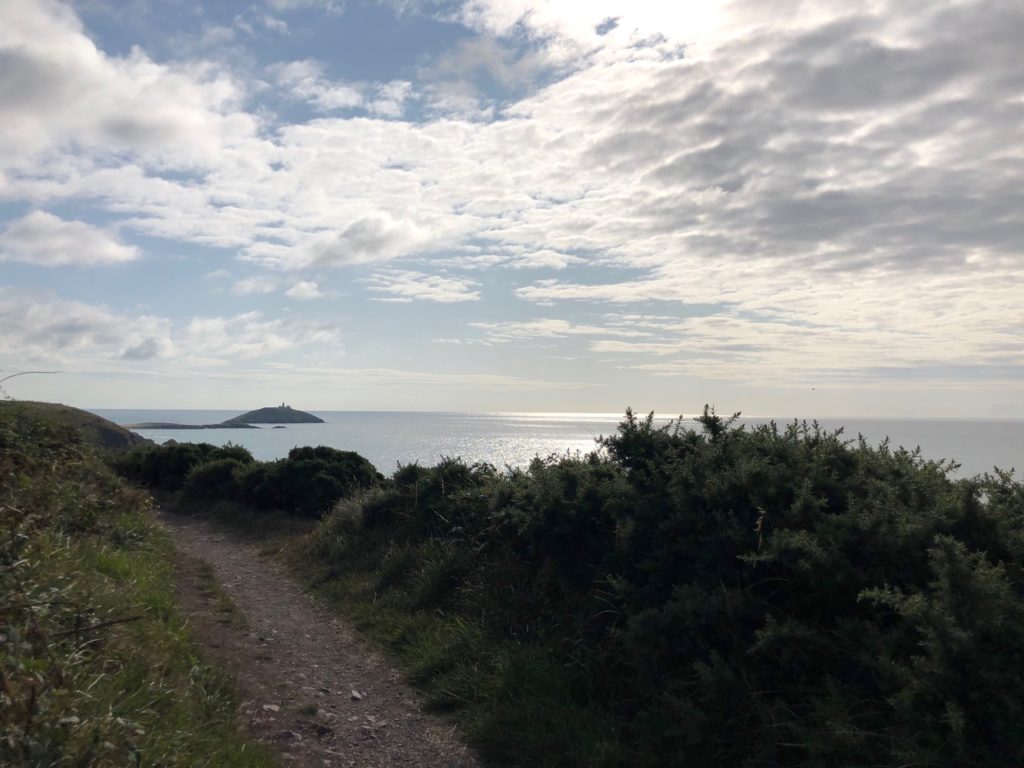 A view from the coast of Ballycotton, Ireland, outside of Cork. This is more or less what Rory Gallagher was looking at when he wrote “Million Miles Away”

From there I moved to Kerry (though in fact I was back in Cork to speak to the Astronomy Club at Black Rock Castle later in the week) where I spent a week with Steve Lynott, a retired banker who now helps run the Kerry Dark Sky site. I had visited there for a talk in October 2017 (just after they had a hurricane go through!) but this was my first chance to get to know the area. The skies did not cooperate; while dark, they were also cloudy. And rainy. It made for dramatic views, but the weather did not really clear up… except for Tuesday morning, the 13th, when the rain stopped, the seas settled down, and I was able to take a boat ride out to Skellig Michael, the site of a monastery dating from the 8th century. It’s a UNESCO World Heritage site, a stunning location, and, oh yeah, used in a movie recently… Only a limited number of people are allowed access per day; since Steve was a local, he managed to get me a ticket. (He also made the video of Mark Hamill learning to pull a pint at the local pub…) 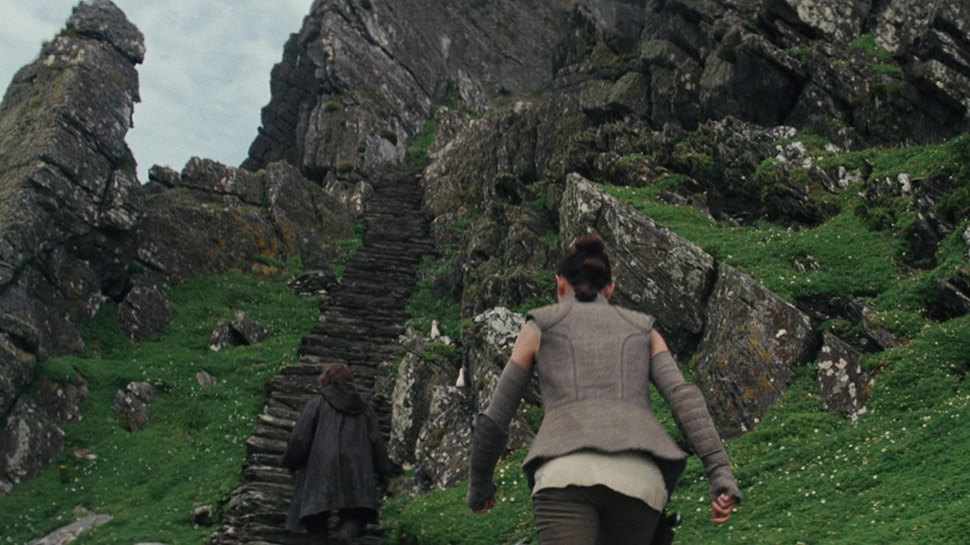 Compare with the photo I took, above. (I made no effort to duplicate this view, which I only found just now on the internet. There’s only so many places where you can stop to take this photo, I guess.) This comes from an online site called nerdiest.com but obviously it’s a scene from the movie The Last Jedi

Proof, in case you doubt it, that I was there.  I barely believe it myself

Inside one of the “beehive” shaped monk’s cells

The other physical challenge is that it’s more than an hour on the boat to get there, several hours on the island, and an hour to get home. And there are no toilets on the island.

All in all it was worth it, however! And not just for the Star Wars connection. Seeing how the monks lived more than a thousand years ago was a moving experience.

There were plenty of other things to do while there, including a visit (several in fact) to the local chocolate company and another to a school where all the students (fifteen total) are educated only in Irish, an immersion into a language that I never heard from Grandma Duffy back in New York. We also spent lots of time eating, telling stories, playing music, eating some more… Steve in his retirement has taken up cooking, took a class in it in fact, and it will take a month for my waistline to recover.

Steve’s wife Moira gave me a ride to Dublin the day after this trip, just in time for the opening of the Dublin World Science Fiction Convention. That was five intensive days of 6000 science fiction writers, editors, and wanna-be’s, in a space that could easily have handled 4000. Pretty much the only events I managed to get into were the ones where I was speaking; but that was enough (six events) to keep me busy, speaking on everything from Christian symbolism in fantasies, to the latest results from the recent asteroid missions. The best part was that twice I was on a panel with Jocelyn Bell Burnell, the discoverer of pulsars, about whom you can read more here.

Photo courtesy of the Carmelite Fr. Johan Bergström-Allen… spot the Guy of today and the Guy of 1975

From Dublin I flew to York, where I gave two lectures as part of the Ebor lecture series (Ebor is the Latin name for York). One fun one was about my adventures as a Vatican astronomer, where most of the audience were kids. I showed a bunch of slides including one with me and my fellow graduate students, the first cohort of students at the University of Arizona Lunar and Planetary Lab, back around 1975. The more formal talk, that evening, featured the Dean of York Minster serving as moderator for my session, one in a series that they ran this year on the topic of Faith and Science. The latter talk was one of those odd experiences I have every now and then where I seem to wake up after the talk is over, wondering what happened and what I said. I am told that people laughed at the appropriate places. 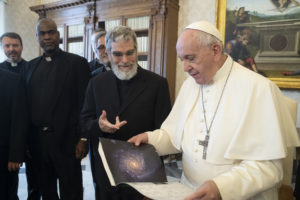 Finally I got back to Rome, just in time to prepare for a week with all the other astronomers from the Vatican Observatory, both the Tucson and the Rome contingents, working together for three days and ending up with a private audience with The Boss. It was the end of a long day for him and we had decided to pass on formal statements to each other. Instead, we mostly swapped stories and told jokes.