Seven days into this particular lunation, we had a favorable libration just at the northern edge of the limb on this image. It allowed for a very good view of a couple craters not usually seen so well. The large dark area in the lower left is the north shore of Mare Crisium and Mare Angius the dark meandering patch on the right side of Crisium. Notice just above it is the large crater Cleomedes (129km dia.) and above that is the well defined Geminus (88km). Then at the top edge of the image is Messala (128km) with its nicely terraced walls. Moving towards the limb you see another fairly well defined crater, Berosus (77km) and to the lower right another similar sized crater with a curious dark stripe across it’s floor, Hahn (87km). It appears from Lunar Orbiter images and the Gazetteer of Planetary Nomenclature: 1:1 Million-Scale Maps of the Moon, that most of the northeast half of the floor on this crater is simply a darker material than the southwestern half.

On the limb, straight across right from Crisium is a dark floored crater. This is Hubble (83km) not often seen this well with its longitude of 87°. This crater is named after Edwin P. Hubble as is the famous telescope and minor planet (2069) Hubble. Below it is another dark floored crater, Cannon (60km). Further in towards Crisium is the outline of the crater Plutarch (70km) which is usually the near limb feature for this region! 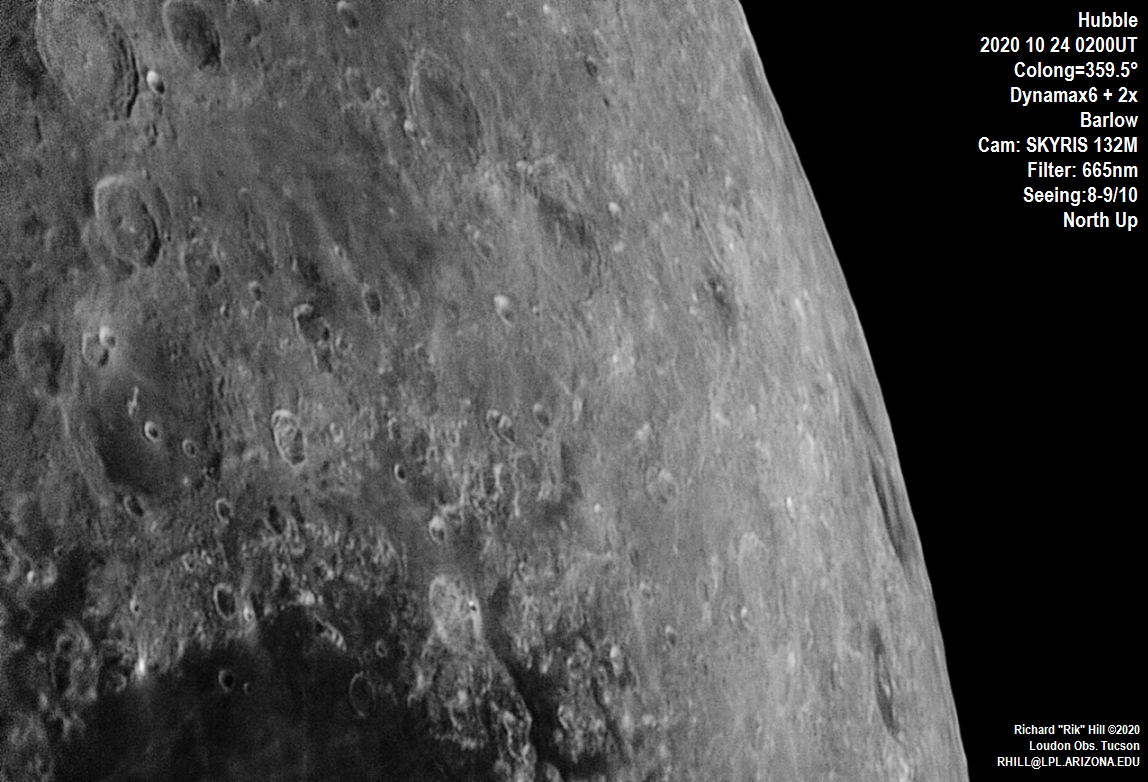