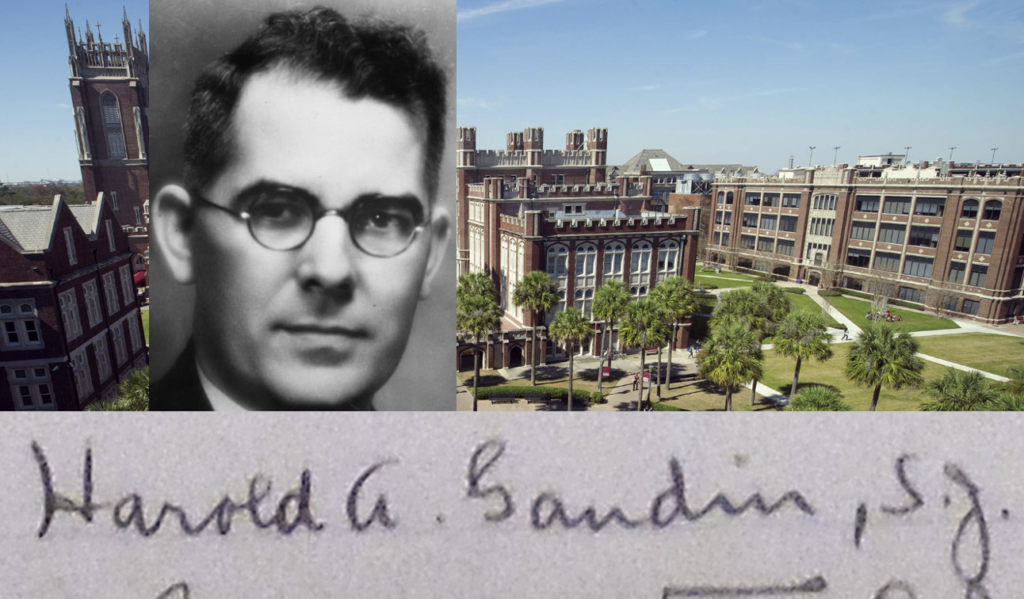 Since its founding in 1891, many people have passed through the doors of the Vatican Observatory.  A quick perusal of our guestbook reveals several Names, including Popes, Nobel laureates, astronauts, actors, and saints. Today’s guestbook entry is from March 4, 1935, when Fr. Harold Gaudin S.J. made a visit.

He came in a group of 8 American Jesuits, five of whom were based in Rome at the time. This was not the first time Fr. Gaudin had been to Rome. He had done his doctoral studies in philosophy and theology at the Gregorian University.

He also served several parishes as pastor. From 1942 until 1946 he was pastor of St. Joseph’s church in Macon GA and was the founding pastor of Sacred Heart Church in Warner Robins GA.